'They had the right intentions in mind.' 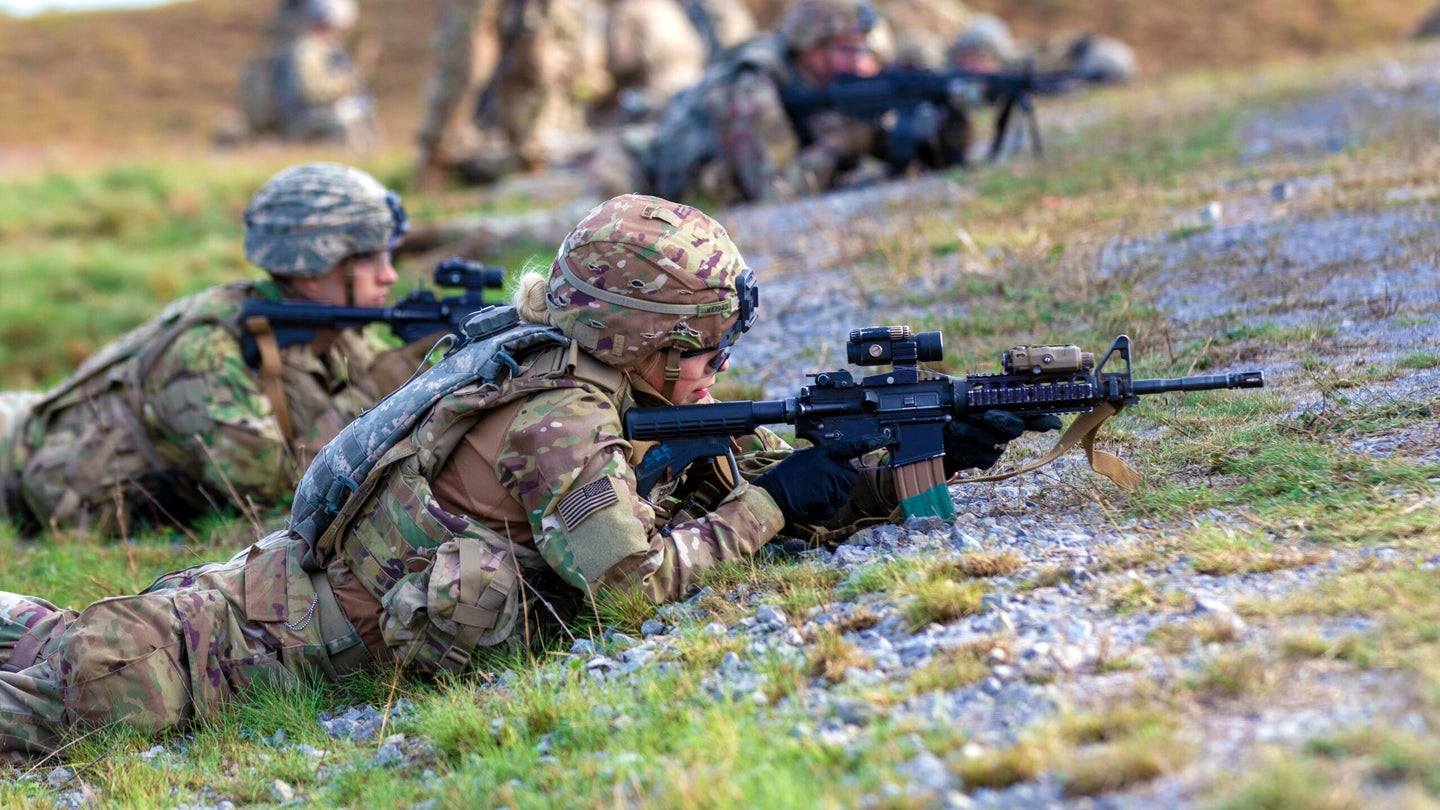 A pregnant specialist in the Oregon National Guard is back home on Thursday after staying in her unit armory for an unclear amount of time while her battalion was gone for annual training this week.

According to an Instagram post on Wednesday night, a soldier with the 41st Infantry Brigade Combat Team told her leadership she was pregnant before annual training began on Sunday, and when she provided them a letter from her doctor they said “she could hang out in Casa de Armory.” By Thursday afternoon the post had gotten the attention of Sgt. Maj. of the Army Michael Grinston, who commented: “Terrible story – I’m working with the [National Guard Bureau Command Sgt. Maj.] to fix it.”

Lt. Col. Pete Wood, commander of the brigade’s 2nd Battalion, 162nd Infantry Regiment, confirmed some of the details of that post. He said he was notified on Wednesday night that a female specialist was staying in the battalion’s armory building while the battalion was out conducting training.

“I learned while I was there that that was a soldier within the medical platoon, confirmed that the soldier was pregnant, and was living or staying at the armory,” Wood said. “I immediately took action” and ordered the soldier sent home.

Wood said that within hours, another soldier who wasn’t at annual training had driven to the armory to pick up the specialist, Wood said. She was home by early Thursday morning. He said her company leadership is “brand new” after taking command in March, and “they had a little bit of a miscommunication on what they thought was the right thing to do.”

“They had the right intentions in mind,” he said. “They wanted to be sure the soldier was still able to receive her [annual training] pay, but yeah it was miscommunication on what was authorized as far as being able to stay within the armory.”

Wood said the specialist told her commanders she was pregnant just last week, and while he’s still trying to get the details of what happened he has been told that the soldier “agreed to the plan.” But, he said, there were likely better options available, like doing “annual training later in the year, or looking at doing something closer to home.”

It’s unclear if the specialist had been staying in the armory since Sunday, when the unit left for training in Yakima, Washington; Wood said he believes she went home after one or two days, but he is still trying to figure out how many nights she spent in the armory, if she was sleeping on the couch — as the Instagram post said — or if “she was driving all the way home.” The soldier lives about two hours from the armory.

While the Instagram post said the soldier was given “two MREs; one for her and one for the baby,” Wood said he couldn’t confirm those details.

The incident comes as the Army continues to build “cohesive teams” and push its “people first” initiative, which boils down to soldiers looking out for one another, and leaders caring for their people.

“NCOs own the culture of our units … so it’s time for our senior NCOs to identify the root causes of the problems and take ownership, and then really get to work,” Sgt. Maj. Grinston recently told reporters while at Fort Eustis, Virginia.

Wood emphasized that the chain of command in Oregon “cares about our soldiers, and we want to make sure our soldiers are taken care of,” though he admitted it “probably didn’t appear that way in the social media post.”

“Obviously I had a long, lengthy conversation with the command team last night and again this morning,” Wood said. “So we will continue to mentor our new command teams.”