A would-be Islamic terrorist, busted for a plot to hurl grenades into the multitudes of Times Square tourists, pondered blasting the new World Trade Center with a massive rocket launcher, according to a criminal complaint filed Friday 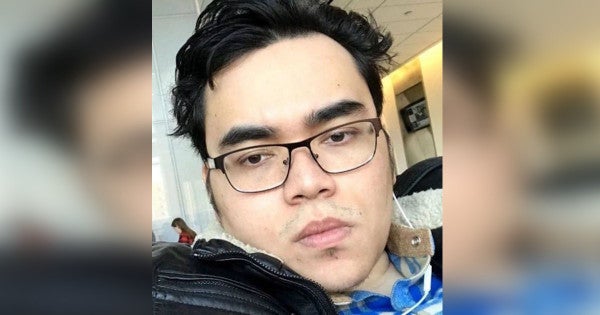 A would-be Islamic terrorist, busted for a plot to hurl grenades into the multitudes of Times Square tourists, pondered blasting the new World Trade Center with a massive rocket launcher, according to a criminal complaint filed Friday.

Alam, during a March 21 meeting with a law enforcement undercover, declared that “seeing the flag of Islam on the Twin Towers or the Empire State Building” would make him happy.

One week earlier, the Queens man discussed an attack on the new WTC as he drove along the West Side Highway past the 1,776-foot building that opened in 2014.

“Probably a rocket launcher, like a huge one,” Alam replied, his voice dropping to a whisper, when asked about his approach. “Available tools, probably a bomb.”

Alam was arrested Thursday following a sting operation that ended when an undercover officer sold him two Glock 19 9mm semi-automatic weapons for use in his planned Times Square carnage. The weapons were provided with the serial numbers obliterated.

Investigators described Alam as a lone wolf, and do not believe he was part of a larger plot, sources said.

Alam initially spoke about using a suicide vest packed with explosives and shrapnel in either Times Square or the nation's capital, authorities alleged.

“Yeah, man, that s— is painless,” Alam told the undercover, who was in contact with the suspect for the last 10 months. “You die right away. Better than prison, right?”

During a January meeting, Alam boasted that they could become “legends” if they executed the Midtown assault at the epicenter of the city's tourist trade.

A neighbor in Alam's Jackson Heights building said he and his parents moved in about six years ago. The FBI descended on the property Thursday night and spent about four hours conducting their investigation.

“Oh my God, I'm so surprised,” said next-door neighbor Shamsi Ara, 47. “They are nice, hardworking. They're just simple people … I don't see him hanging out on the corner. I see him with his backpack. He always says 'Hi.'”

Previous plots targeting the Crosswords of the World included a failed car-bombing plot on May 1, 2010 when the explosive device fizzled on West 45th St. and a nearby handbag vendor alerted cops.

Faisal Shahzad pleaded guilty and was sentenced to life in federal prison. The one-time suburban Connecticut dad was also an admirer of Osama bin Laden, and was unrepentant at sentencing, saying he was part of a group of “proud terrorists.”

A March 6, 2008, bombing of the military recruiting station in Times Square remains unsolved. In that case, a man rode up on a blue bicycle and left a bomb next to the station. The explosion shattered glass, but didn't hurt anyone.

Alam, during an April 25 trip to a Pennsylvania shooting range, asked the undercover for a ride back and forth from a Lasik surgery appointment to improve his vision.

“Let's say we're in an attack, right, say that my glasses fell out,” an amused Alam explained of his motivation for the surgery. “What if I accidentally shoot you? You know what I mean? Imagine what the news channel would call me, the 'Looney Tunes Terrorist' or the 'Blind Terrorist.'”