The program is meant to "strengthen bonds of friendship, understanding, and interoperability." 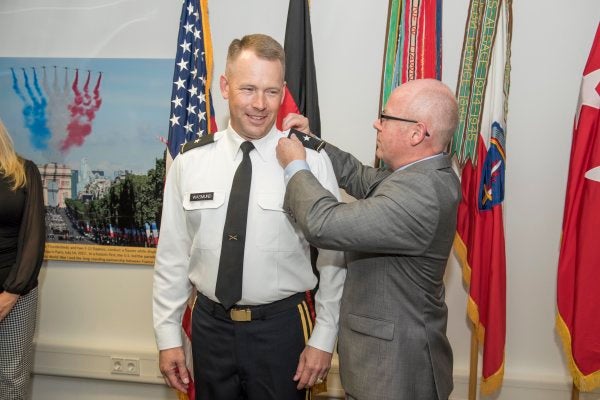 For the first time ever, an Army general officer is heading to Marseilles, France, to serve as the deputy commander of France's 3rd Armored Division.

Wasmund is set to begin his assignment early next year, according to the Army, while Cottereau, who will take over as deputy commanding general for readiness of the 3rd Infantry Division at Fort Stewart, will start this summer after arriving at Fort Stewart earlier this month.

The Army said that exchanges will last between two and three years and are meant to “strengthen bonds of friendship, understanding, and interoperability between the countries and their respective military operations.”

“The program has both tangible benefits of enhancing interoperability and supporting theater security cooperation objectives,” Leonard said.”And intangible benefits of relationships that include understanding and respect of cultural and procedural differences.”

Correction: A previous version of this article mistakenly said Brig. Gen. Todd Wasmund would be commanding France's 3rd Armored Division. He will be the deputy commander.