Army Col. Gregory S. Townsend died Monday from injuries he sustained while trying to help a Virginia motorist change a tire, according to Army officials at Fort Lee. 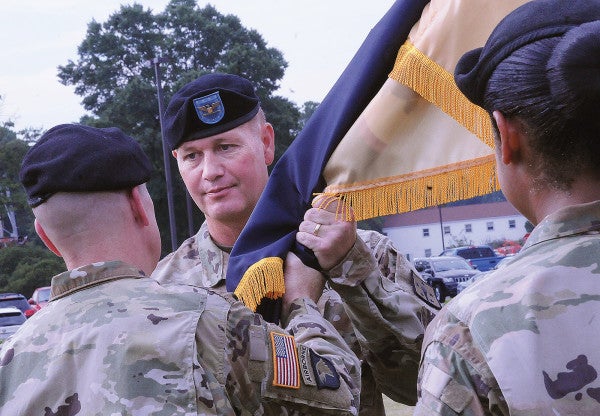 Army Col. Gregory S. Townsend died Monday from injuries he sustained while trying to help a Virginia motorist change a tire, according to Army officials at Fort Lee.

Townsend, the commander of 23rd Quartermaster Brigade at the Army's Quartermaster School, pulled off Route 460 on April 18 to help a motorist with a tire change. The vehicle fell on him as he was finishing up, officials said in a statement.

He was flown to VCU Medical Center in Richmond “where he received treatment until his death” on April 22, the statement added.

Townsend, 46, joined the Army in 1996 and had deployed twice to Iraq and once to Afghanistan, according to the Richmond Times-Dispatch. His previous assignments included tours with the 82nd Airborne Division, 10th Special Forces Group, and Africa Command, according to his LinkedIn profile.

“The loss of Col. Greg Townsend is devastating for his family and the Army. He was a dedicated leader and the most genuine man you could meet,” Brig. Gen. Douglas M. McBride Jr., 55th Quartermaster General and commandant of the Quartermaster School told the Times-Dispatch.

“Our thoughts and prayers are with Greg's family and friends during this very difficult time. His legacy as a servant leader will live on in the hearts and minds of all soldiers that he has served with and led.”

Townsend has been the commander of the 23rd QM BDE since July 2017.