This Army surgeon can break every bone in your body while naming them. Now he’s headed into space

"The greatest honor of my life was to serve alongside them in a combat zone when our country asked us to. And nine months in space isn't going to change that." 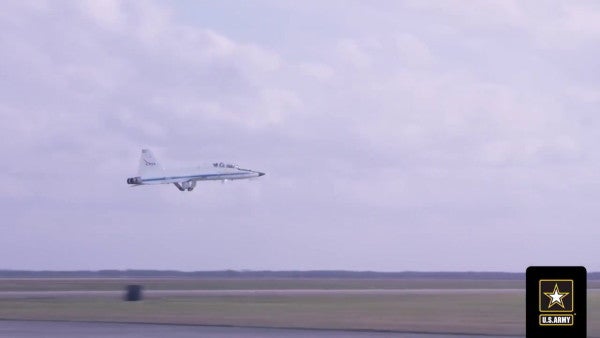 On the 50th anniversary of the Apollo 11 moon landing, Army Col. Andrew Morgan will leave the Earth for the International Space Station. And even though it will be Army surgeon-turned-NASA astronaut's first time in space when he breaks through the atmosphere on July 20, he says it was his more than two decades in uniform that prepared him most for the upcoming mission.

“I chose to start serving my country when I was 18 years old,” Morgan, who will blast off from the Baikonur Cosmodrome in Kazakhstan aboard a Soyuz MS-13 spacecraft alongside his two fellow crew members from Italy and Russia, said during a call with reporters on April 19. “I've been doing that for 25 years. This is a continuation of that service.”

Morgan began his astronaut training in 2013, and he's been prepping for this mission specifically for the last year-and-a-half. During his time aboard the International Space Station, he will participate in as many as 250 experiments that study how the human body reacts to life in space.

“Everything that I am as an astronaut was a result of skills and attributes, and traits that I developed as a military officer,” Morgan said. “Everything from my undergraduate degree; to my medical school; my medical specialty training; my military skills; jumping out of airplanes; diving; working in and around aircraft — all of that came from the military.'

“When NASA selected me as an astronaut, they were selecting a guy who is a complete product of military education,” Morgan, who also comes from a military family, added. “The technical aspect laid the groundwork, but there's no doubt in my mind that the interpersonal leadership, and taking care of people, those are the skills I rely on the most and those are going to be the most important when I'm working with the crew and living in space for nine months.”

Morgan may be a surgeon by trade, but he's a soldier first, which means that in addition to being able to break every bone in your body, while naming them (not unlike Dr. Watson from BBC's Sherlock) he's no stranger to hardship, grueling workups, and long stints abroad, having deployed twice to Afghanistan and once to Iraq alongside U.S. Army Special Forces.

“I was a physician attached to Special Forces units so I wasn't necessarily based out of a hospital, so the soldiers that we had that were doing some of the most dangerous and brave missions that our country was performing at the time, I saw, unfortunately, some very terrible things,” he said. “The reality is that the majority of the time it was routine, punctuated by a few short periods of time where things got a little bit more intense.”

Though Morgan will be further from home than he's ever been before, he said “the separation is something I've experienced,” and this time around he said his four children, who range in age from 8 to 15, will be able “to remember this in a way that they don't necessarily remember my military deployments.”

“There are a lot of similarities between being deployed and preparing to go to space,” he said. “It goes through the phases of a life cycle, much like a deployment, of preparing, deploying, and re-deploying and going through our rehabilitation reconditioning period, the way there's a refitting period after a deployment.”

From left, Tyler Hague, Andrew Morgan and Nicole Mann look over a map during their NASA wilderness survival training.(NASA)

Though Morgan is quick to point out the ways his military service overlaps with his NASA training, he admits there's one major difference between serving on the ground, and serving in space — beyond the obvious — and that's the food.

“We have a huge variety of space food, not only the food that's available on the U.S. menu, but all of our international partners, the Japanese, Russian, European, all contribute their own space food, so we have a giant variety, so that makes a big difference,” he said. “I know it's kind of the classic complaint from a soldier, about the quality of food, but I think most soldiers these days would agree that MREs are higher quality than they've ever been and I've seen them evolve over the years.”

After living off of MREs for 60 days at Ranger School, the 43-year-old from New Castle, Pennsylvania, said he “learned to love them, and it made me partial to them in a very visceral way.”

Despite his upcoming mission — which will see Morgan join a select group of human beings who have literally touched the heavens — he said his greatest point of pride is having served alongside his brothers and sisters in uniform.

“The greatest honor of my life was to serve alongside them in a combat zone when our country asked us to,” Morgan said. “And nine months in space isn't going to change that.”