"He was a man of immense character and kindness" 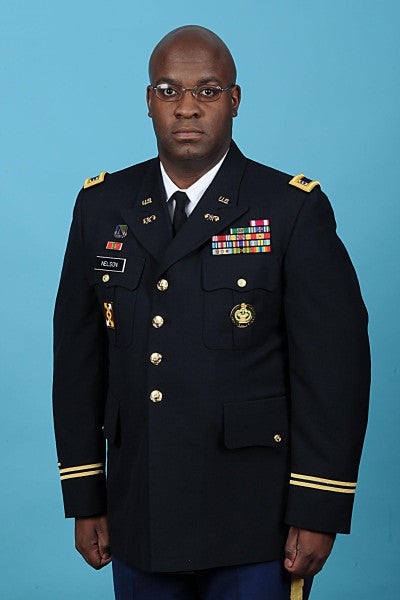 A 25-year Army reserve officer died on Sunday, weeks after he donated bone marrow to help save a 14-year-old boy in France.

Chief Warrant Officer 2 Derrick Nelson, a principal at Westfield High School in New Jersey, was contacted by the national non-profit Be The Match in October 2018, the high school's student-run newspaper Hi's Eye reported in February. After more than two decades since Nelson donated blood in a blood drive while in college, Be The Match was wondering if they could test his blood to see if it was a match for a teenage boy with in France with an undisclosed illness.

He agreed, and the test came back positive with a positive match. Nelson planned to donate stem cells through his bone marrow.

Nelson's father, Willie, told NJ.com that after the donation procedure in February, his son's eyes were open and he was able to recognize his family around him, but he was unable to speak or move.

“We really don't know the full story of what happened,” the elder Nelson said. “We were expecting him to come out of the coma he was in. But he didn't make it.”

A 16-year-old student at Westfield High, Marcela Avans, told NJ.com that Nelson “was the type of man that used authority was still such an approachable man. I can't name a single person that didn't like him.”

Another student, 17-year-old Emma Roth, said she always remembers him “with a smile on his face at the games … He was different from any other principal I've ever had.”

Shelley Brindle, Mayor of Westfield, said on Facebook that Nelson's passing is “a tremendous loss for our community … He was a man of immense character and kindness, and his legacy will live on in the generations of students whose lives he touched.”

According to Hi's Eye, Nelson was exactly that — a man of immense character. He told the student newspaper of the procedure, “If it's just a little bit of pain for a little bit of time that can give someone years of joy, it's all worth it.”

“We express our deepest sympathies to the family and friends of Chief Warrant Officer 2 Derrick Nelson,” U.S. Army Reserve Command spokesman John Bradley told Task & Purpose in a statement. “We share in the sorrow felt by his loved ones, and we must not forget the valuable contribution he made to his country and the impact he has left on our organization.”

Nelson joined the Army Reserve in February 1994, serving as a Chemical, Biological, Radiological, and Nuclear Warrant Officer. Among his assignments was a year-long deployment in Kuwait, from June 2013 to July 2014. He leaves behind a fiancé and 6-year-old daughter, per NJ.com.