‘The Bone Marrow Guy’: This Fort Bliss soldier has registered thousands of soldiers to save lives

Spc. Christian Sutton has helped sign up more than 2,000 soldiers for a bone marrow donation registry. 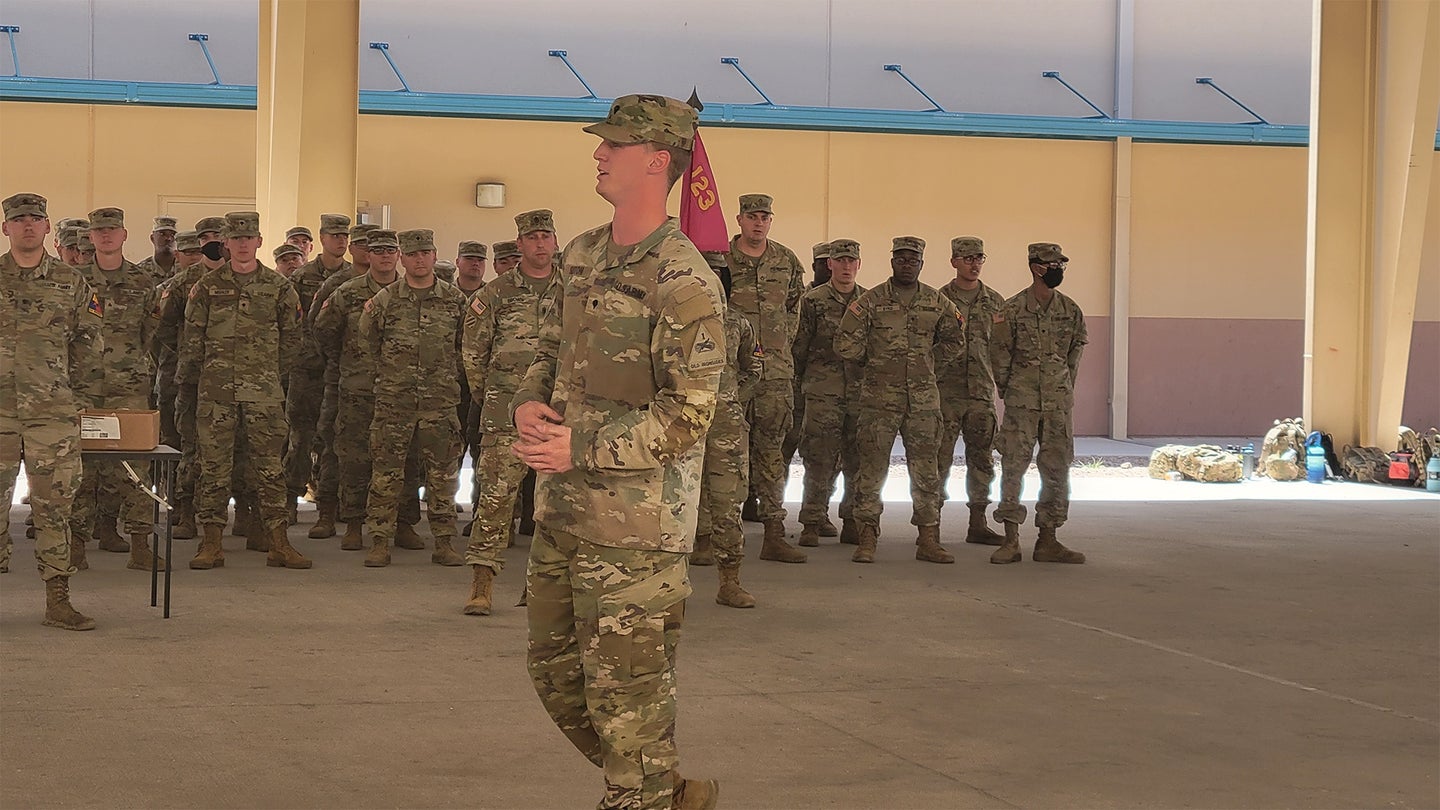 In the summer of 2021, Spc. Christian Sutton, a soldier stationed at Fort Bliss, Texas, went to a punk rock concert in nearby El Paso with some friends.

“I don’t really like that stuff, but I got invited,” said Sutton. “There was this table there called ‘Punk Rock Saves Lives.’ It caught my attention and I thought it was a cool idea to have these humanitarian drives in a kind of unorthodox place.”

One thing that Punk Rock Saves Lives does is register people to become bone marrow donors. And a couple of years after that concert, Sutton, a satellite communications systems maintainer with the 40th Brigade Engineer Battalion, has helped register thousands of soldiers at Fort Bliss to become donors, so that if they are a match with someone suffering from various forms of cancer such as leukemia, they can donate their bone marrow for a potentially life-saving treatment.

Shortly after the concert, Sutton reached out to one of the bands about the bone marrow donations. Punk Rock Saves Lives couldn’t work with him, but he eventually found himself in contact with Salute to Life, which is a bone marrow donation registry of Department of Defense personnel and their dependents.

“I got in touch with Chad Ballance at Salute to Life. He told me how they organize these drives and provided me with all the resources,” said Sutton. “So the day I got those I put them in a manilla envelope and took them to my brigade commander, my battalion commander, and my company commander.”

Soon enough, Sutton was speaking with his company commander and then the brigade surgeon, and then pitching the idea to his command team for a bone marrow donation drive.

After getting back from leave in December 2021, Sutton went into a meeting to discuss the drive.

“I had Chad [Ballance] on the line to answer any questions. So they had me write a [concept of operations] for the event,” he said “Fort Bliss has a very high [operational tempo], so I wanted to make sure the events were designed to suit that and maximize participation as much as possible.”

Ballance, a retired Air Force chief master sergeant, is a senior recruiter with Salute to Life and himself a donor.

“Since the program started in 1991, we’ve registered over one million DoD personnel, and we average around two hundred to three hundred people contacted every year,” Ballance said. “It takes about 430 people to find a donor, so just with the people Christian has registered already, you’re looking at five lives saved.”

The process for registering is fairly simple — all it takes is a nasal swab, a bit of paperwork, and then your sample is submitted to the registry. If you match with someone in need of a donation, you undergo a physical and a blood draw, and if you are still a good match, you can begin the donation process. Most donations are through stem cells, and it’s a simple procedure. A needle in your arm, and a few days of feeling fatigued.

“I had a lot of support — my 1st Sgt., my company commander, the brigade surgeon, people who would volunteer to help set up tables — and I learned how I wanted to run these events.”

Organizing the event meant that Sutton — as just a specialist, was meeting with company commanders and first sergeants and organizing the specific times to come by and run the donation drives.

“I’ve been to 121 meetings, from my own company commander up the brigade sergeant major level,” said Sutton

In March 2022, Sutton was approved for his first donation drive, dubbed Operation Ring the Bell, speaking in front of battalions from his brigade.

“The entire event was designed to take 30 minutes from when I opened my mouth before I was shoving boxes into my Ford Fiesta, knocking off my window rolling handle half the time,” as Sutton wrote in a post on the r/Army Reddit page in August 2022.

“I was pretty nervous, speaking in public,” said Sutton. “But pretty soon I learned I could handle it, and every surprise challenge that’s come up since then I’ve been able to handle more and more on my own, and build up a network around post to help me find resources.”

Sutton also built a trophy — a big femur bone — out of junk wood from a local lumber yard.

“I want to have some continuity after I leave, so the trophy is a way of getting a foothold,” said Sutton, adding “whenever someone makes my job a little easier, I make sure to give them the Specialist Coin. It always gets a laugh.”

The Specialist Coin is less a coin and more a big hunk of wood with the specialist rank in front of crossed bones. It was previously a private first class, or Pfc. Coin, and stems from an earlier prank Sutton came up with while working at the Doña Ana Village for Afghan refugees as part of Operation Allies Welcome in 2021.

“It started out as a harmless joke to pass the time,” said Sutton. “Whenever a high ranking individual would enter our AO, I’d gather a bunch of soldiers and wait for them around a corner. Then I’d step out, give a cliche speech like ‘I just want to say you’ve been doing a kick-ass job here, and I want to award you the highest honor I can; the coveted Pfc. Coin.’”

At one point, Sutton was even able to hand one over to Sgt. Maj. of the Army Michael A. Grinston.

“It was a big deal when the SMA was coming to Fort Bliss, but it was supposed to be my day off. I got permission to come in, though,” said Sutton. “The SMA was going to be eating with a couple of soldiers from every battalion, so I relieved the guy whose job it was to hold the tent shut. Then, when [Grinston] was leaving he was going to give a coin to the door guy, so I reached out and said ‘I have something for you too, the coveted Pfc. Coin.’”

Working at Doña Ana Village was also influential to Sutton in working to help others.

“It was a really cool time in my life, it made me think about how I prioritize my time now.”

Since March, Sutton has helped organize 29 bone marrow drives at Fort Bliss, signing up 2,284 soldiers for the registry. His next event will be at William Beaumont Army Medical Center on January 15, 2023.

“The reason I first posted about it [on Reddit] was because if I’m just a specialist running this on my own in my own spare time, there’s no reason someone else can’t do the same thing at another base,” said Sutton.