“The agility of the U.S. military’s distributed method for strike missions and the suddenness of those strikes will increase immensely.” 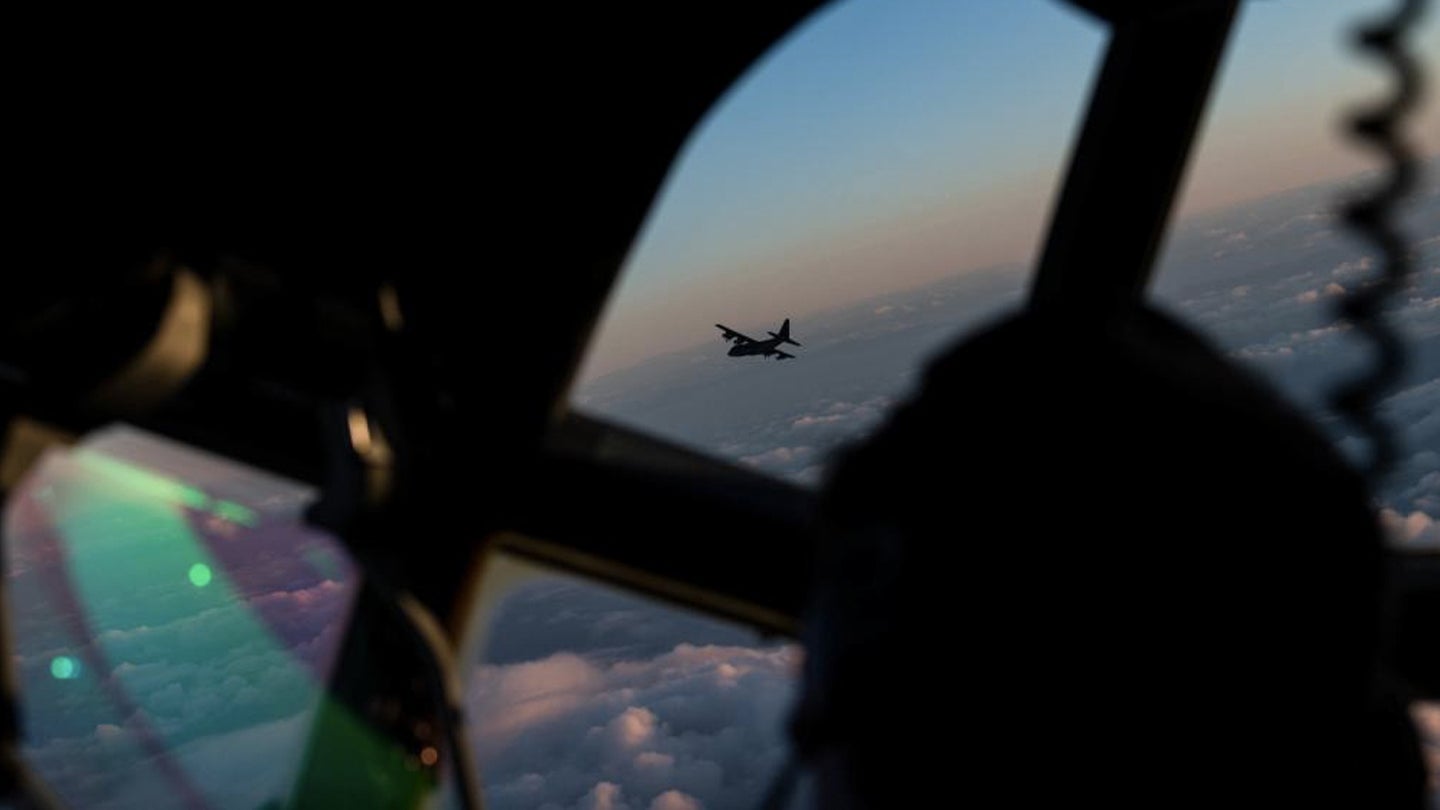 The U.S. Air Force is thinking outside the box, and it is probably keeping Chinese military leaders up at night.

Chinese military officials are likely alarmed by the Air Force’s efforts to launch cruise missiles out of cargo aircraft, according to an analysis by a U.S. Air Force civilian researcher who specializes in Chinese aerospace studies.

Launching weapons out of cargo aircraft could complicate an enemy’s targeting priorities, make it more difficult for them to detect an incoming threat, and give the U.S. and its allies more options for striking the enemy at a low cost.

That enemy may be China’s People’s Liberation Army in the near future, if the predictions of U.S. national security officials prove accurate.

Rapid Dragon is the name for the Air Force effort to launch long-range missiles from cargo pallets dropped out of the back of cargo aircraft. In November, two Air Force MC-130Js successfully conducted a live-fire demonstration of Rapid Dragon using a Joint Air-to-Surface Standoff Missile over Norway.

“An MC-130J is the perfect aircraft for this capability because we can land and operate from a 3,000-foot highways and austere landing zones whereas a bomber cannot,” said Air Force Lt. Col. Valerie Knight, mission commander of the 352d Special Operations Wing during the operation, in a November press release following the successful Rapid Dragon test.

The JASSM’s long range, combined with the MC-130J’s ability to land where bombers cannot, would be bad news for any possible enemies, and PLA leaders seem to have noticed, according to Solen’s analysis.

Solen drew his observations from an article published Nov. 22 in the Science and Technology Section of China National Defense News, which the researcher described as “a sister publication of the PLA Daily, the mouthpiece of the Chinese Communist Party’s (CCP) Central Military Commission, which is equivalent to the U.S. Defense Department.”

“In a state of war, sorties by transport aircraft far exceed those of bombers, and opponents have difficulty tracking them closely,” wrote Xi, according to Solen. “When a transport aircraft carrying palletized munitions flies to just outside a defensive perimeter and fires stealth cruise missiles, it is generally difficult to detect and discover it.”

Xi predicted that once a transport aircraft is armed with palletized munitions, “the agility of the U.S. military’s distributed method for strike missions and the suddenness of those strikes will increase immensely.”

Indeed, increasing strike agility is part of the goal of Rapid Dragon.

In fact, the reason why the program revolves around putting missiles on cargo pallets is so that the weapons can be rolled on and off a cargo transport without any modifications to the aircraft. The Air Force alone has more than 200 C-130s, while the Navy and Coast Guard have a few dozen more. More than 40 countries fly the C-130, the Air Force wrote, so if U.S. allies want to drop palletized munitions, they likely have the means to do so.

“It’s really easily exportable to our partners and allies around the globe that may want to increase the utility of their air force,” said then-head of Air Force Special Operations Command Lt. Gen. Jim Slife last year about Rapid Dragon. “When you look at partner capability, we have a lot of partners around the globe that don’t have heavy bomber-type platforms that would be traditional carriers of those types of munitions, but they’ve got plenty of C-130s proliferated around the world.”

The proliferation of C-130s is one of the factors that makes Xi worried about Rapid Dragon, Solen wrote. Still, not all Chinese writers appear to share that view. Solen noted an article that appeared on Nov. 16 in the international section of China National Defense News where the writer, Liu Haochang, cited unnamed “analysts” saying that it would be “excessively wishful thinking” for U.S. military planners to hope that efforts like Rapid Dragon would complicate an enemy’s targeting picture.

“To a military with sufficient air defense forces, any enemy military aircraft in the midst of an armed clash is a target for strikes,” Liu cited the analysts saying, according to Solen.

However, Solen pointed out a factor that appears to hurt the credibility of Liu’s analysis. The international section of China National Defense News “usually downplays the efforts of Beijing’s enemies,” while the science and technology section in which Xi’s article appeared “tends to publish straight news,” he said. The downplaying is evident when Liu tries to quote a U.S. defense industry official’s doubts about efforts such as Rapid Dragon, but the writer ends up misattributing the quote and embellishing its meaning.

Liu tried to quote an executive from defense company L3Harris saying that Rapid Dragon “will not help resolve the compositional problem of its fleet of military aircraft,” Solen said. However, the  Defense News article that Liu cites does not feature such a quote from a L3Harris official. The Defense News article does cite Heather Penney, an analyst for the Mitchell Institute for Aerospace Studies, who said that the Air Force still suffers from having a too-small, too-old aircraft fleet. However, Liu may have “intentionally misattributed this remark to the executive in order to create the impression that greater doubt exists about the USAF’s endeavor within the U.S. itself,” Solen said.

It is true that the Air Force fleet is no spring chicken, but Solen remarked that getting more use out of aircraft by expanding their mission sets would be welcome even in a younger fleet. More individuals within the Chinese defense establishment probably agree with Xi rather than Liu, Solen argued.

“[I]n this case, the PLA likely regards Rapid Dragon in particular as a credible threat,” he wrote. “The PLA is likely to regard the seriousness of that threat as significantly greater if Rapid Dragon is shared with American allies.”

Rapid Dragon is not the only U.S. Air Force effort to get more use out of its aging fleet of aircraft. Last August, the service also tried out using the venerable B-52 bomber as a cargo hauler in order to bring maintenance equipment out to the battlefield with them. In December, the Air Force also tried using a C-17 transport jet to refuel a B-2 stealth bomber, which “had never been done before,” according to a press release.

Top Air Force leaders are working hard to encourage a climate of experimentation among the rank-and-file, with many officials framing it as a requirement if the service hopes to defeat China in a possible war. Gen. Mike Minihan, the head of Air Mobility Command, which controls many of the Air Force’s C-130s and C-17s, said the time to conduct such experiments is now.

“I’d rather test that out now than try to figure that out when the shooting’s going on,” he said in front of thousands of airmen and aerospace industry members in September.

“Nobody is going to care what our plans are for five to 10 years if we lose tomorrow,” he added. “Our toys, our training, our desires are meaningless unless we maneuver them to unfair advantage and unrepentant lethality.”