“I’ve lived those things, I’ve danced on the edge of self-destruction.” 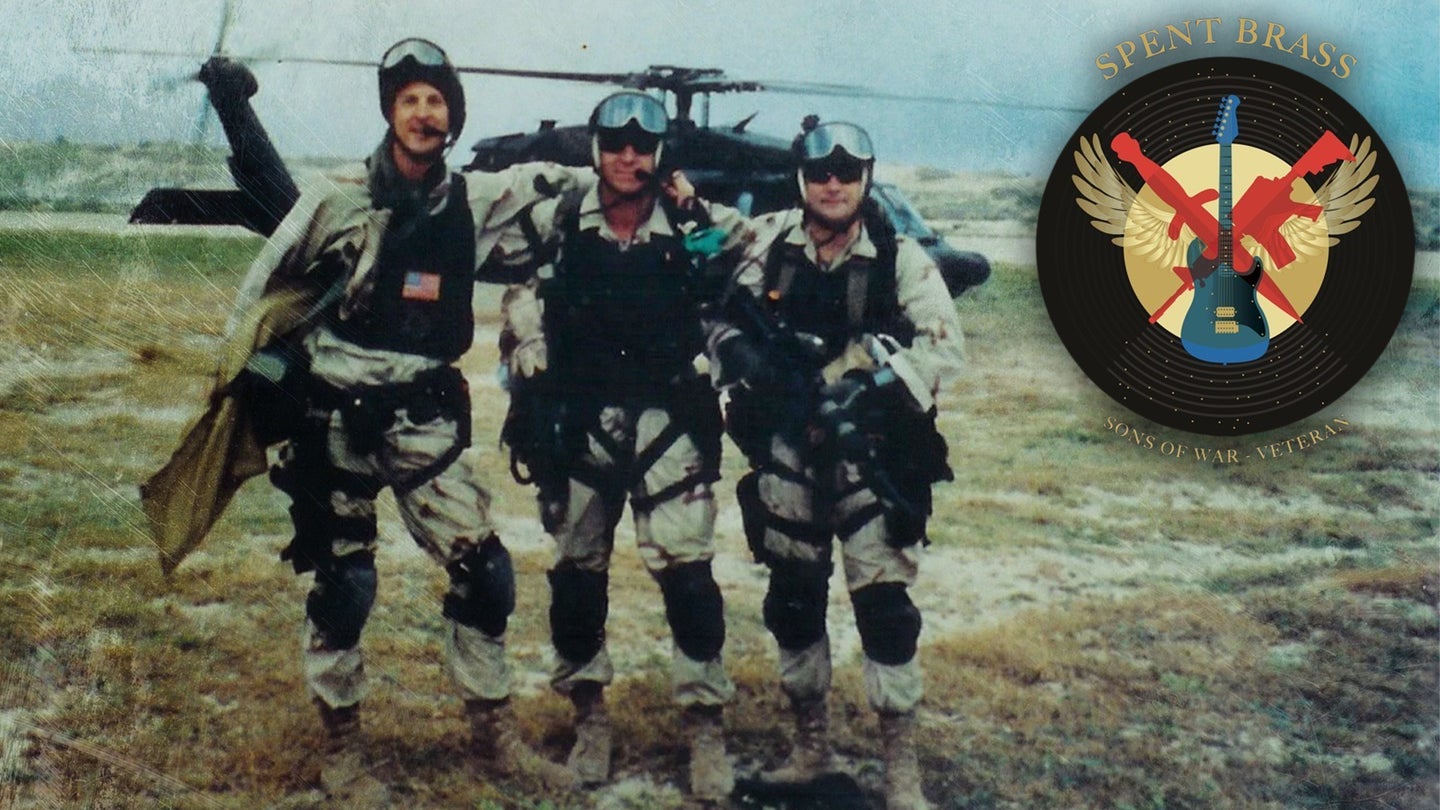 The trouble started with a modern alt-rock song. Dan Schilling enjoyed the rhythm, but as he listened to the lyrics, they just didn’t sit right with him. .

“I looked at the lyrics and the essence was all veterans are war criminals and it fucking pissed me off,” Schilling told Task & Purpose.

Schilling is an Air Force special operations veteran with more than 30 years in the military. After an initial stint in the Army, he joined the Air Force and was selected to join the ranks of the elite combat control community as a Special Tactics Officer. He has numerous deployments under his belt, including Operation Gothic Serpent — better known as Black Hawk Down. He’s also the author of multiple books, including The New York Times bestseller Alone at Dawn: Medal of Honor Recipient John Chapman and the Untold Story of the World’s Deadliest Special Operations Force.

Schilling can’t recall the name of the song that set him off, but it made him want to write something with the opposite message. Most songs with military themes are not positive, Schilling said, with a tendency to demonize veterans and their actions in combat or make life after service seem like miserable, trauma-ridden affairs. The songs that feel accurate — he pointed to pieces by Lee Greenwood — were ballads or softer songs.

So he started writing something more positive that could also be a good rock song. By his own admission, that was weird. He’s been a fighter and an author, but writing music was a shift. The end result is “Sons of War/Veteran,” a 7-minute-long rock track from the band Spent Brass.

He wrote the lyrics in 2020, but then life and world events forced him to set the project aside, but he couldn’t get the idea out of his head. He contacted guitarist, singer, and producer Duane Hibbard in early 2022. A trip to Los Angeles resulted in the two brainstorming ideas, to craft “an anthem for guys who go to war,” as Schilling put it. Together they formed Spent Brass.

From there they started recording, working with producer Michael Parnin of Blacksound Studios, who helped hone the sound. They brought in session musicians and spent a lot of time in the studio. Hibbard sings while Parnin is on lead guitar. The lyrics came from him, but Schilling stresses he wanted solid musicians to perform the song. He plays a bit of music but not at the level he wanted for this project. However, he does contribute keyboards at the end of the track.

As for writing the song, Schilling said he’s a “bit self-conscious” about it. Writing it based on his own experiences was a vulnerable process. “I’ve lived those things, I’ve danced on the edge of self-destruction,” he added.

The song is two in one. The first part, “Sons of War,” is about three people who sign up for the military, not knowing what they’ll get into and what combat is like. The second part, “Veteran,” deals with the trauma that comes after only two come back. Schilling compared it to “Funeral for a Friend/Love Lies Bleeding” by Elton John, another paired track where the two parts play off each other.

Schilling stressed one of the most important things for “Sons of War/Veteran” is that it had to be a good song. He enjoyed the other song’s rhythm, after all. He pointed to Rush as an inspiration, as well as Led Zeppelin and AC/DC. Right now the track is Spent Brass’ sole offering, but Schilling said he’d like to do more.

For now, the goal is for it to be something that urges people to turn up the volume when they play the track in their car.

“My hope was that this song rocks enough that guys I wrote it for will enjoy it and powerful enough to leave an indelible emotional impact crater,” Schilling said, “one you want to revisit over and over again.”