A new reality show will put a bunch of celebrities through ‘Special Forces’ training. What could go wrong?

Celebrity Green Berets? You love to see it. 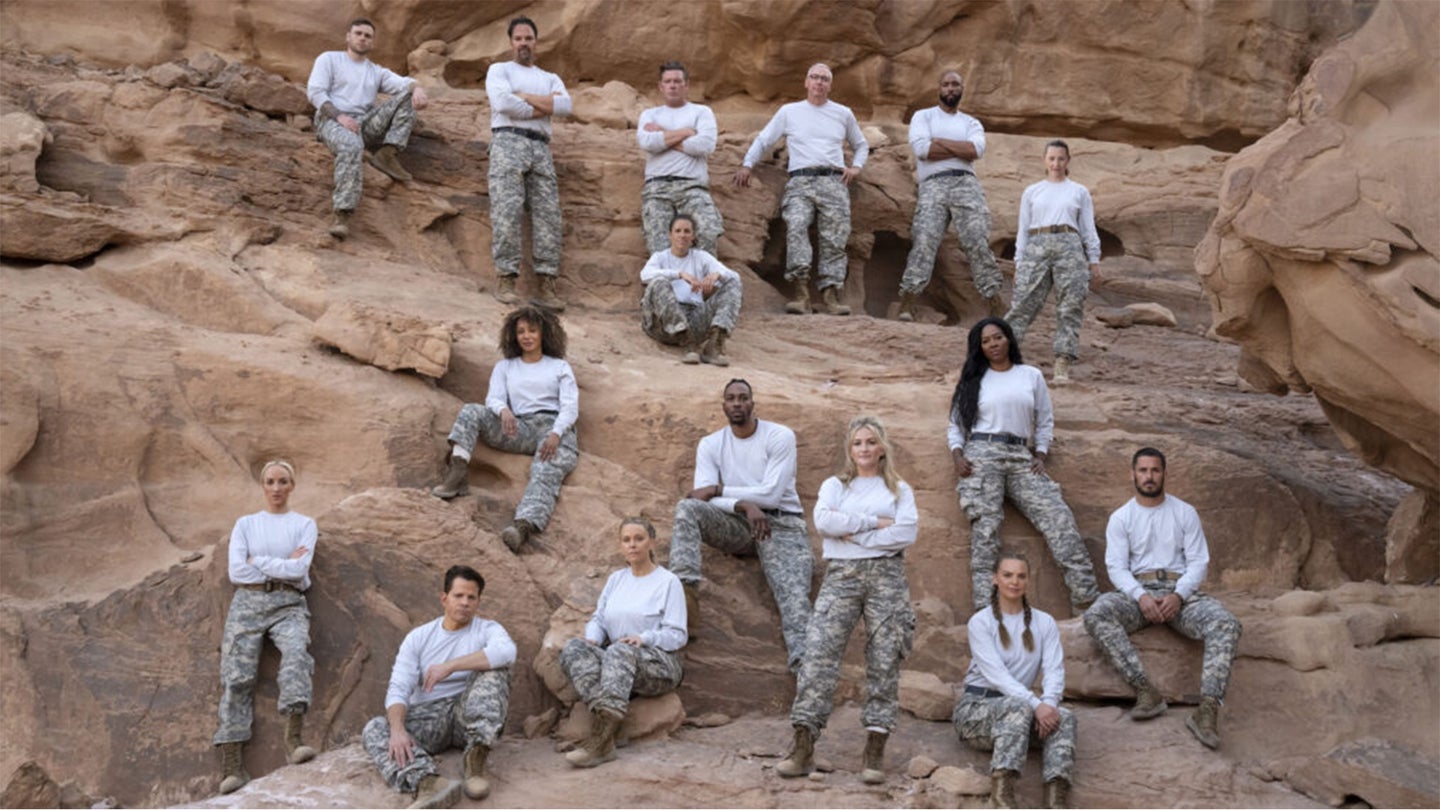 That’s the premise of a new show set to air on Fox.

Dubbed Special Forces: The Ultimate Test, the premise is that 16 celebrities, or at least 16 people who fall into the category of “wouldn’t recognize them on the street but they have a Wikipedia page,” are dropped into the Jordanian desert to undergo training overseen by, as Fox describes it, “an elite team of ex-special forces operatives.”

The show is based on a similar British program, called S.A.S.: Who Dares, which began airing in 2015.

Reyes you probably know as one of the recon Marines profiled in Evan Wright’s book, subsequently adapted into the HBO series, Generation Kill. Billingham is a former British paratrooper and member of the Special Air Service, an elite special operations unit. Fox is a former Royal Marine commando who served with the Special Boat Service. And Adeleke is a former Navy SEAL who also appeared in Transformers: The Last Knight.

As Fox Alternative Entertainment president Rob Wade said in an interview with Variety, “They’re completely removed from society and producers. The staff sergeants control everything within the camp. They live in the middle of the desert, 100 degrees, in a place where the toilets are literally a hole in the ground. Their beds are just a sheet over a metal bar. It’s completely back to basics.”

Other cast members include Kate Gosselin, who had eight kids and a TLC reality show, Jon & Kate Plus 8; Nickelodeon star and Britney Spears sister-haver Jamie Lynn Spears; Anthony Scaramucci, a Wall Street finance guy who paid $100,000 for a bit part in Oliver Stone’s Wall Street: Money Never Sleeps and spent 11 days at the White House communications director in 2017; and Montell Jordan, who you might remember from the song This Is How We Do It being played at every wedding, birthday party, and graduation held since 1995.

Throwing celebrities, or people who meet some criteria for fame, into survival scenarios isn’t a new premise. After all, this is copied from a British show where Love Island contestants and soccer — sorry, for all the U.K. readers out there, I mean football — stars go through some simulacrum of British Special Air Service training.

But the chance to watch baseball Hall of Fame catcher Mike Piazza or Real Housewives of Atlanta cast member Kenya Moore don some fatigues, crawl through the mud and get yelled at by one of the guys from Generation Kill? That’s entertainment we can’t pass up when it premieres in January 2023.