Some piracy lessons may be in order 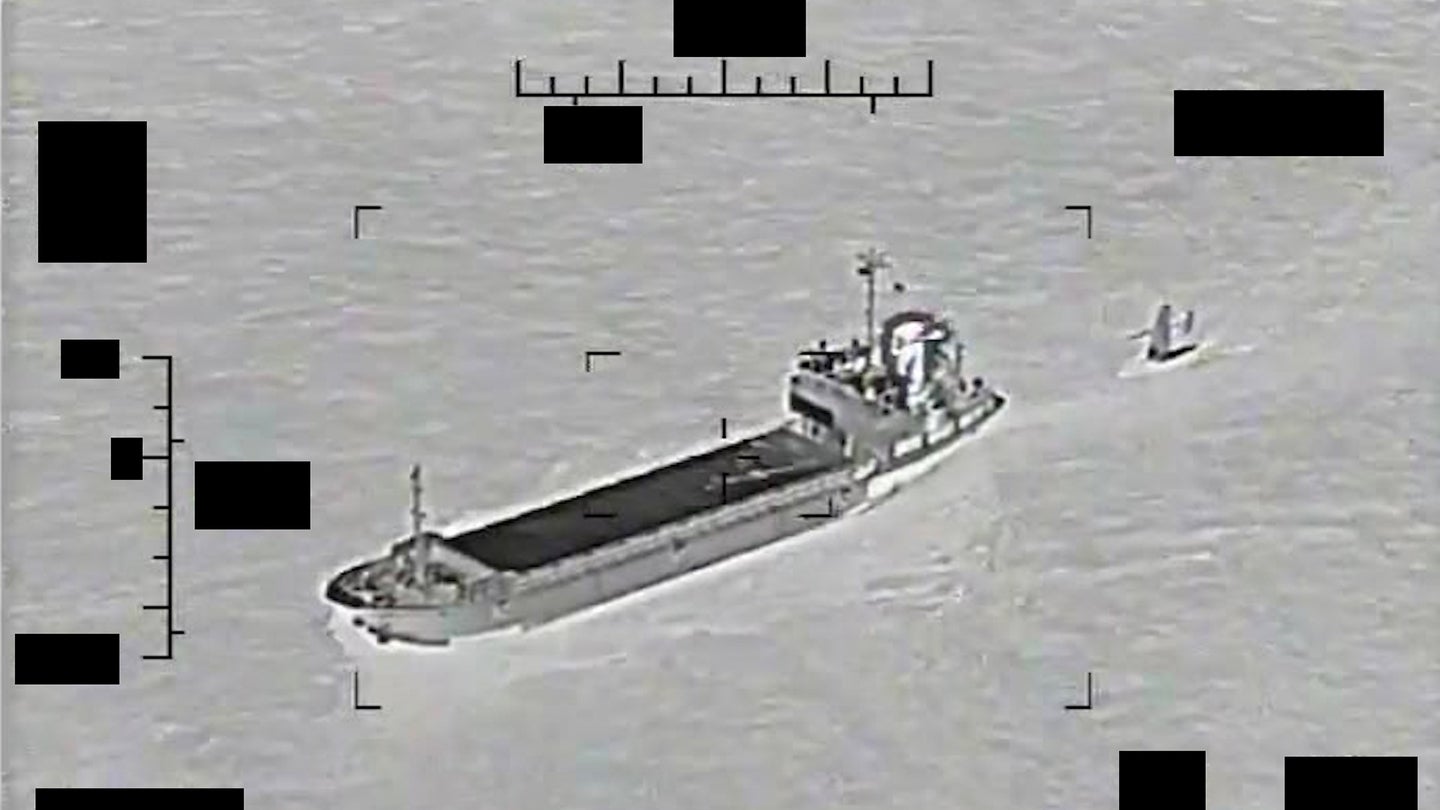 One potential drawback to drone ships is that if some group were to perhaps try and steal the vessel, there would be no one around to stop that from happening. The lack of corporeal resistance does make piracy that much easier, after all. Fortunately, this isn’t the case for the U.S. Navy.

Earlier this week, the Navy’s 5th Fleet observed a ship from the Iranian Revolutionary Guard Corps Navy towing a Saildrone Explorer unmanned surface vessel. The Shahid Baziar, a support ship, was seen pulling the drone boat and attempting to detain it.

The Saildrone is a small boat, just 23-feet long, and relies on that oldest form of nautical propulsion — the wind — to propel itself. The Navy has been testing and employing them in the Gulf region since the beginning of this year. Of course, being a robot, the ship can’t really do anything if another ship hooks up a tow line and starts pulling it away. Which is where the Navy’s human component enters the picture.

The nearby coastal patrol ship USS Thunderbolt and a MH-60S Sea Hawk helicopter were dispatched, and after several hours, the Saildrone was freed to continue taking in all of the sights, sounds and signals intelligence that one of the world’s busiest shipping routes has to offer.

U.S. Central Command commander Gen. Michael “Eric” Kurilla added, “The professionalism and competence of the crew of the USS Thunderbolt prevented Iran from this illegal action. This incident once again demonstrates Iran’s continuing destabilizing, illegal, and unprofessional activity in the Middle East.”

High seas tensions between the U.S. Navy and Iran’s Revolutionary Guard Corps fleet are nothing new. Earlier this year the ​​coastal patrol ship USS Sirocco and expeditionary fast transport ship USNS Choctaw County had a brief standoff with several Iranian attack craft. A few months prior to that, an Iranian vessel passed within 25 yards of a U.S. Coast Guard patrol ship.

So, in this case, being a pirate may be more complicated than it looks, and it doesn’t always pay off.