This is why we have the Friday Safety Brief... 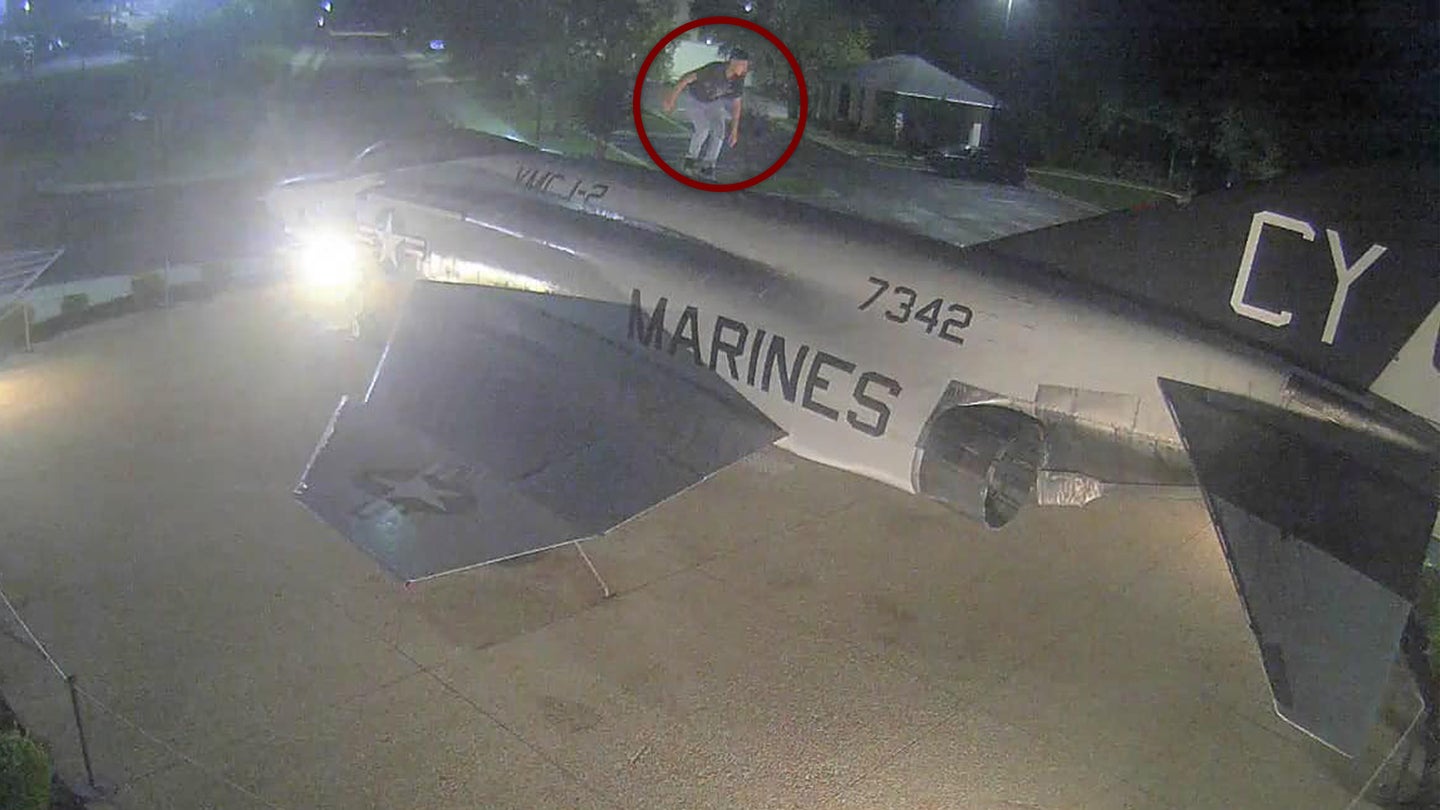 A couple of Marines, out on a Saturday night, what could possibly go wrong? Apparently, a whole lot.

The affair began shortly before 3.am. on Saturday, Aug. 20, when the two men were captured on security cameras at the Havelock Tourist & Event Center.

The duo, one of whom can be seen wearing a sweatshirt with “USMC” emblazoned on the front, were seen walking around some of the aircraft on display. One man climbed into an RF-4B Phantom II and began snapping some pictures of his own. The two then tried to spin the rotor blades of an HH-46E, before breaking two windows and climbing inside the helicopter.

Police estimated the damages to the helicopter to be roughly $1,000.

When the Havelock Police Department released some of the security camera photos on Monday, Aug. 22, it revealed that the early morning vandalism had only been the conclusion of what was almost certainly not a well thought out evening.

West and Carranza had also been seen at a local Waffle House, where the two apparently skipped out on the check.

Employees at the Waffle House reviewed their own security camera footage from about an hour prior to the vandalism and recognized the pair as the same two people seen at the Tourism & Event Center.

West and Carranza turned themselves into police on Aug. 22 and were released back to MCAS Cherry Point after being charged, according to a police press release, and have a court date scheduled for Sept. 1.

Police added that the investigation into the Waffle House thievery remains open and further charges are pending.

So remember, folks: try not to wear clothes with your branch on them if you’re committing a break in; pay your bill at the Waffle House; and nothing good happens after midnight.