US calls in Apaches, AC-130s, and artillery to take on militants after Syria rocket attacks

"Hopefully they got the message loud and clear and this will be an episode vs. a continuation." 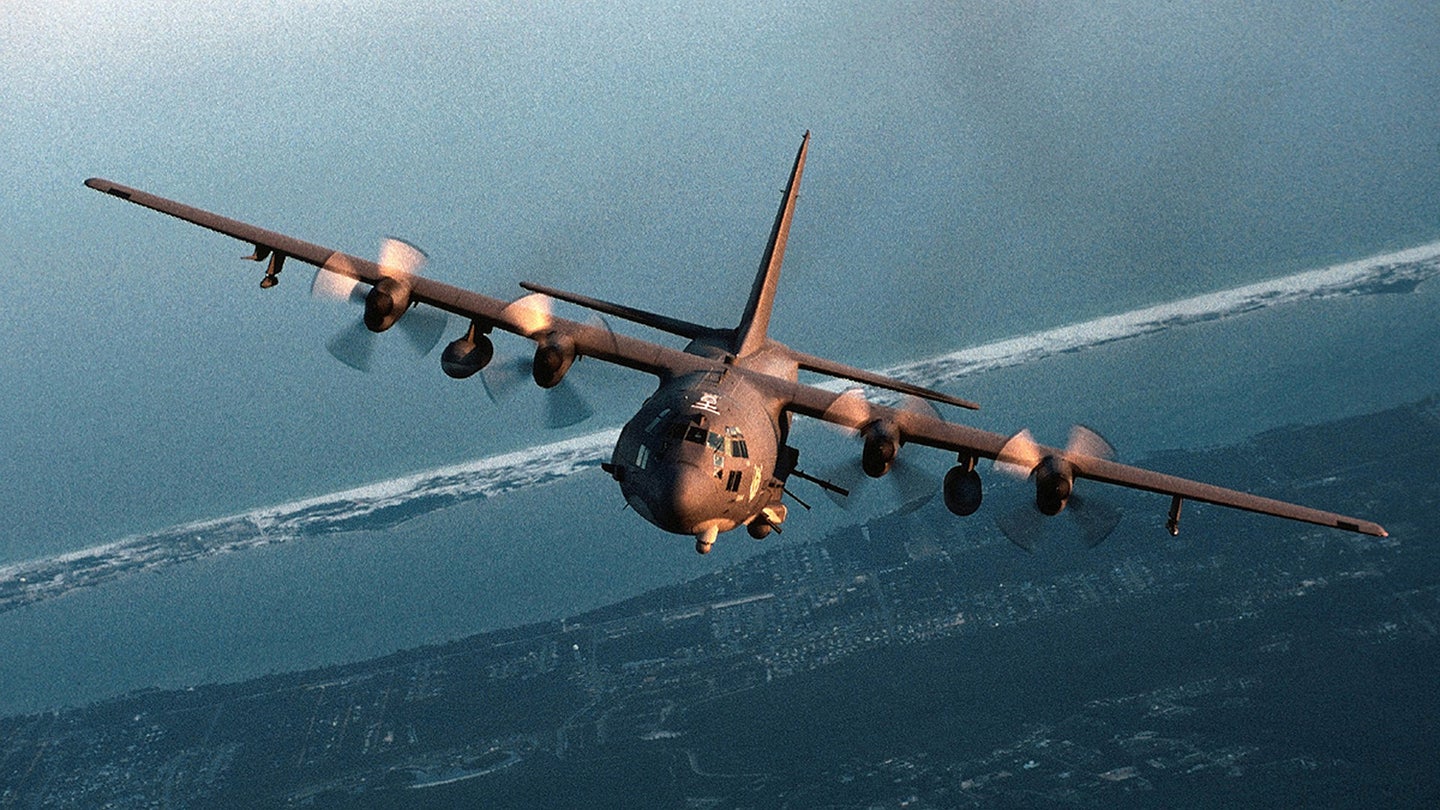 The U.S. military brought in some serious firepower in an engagement against Iranian-backed militants in Syria that left four enemy fighters dead and three U.S. service members wounded within the past 24 hours, defense officials said.

An unspecified number of AC-130 gunships, AH-64 Apache helicopters, and M777 were used to strike at the Iranian-backed groups over the past 24 hours, U.S. Central Command announced in a news release on Thursday.

“We will respond appropriately and proportionally to attacks on our servicemembers,” Army Gen. Michael “Erik” Kurilla, head of CENTCOM, said in a statement. “No group will strike at our troops with impunity. We will take all necessary measures to defend our people.”

CENTCOM’s news release did not specify how many AC-130s, Apaches and M777 howitzers have been part of the current operation against Iranian-backed militias in Syria. A CENTCOM spokesman told Task & Purpose that the command is not providing any information in addition to its news release.

The fact that AC-130s gunships were brought to bear against the Iranian-backed militants is a significant development. Often used in support of U.S. special operations forces, AC-130J “Ghostrider” gunships are heavily armed with 30mm and 105mm cannons and other weapons.

Many U.S. troops who served in Afghanistan owe their lives to the tremendous volume of fire that AC-130s can unleash. In September 2019, a single AC-130J crew was able to save the lives of 88 U.S. and Afghan special operators by keeping enemy fighters from launching ambushes for nearly two precious hours. Five crew members received Distinguished Flying Crosses and four others were awarded Air Medals.

But like any weapon system, AC-130s are only as accurate as the information they have in the heat of battle, and when U.S. special operations forces helped Afghan troops retake Kunduz from the Taliban in October 2015, an AC-130 accidentally attacked a Doctors Without Borders hospital, killing 42 people.

Air Force Brig. Gen. Patrick Ryder, the Pentagon’s top spokesman, said the use of AC-130 gunships in Syria recently does not indicate that the level of violence in the country has escalated. Ryder also declined to say how many AC-130s and Apache helicopters had taken part in recent operations in Syria.

“We maintain a variety of platforms in the region to provide whatever types of support we may need,” Ryder said at a Pentagon news briefing. “Of course, the AC-130 gunship is one of these capabilities.”

The scope of the fighting against Iranian-based militants is not known. U.S. troops in Syria have been in “multiple self-defense engagements” within the past 24 hours, Ryder said. In the first engagement, which came in response to a rocket attack, two or three enemy fighters were killed, he said.

“There were follow-on self-defense engagements, which targeted Iran-affiliated militants, who were attempting to target U.S. forces with emplaced rockets,” Ryder said. “Prior to them being able to initiate their attack, U.S. forces engaged them with aviation and artillery assets. And so, we assess that there was one additional killed, for a total of four.”

Ryder also said that the Iranian-backed groups appear to be testing U.S. forces to see how they will respond to attacks.

“I think, based on the strikes that we have taken, we’ve sent a very loud and clear message and a proportional message that any threat against our forces who are operating in Syria or anywhere will not be tolerated,” Ryder said. “Hopefully they got the message loud and clear and this will be an episode vs. a continuation.”

U.S. troops are deployed to Syria to prevent the resurgence of the Islamic State terrorist group, but Iran and its proxies also have forces in the country to support Syrian President Bashar al-Assad. Under the past two presidential administrations, the U.S. military has launched airstrikes against Iranian-backed groups such as Kait’ib Hezbollah and Kait’ib Sayyid al-Shuhada in both Syria and Iraq. After one such airstrike in June 2021, U.S. troops in Iraq and Syria came under rocket attack several times.

The most recent cycle of attacks and counter attacks began on Tuesday, when the U.S. military launched airstrikes on Deir ez-Zor Syria against Iranian-backed groups in response to recent attacks on U.S. troops, including an Aug. 15 drone attack near the Al-Tanf garrison in eastern Syria.

The U.S. military dropped a bomb on a militant compound to destroy nine bunkers, an unnamed official told the New York Times. Two other bunkers were removed from the target list because unidentified people were spotted near them just before the strike.

“Over the last few weeks, malign external actors have conduced hostile actions against the coalition and our partners with increasing frequency,” Army Maj. Gen.Maj. Gen. John Brennan, who leads U.S. troops in Iraq and Syria, said in a statement on Thursday. “We will not tolerate these brazen attacks and will aggressively respond by employing any and all means at our disposal to protect and defend ourselves, our partners, and innocent civilians. Such malign activities only serve to distract us in our collective campaign to ensure the enduring defeat of ISIS and needlessly place innocent civilians and our homeland at risk.”

Following the airstrikes on Deir ez-Zor, U.S. troops at two bases in Syria came under rocket attack, CENTCOM announced on Wednesday. One U.S. service member was slightly injured and returned to duty and two other American troops were under evaluation for minor injuries, the command said at the time.

The U.S. military used attack helicopters to destroy three vehicles and equipment used to launch the rockets, according to CENTCOM, which initially estimated that two or three suspected Iranian-backed militants had been killed.

“The response was proportional and deliberate,” a CENTCOM news release from Wednesday says. “The United States does not seek conflict with Iran, but we will continue to take the measures necessary to protect and defend our people.”