After 64 days, the Army’s drone that wouldn’t die has died [Updated]

A eulogy to the solar-powered drone that surpassed expectations and broke records. 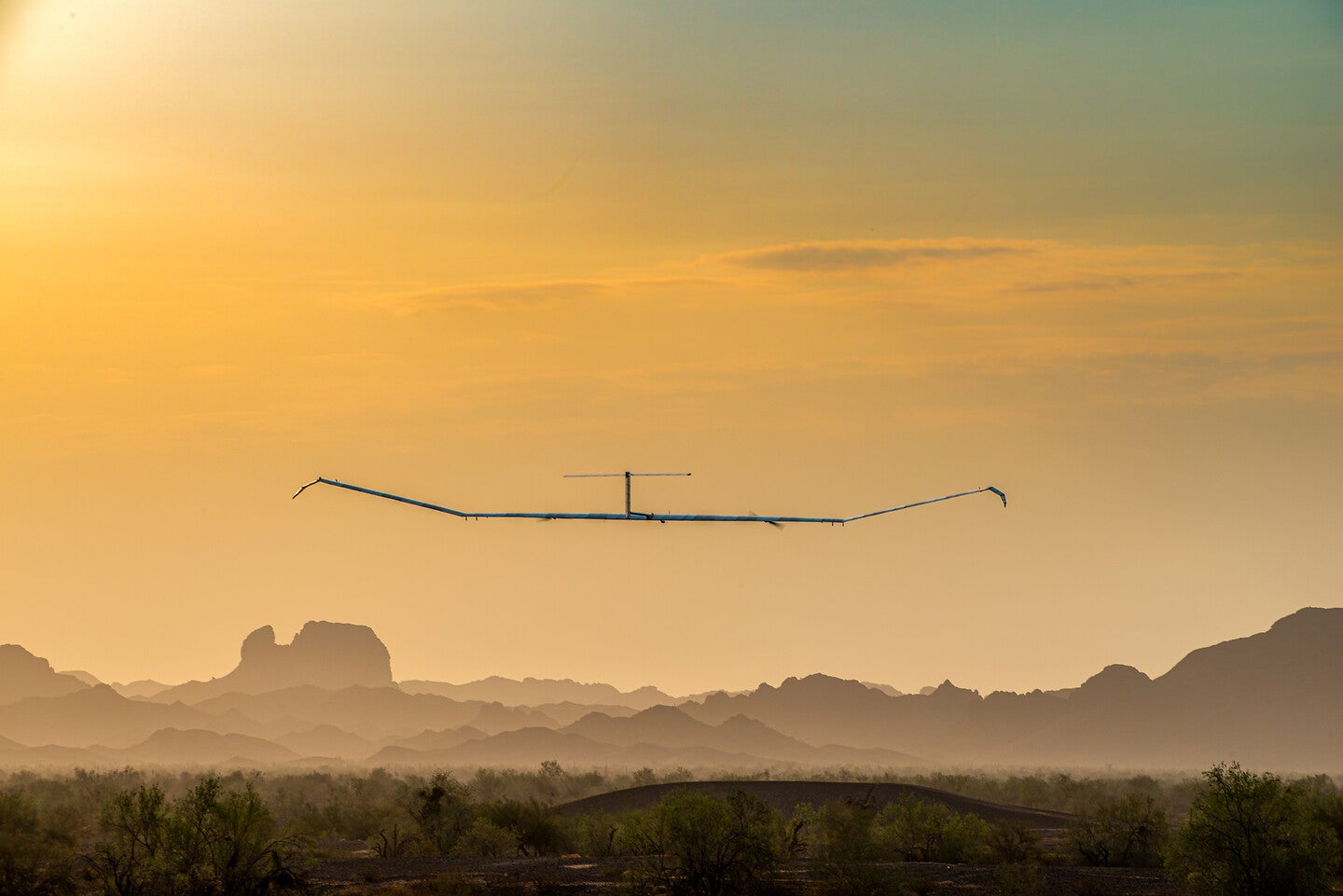 The Airbus Zephyr S in flight during a 2021 test flight. (Airbus).
SHARE

After 64 days in the sky, across multiple states and countries, eventually breaking records every second it stayed in flight, the Airbus Zephyr S drone crashed.

The drone apparently dropped out of the sky, toppling to a hard impact on the ground in Arizona. That’s according to the outlet Simple Flying, which was tracking the drone’s flight over the Yuma Proving Ground and the other locations the Zephyr S flew over. On Friday, Aug. 19, after continuing to fly at normal around 60,000-70,000 feet above ground, it dropped in altitude roughly 20,000 feet, before eventually and suddenly plummeting to the ground. Simple Flying reported that data showed it dropping at a high speed, suggesting a destructive ending.

The U.S. Army’s Army’s Assured Positioning, Navigation and Timing/Space Cross-Functional Team, part of Army Futures Command, confirmed that the flight ended, but did not specify if a crash occurred.

“Following 64 days of stratospheric flight and the completion of numerous mission objectives, Zephyr experienced circumstances that ended its current flight campaign. No personal injury occurred,” the Army APNT/CFT said in a statement to Task & Purpose. “Our teams are currently analyzing more than 1500 hours of stratospheric mission data. The valuable experience from this prototype’s ultra long-endurance flight has proved to be a positive step toward the Army’s high-altitude platform goals. Once aircraft recovery and data analysis occur, more information will be available.”

The Airbus Zephyr S was a new high-altitude uncrewed aircraft meant for the stratosphere, with a kind of minimalist skeletal design with a 75-foot wingspan that made it incredibly lightweight. It ran on a solar-powered rechargeable battery and the test, initiated on June 15, was in part to test both how much the battery could handle and the drone’s overall endurance. By all accounts it was pretty good. Task & Purpose previously noted its milestone of 47 days aloft at the end of July. At the time, the Zephyr S had already broken a previously established flight record of 25 days and 23 hours. And it kept breaking records. The Army had said it would keep it aloft for as long as possible. As The War Zone reported, the goal for its followup flight after this one eventually ended was to fly for 60 days, which the drone surpassed.

The Zephyr even ventured outside of the Yuma Proving Ground, traveling to other states and then across Central America, over the Gulf of Mexico and into Belize. The operators even had it draw patterns over Yuma Proving Ground during its flight. The Zephyr S itself, beyond its targeted high altitude of operations, could hold multiple payloads, from cameras and radars to jamming technology.

Airbus sent Task & Purpose a statement near identical to APTN/CFT’s, but missing their final sentence.

Previously the Army APNT/CFT had intended for the Zephyr S to do another test flight over the Pacific Ocean . It’s currently unclear whether that is still the case or when such an operation would start.

UPDATE: This post was updated after publication to reflect Airbus’ statement.