The Air Force is slated to shut down three units that specialize in Train, Advise and Assist 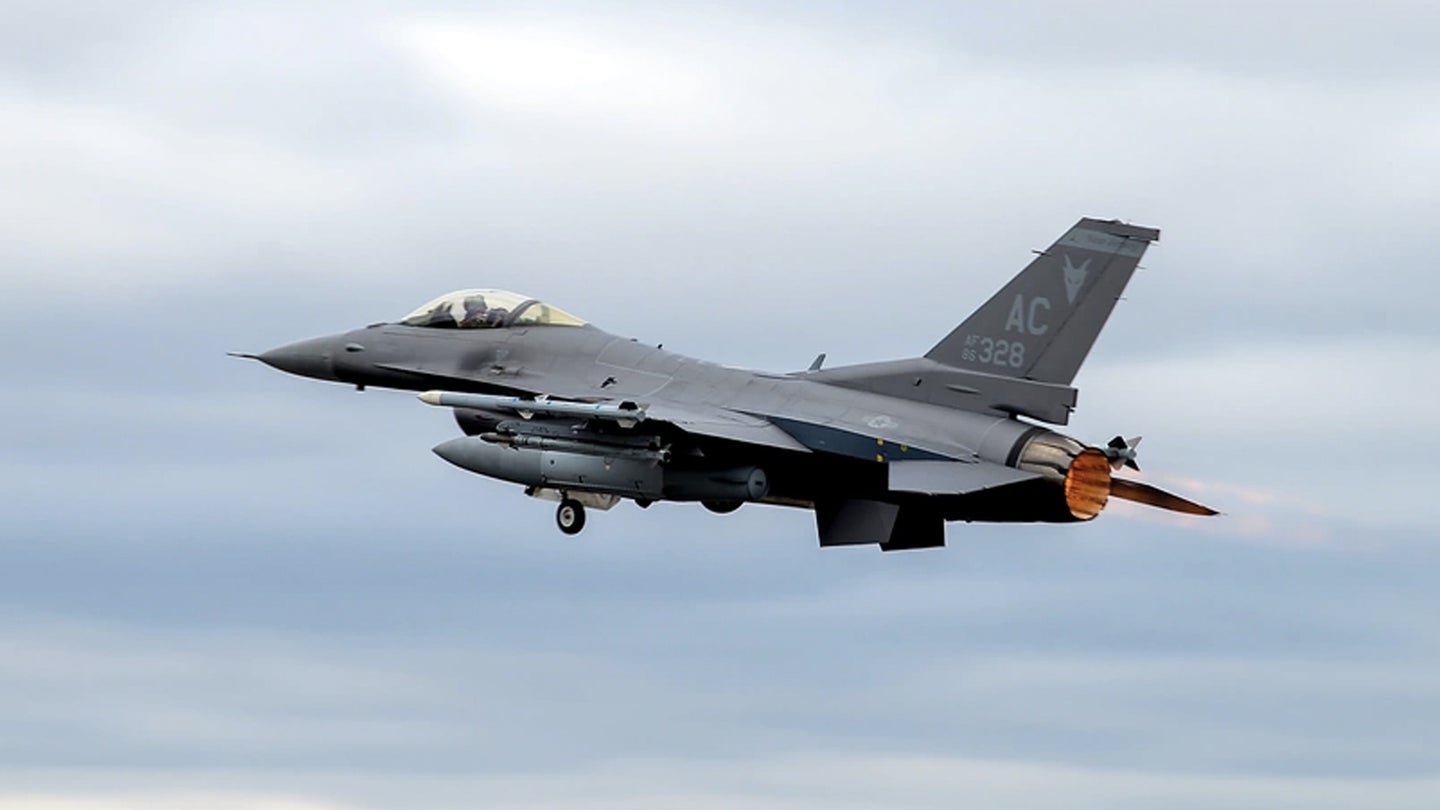 By the end of this year, Task & Purpose has learned, the Air Force is slated to shut down three units that specialize in Train, Advise and Assist (TAA) and Combat Air Advisor (CAA) missions: the 81st Fighter Squadron out of Moody Air Force Base, Georgia, and the 6th Special Operations Squadron and 711th Special Operations Squadron, both at Duke Airfield, Florida. These units provide formal training to friendly foreign states’ militaries through hands-on assistance, total immersion, and institutional expertise in the use of unique and tailored airpower, including light attack, intelligence, surveillance, target acquisition, and reconnaissance (ISR), and air mobility, particularly for austere operational locales.

Multiple sources from different Air Force Major Commands (MAJCOMs) reached out to me to discuss the termination of these units’ operational missions after analysis on Ukraine’s air power needs. The significance of losing these programs is relevant to the current strategic environment. As policy shapers and strategists are struggling to craft a coherent strategy for crises in Ukraine, a proven tool for building security partnerships is critical now more than ever. The air advisor program is one such proven tool — one of the few in the entire Afghanistan mission that worked, something noted in the damning Special Inspector General for Afghanistan Reconstruction (SIGAR) report on Operation Enduring Freedom.

Unit leaders and operational specialists from the air advisor community have yet to brief Air Force Chief of Staff Gen. Charles ‘CQ’ Brown on the capability gap arising from the loss of these units; they have been stonewalled for two years now, as greater strategic issues like the Afghanistan withdrawal and Ukraine crisis pushed air advising lower and lower on the Headquarters Air Force’s (HAF) list of priorities. A senior Air Force official whom I spoke with, having direct engagement with the air advising program, told me “we are at an inflection point in the air advisor enterprise, and the Air Force needs to decide whether it wants to take its version of security force assistance — air advising — seriously or just assume that someone else does it.”

Brown has made it a clear priority for the Air Force that working with allies and partner nations is paramount to developing capabilities necessary to cover Air Force security gaps. There are simply too many vulnerable locales around the globe for a single air force to secure on its own. Brown’s guidance hinges on these partnerships being “integrated by design” with those other nations. If these partnerships are truly a priority, the divestment of the Air Force’s security force assistance capability will reduce the number of engagements possible with the full spectrum of allies and partners — including those smaller states who are not capable of purchasing U.S. equipment via foreign military sales (FMS).

But the die may already be cast as far as these units being stood down, meaning the value of this brief to the chief of staff may not be enough to keep Combat Air Advising operational. The move to stand down the units has been staffed through Headquarters Air Force, per an Air Force official with knowledge of the unit’s pending status, and the 14th Fighter Wing Public Affairs office confirmed that the mission for the 81st Fighter Squadron has been terminated following the conclusion of the Afghanistan mission.

The mission statement for each unit — “develop sustainable, effective Combat Air Forces” isn’t merely a catchy slogan either. These units truly enable partner nations to conduct the integration of air power, beginning-to-end — from training pilots, maintenance and logistics personnel, weapons sustainment, and loading — through to ground force coordination (forward control of air delivered munitions). Perhaps most significantly, these units are specially trained in cultural skills unique to the “customer,” enabling a more effective carryover of American institutional knowledge to the tactical abilities of the host-nation forces receiving the Train, Advise and Assist benefits. Air Advising (AA) should not be confused with similar mission sets by other services, like Security Force Assistance which falls under the purview of the Army Special Forces and Security Force Assistance Brigades (SFAB). But in this context, it is similar in application and specific to air power integration with partner nations.

The Air Force TAA program was one of the few success stories in Afghanistan, headlined by the A-29 program (charter mission of the 81FS over the last decade) which brought a near-precision strike capability to the Afghan Air Force. I was there and part of this program as a U.S. Air Force Tactical Air Control Party specialist (TACP) in 2016 when the Super Tucanos first arrived in Kabul, flown by American and Afghan pilots. I was among the augmentee advisors who validated Afghan Air Controllers in training and was part of the Train, Advise and Assist command and control element that supervised the Afghans’ first unilateral air interdiction mission using the A-29s on Taliban targets. The 6th and 711th had advisors training Afghans at this time as well and were pivotal in improving the capabilities of the Afghan Air Force.

It was a titanic effort to get there, but the program worked. Of course, the entire mission would fall to pieces once it had been handed over to contractors for long-term sustainment and ultimately left to wither and die by a retracting coalition presence. That, as well as the myriad political issues that would doom the whole endeavor, but that is another topic entirely. Yet the Train, Advise and Assist mission produced results via the efforts of the 81FS and SOS units, proving the efficacy of this capability with a partner nation.

What then is the reason for this emerging capability gap? Funding and prioritization. During a recent interview with a senior ranking Air Force member who has experience in the AA community, they informed me that the issue lies largely with the fact that TAA and CAA mean different things to each MAJCOM. While air advising exists as a function within various MAJCOMs, there is no HAF presiding authority, nor does air advising receive operational Air Force funding; those funds are dispersed through each individual MAJCOM.

Thus, each MAJCOM can prioritize air advising differently, with the capability varying dramatically between commands. The 81FS, for example, belongs to the Air Education and Training Command (AETC), yet is flagged as a Fighter Squadron; it is not understood to be an advisory unit by the MAJCOM. Thus, AETC has not prioritized the advise and assist mission of the 81st, especially with the withdrawal from Afghanistan, and instead (understandably) is concerned with the pilot shortage and manning requirements across the force elsewhere. Because AETC has the authority to divest, the 81st will cease to exist operationally by the end of this year; ditto with AFSOC and the 6th, and 711th. Three of those 81FS A-29s were transferred from AETC into AFSOC custody a mere two years ago, per a former member of one of these units I spoke to, as Special Operations Command (SOCOM) was soliciting Armed-Overwatch candidates. Yet those three tails — which are currently parked at Hurlburt Field — are not known to have been flown by a U.S. Military member post delivery.

In AFSOC, the present chain of command has similarly not prioritized training with partner nations, and the withdrawal from Afghanistan all but slayed this sick horse. There is no fixed plan on what to do with the CAA-qualified, tab-wearing airmen who will be divested from the 6th and 711th SOS, but rather, they will return to their original AFSCs within AFSOC and carry their CAA-tabs with them as an additional duty. All this to say, any advising by those personnel in the future is all but certain to occur on the ground, and not in the cockpit with a partner pilot; this arrangement will nullify entirely the ability to achieve proficiency in training by partner forces.

A limited version of air advising remains on hand, but dramatically different from the capabilities provided by the three units to be stood down this year. Those alternatives are the Mobility Support Advise Squadrons (MSAS). These units possess a nascent air advisor capability, but by design are focused on mobility, sustainment, and logistics for operations, not operations themselves. This reflects the presiding MAJCOM — Air Mobility Command — who owns these units.

Why does the closure of these units matter at a strategic and policy planning level? The Air Force does not have a replacement plan for ensuring the availability of this institutional knowledge, or the persons who possess it with tactical relevance. The administrative plan is to return those maintenance personnel and pilots back to their “Big Air Force” career fields — every member of these units were selected from other Air Force Specialty Codes (AFSCs), maintenance, life support systems, pilots etc, and specially trained to fill TAA manning slots — leading to a wide pool of airmen to retire, rather than “go back to flying my old platform after spending so much time and effort to make TAA a success,” a senior member of one of these units would recall.

The only ad hoc plan of retaining this institutional knowledge for this capability is to create a repository of knowledge on a digital database at the Ft. Leavenworth Joint Center for International Security Force Assistance, an intellectual institution owned by the Army.

All of this is occurring when a discussion remains in flux about sending 4th-generation fighter jets to Ukraine, when a capability to provide Security Force Assistance in the form of air power has already been established as a valuable and proven resource. The West can’t send F-16s, A-10s, or the Eurofighter to Ukraine for a litany of reasons. For one, how easy would it be for Russia to claim the United States was attacking, seeing as how the F-16 and renowned A-10 are among the most recognizable aircraft on the planet? This is where units and capabilities like the 81FS and the Special Operations Squadron — its institutional knowledge and people, its inventory of globally sourced aircraft from a variety of international vendors — come into play as a critical resource, one which the Air Force is either ignoring, or unaware of the impact of its loss.

The issue on training foreign personnel on Western systems is a rather simple one, as explained to me by a former Air Advisor pilot with knowledge of the TAA pilot programs. This member told me that TAA units are uniquely qualified to address training differences between American and partner forces. In the case of potential F-16s being shipped to Ukraine, in order to train the Ukrainian pilots, it is not as simple as learning the new positions of switches and buttons in cockpits. These are pilots with Russian-influenced tactical thinking who were trained on Russian-developed systems. Comparatively, these units tout the ability to take a Ukrainian civilian off the street with basic eye-hand coordination who can be trained to fly an A-29 in less time than it would take to train a Ukrainian Air Force pilot to unlearn a MiG-29, and relearn everything about flying in order to operate a Western-built F-16.

It is likely too late to ‘save’ the 81FS or the 6th and 711th SOS, unfortunately. And perhaps someday someone will write a story about their exploits in Afghanistan, the Levant, and Africa. But the real issue, for now and for the immediate future, is losing wholesale the capability to advise and assist friendly states on airpower needs from beginning to the critical ‘finish’ phase — pilot training on U.S.-supplied platforms through on-station assets and kinetic engagement; the very thing being discussed on how to support partner nations long-term.