The Air Force now has electric scooters to play with

A handful of lucky airmen can now travel around base in style — sort of. 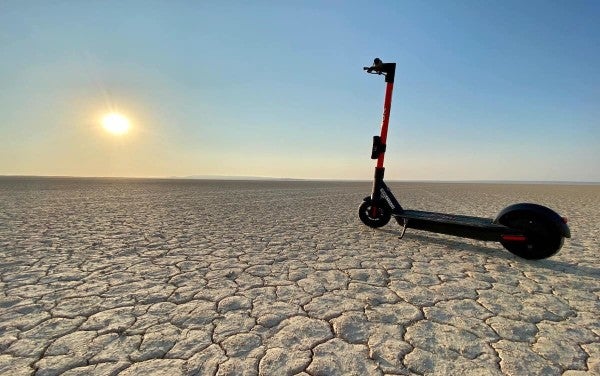 A handful of lucky airmen can now travel around base in style — sort of.

The scooters are intended to help airmen navigate the second-largest Air Force base in the United States, company director Ben Fong told Stars and Stripes.

Should the Edwards AFB trial prove successful, Spin hopes to roll out its service on U.S. military bases both at home and overseas, according to Fong: “We are open to [providing scooters] wherever we can serve the service members”

According to Eishen, the partnership with Spin consists of 17 scooters — each with a top speed of 15 mph and a battery range of 38 miles — spread across three locations at Edwards AFB, including the base commissary.

“If it was easy this would have happened a long time ago, but I am glad that we finally have this capability for our Airmen,” Eishen wrote in his Facebook post. “If an Airman in the dorms runs into car trouble, please reach out to a First Sergeant and they can make sure you have scooter access free of charge.”

“So far there is very positive feedback from airmen,” he added. “This is really an affordable solution helping those folks to get around the base. It is really helpful for folks who have to cover longer distances.”

Still, given the U.S. military's emphasis on physical training as a critical tool of readiness, some might regard the deployment of scooters on Air Force bases as a crutch worthy of the so-called “Chair Force,” especially compared to the tactical scooters that other services have pursued in recent years.

Don't look at me like that. You were probably thinking it, too.