98 airmen have died by suicide so far in 2020, Air Force chief says 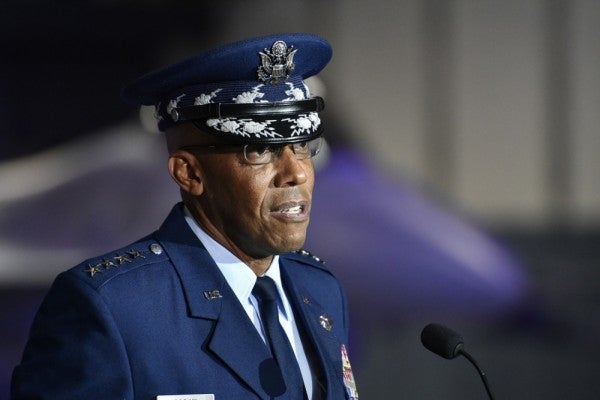 Ninety-eight airmen have died by suicide so far in 2020, Air Force Chief of Staff Gen. Charles “CQ” Brown Jr. told reporters on Wednesday, with the service on pace to meet the record which last year prompted the branch to take a tactical pause to address the problem.

“We’ve got work ahead, i’ll just be honest with you,” Brown said. “We’ve made some progress, because the stressors are much different [this year], but there’s still more work to be done.”

The new tally clarifies comments Brown made three weeks earlier about how the Air Force is “on a path to be as bad” as 2019 in terms of suicide losses.

Briefing slides leaked to the popular Facebook page Air Force amn/nco/snco in February showed that 137 airmen and Air Force civilians died by suicide in 2019, a 33 percent increase over the previous year.

The general said isolation due to novel coronavirus (COVID-19) may play a role in 2020’s high numbers.

“The stressors that we have are much different than the stressors we had last year,” he said. “We don’t have a chance for our airmen to connect and be close to the folks that they work with on a day to day basis.”

To meet the challenge, Brown said the Air Force has developed a playbook for leaders “to help them work through some of this.”

He also said the branch was pushing mental health telemedicine, an option which he said didn’t exist before the COVID-19 pandemic.

About 45 percent of Air Force suicides are related to relationship issues, Brown said, which means the branch also has to do a better job of helping airmen navigate those problems.

That could take the form of better institutionalizing marriage counseling, he suggested.

“How do I actually get more counselors who can talk to our young airmen about relationships, and how do they build meaningful relationships so they don’t feel crushed their first time or second time,” he said.

Sometimes, even airmen who use mental health services still struggle when they transition out of the Air Force, Brown said.

“So how do we ensure that we have a good transition, hand them off to their family and friends so we don’t have one of our airmen fall through the cracks,” he said.

The chief of staff also said the service was looking to include family members in mental health training, since family members are often “the first sensor” for struggling airmen.

“Regardless of which uniform we wear, we’re not immune from life’s challenges, including thoughts of suicide,” said Vice Chairman of the Joint Chiefs of Staff, Air Force Gen. John Hyten, the second-most senior officer in the U.S. military.

“Our mental and physical health are equally as important,” Hyten said. “I got the help I needed and I’m stronger for it. So don’t hesitate to get professional help.”