“Chief is setting the example for the whole dang Air Force." 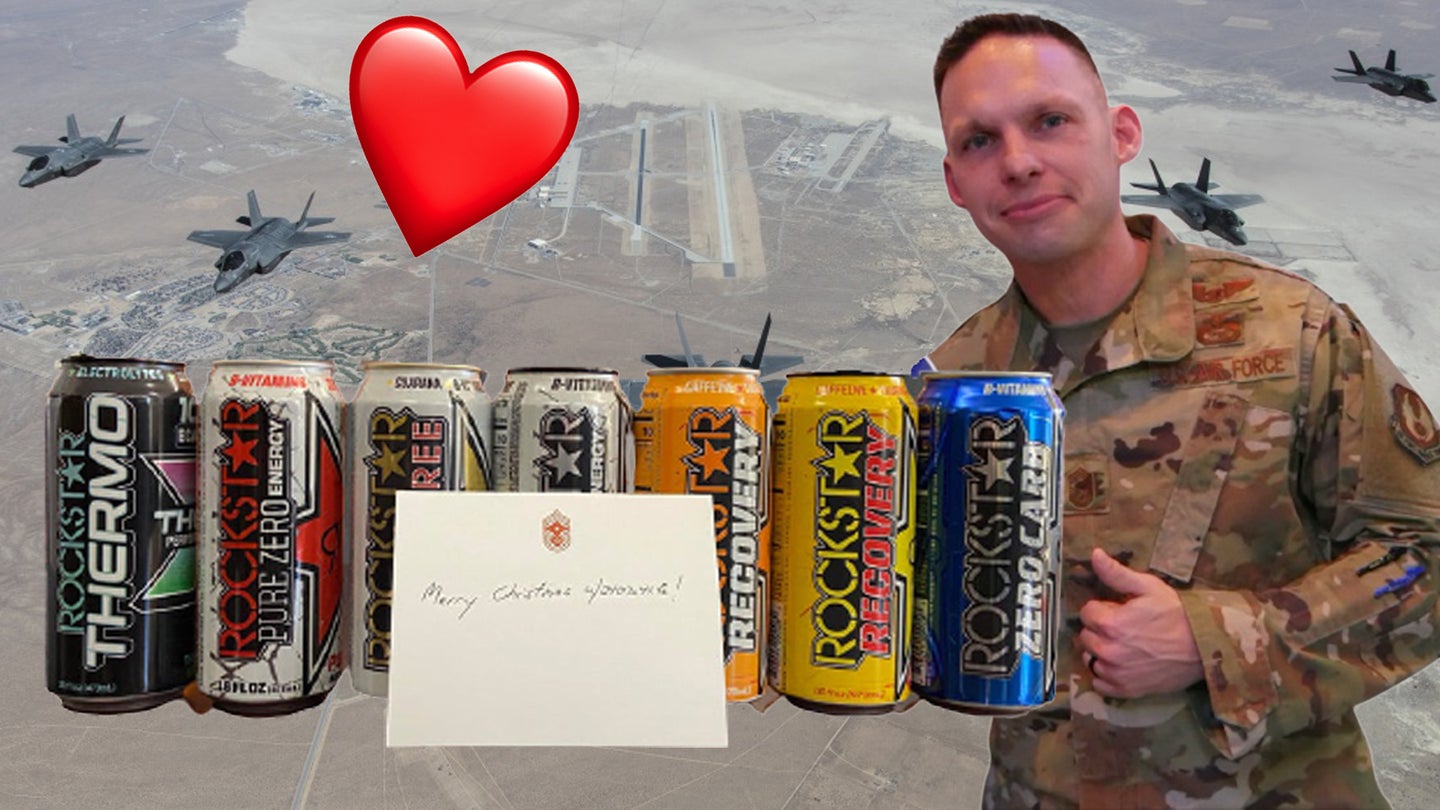 When it comes to spreading holiday cheer, few did it better than Chief Master Sgt. Ian Eishen.

The top enlisted airman at the 412th Test Wing, Eishen smoked turkeys and gave out Rockstar energy drinks for his airmen at Edwards Air Force Base over the weekend when the local commissary ran out.

“These are in my office if you have time to grab them or I can deliver once I’m done smoking turkeys for the dorms,” Eishen wrote in a Reddit post on Friday, in what must have been the best news since mom said she was making pizza rolls.

Eishen was responding to an airman mourning the absence of Rockstar at the Edwards commissary, but like a great chief, Eishen was there to save the day. His airmen praised him accordingly.

“You’re a stud, Chief. Taking care of your dudes,” wrote one Reddit user.

“Best CMSGT ever,” wrote another.

“Behold, wise men from the enlisted force came to Reddit, saying, ‘Where is he who has been born king of the Airmen? For we have seen his star over on Edwards, and have come to worship him,’” said a third.

Soon other Reddit users made a meme in tribute to the Chief’s gifts, which were especially appreciated at a time when the Air Force is struggling with widespread toxic leadership, overworked airmen, and deteriorating mental health.

“Chief is setting the example for the whole dang Air Force,” wrote one Reddit user.

“Honestly, it’s a super nice gesture, and it makes him much more approachable than just another name and rank,” said another. “If he also is taking the time for things like his airmen’s career development, strategic planning, etc. then he is a great example of a leader.”

Eishen also hung around to answer Reddit users’ questions about how he smoked the turkeys, and to pitch Edwards as a great location for intelligence, surveillance and reconnaissance training.

With 20 years in the Air Force under his belt, Eishen has done everything from intelligence analysis to combat search and rescue. He took over as command chief master sergeant for the 412th Test Wing at Edwards in April 2019, according to his command biography. The chief wrote on Reddit that he will be PCSing to Washington, DC in April.

Well done, Chief, and happy holidays one and all!