Ex-VA Employee Pleads Guilty To Siphoning Off $66,000 In Disability Payments To Personal Accounts

A former Veterans Affairs employee has confessed he engineered a simple, if twisted, plan to pocket more than $66,000 in... 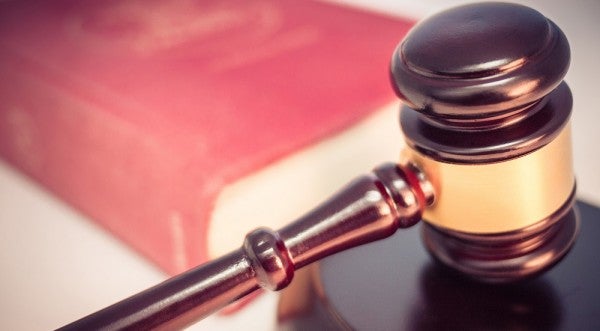 A former Veterans Affairs employee has confessed he engineered a simple, if twisted, plan to pocket more than $66,000 in department funds that were earmarked for disabled veterans. The ex-worker, Russel M. Ware, 39, of Upper Marlboro, Maryland, pled guilty Jan. 23 to charges of bribery and wire fraud, according to a recent Department of Justice statement.

Between September 2013 and May 2014, Ware wired “payments in the names of legitimate VA beneficiaries to his own bank account,” according to the statement. Those illegal transfers netted him $21,000 — but he sought more, and to get it, he used an accomplice: a fellow Air Force veteran named Jacqueline Crawford, from Gulfport, Mississippi.

Ware suggested sending Crawford “VA hardship money available to veterans” — and all he needed was her bank account information. According to her plea agreement, Crawford, who was having financial difficulties, agreed, despite having doubts about the legality of the whole affair.

In seven transactions between October 2014 and February 2015, Ware redirected almost $46,000 in disability benefits to Crawford; she then kicked $13,000 back to Ware through 16 separate Walmart moneygrams.

“Ware and Crawford were not entitled to receive the money,” the statement notes.

The VA has been cracking down on this kind of graft, Curt Cashour, the press secretary for the Department of Veterans Affairs, told Task & Purpose. Recent offenders include a Vietnam War veteran who pretended to be blind to bilk the government out of half a million dollars; a Veterans Affairs employee who took $225,000 in bribes from a parking lot operator who owed the VA $11 million; and a couple who stole packages of oxycodone and hydrocodone from the VA to supply an illicit drug-distribution ring.

Related: If You Get An Email From A General Trying To Initiate A Romantic Tryst, You’re Being Catfished »

“It doesn’t get much lower than stealing Veterans’ hard-earned benefits,” Cashour said. “Anyone who does should be subject to the maximum penalty under the law.”

Ware, who was indicted last November, is scheduled to be sentenced on his bribery and fraud charges May 8.

Crawford, his accomplice, is also awaiting sentencing; she pled guilty last February to a single count of “conversion of government funds.”