Johnny Bobbitt, the homeless vet who conspired with a Burlington County couple to spin a feel-good story that captured hearts across the country and raised $400,000 in a GoFundMe campaign, pleaded guilty to conspiracy to commit money laundering 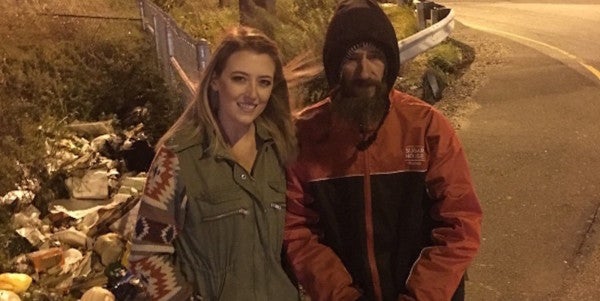 CAMDEN, N.J. — Johnny Bobbitt, the homeless vet who conspired with a Burlington County couple to spin a feel-good story that captured hearts across the country and raised $400,000 in a GoFundMe campaign, pleaded guilty to conspiracy to commit money laundering Wednesday in federal court in Camden.

Bobbitt, 36, could face from six to 30 months in federal prison for his crime.

One of his co-defendants, Kate McClure, 28, also admitted her role in the scheme Wednesday and pleaded guilty to wire fraud. She faces up to 33 months in prison.

Bobbitt, McClure and her former boyfriend, Mark D'Amico, still face conspiracy and theft by deception charges in a case brought by Burlington County prosecutors. That case is still pending.

The three are accused of cheating 14,000 donors around the world who contributed money to help Bobbitt after they fabricated a story to raise funds they said would be used to get Bobbitt off the streets. They told donors Bobbitt had come to McClure's rescue when she ran out of gas off an exit on I-95 in Philadelphia on a cold night in the fall of 2017. Their story went viral and the three appeared on national television to promote the campaign.

In court, Bobbitt, whose shaggy hair was trimmed, was demure and said little more than 'Yes, your honor' during the proceeding before U. S District Court Judge Jerome Simandle.

He admitted that he helped concoct the Good Samaritan story and said he opened a bank account to receive $25,000 of the donations in December 2017. He said D'Amico helped him open the account and McClure deposited the money. He also said he agreed to allow a photograph of him with the couple to be posted online to encourage more donations.

McClure, who was nervous and polite at the brief court hearing before Simandle, admitted that she used wire services and used the donations to make electronic payments when she and D'Amico took vacations, bought a BMW and purchased personal items.

She will be sentenced June 19. The judge released her on $100,000 unsecured bond and restricted her travel to the continental U.S. She was also ordered to have no contact with her co-defendants, victims and any witnesses.

The entire GoFundMe campaign, prosecutors say, was based on a lie. With D'Amico, 39, Bobbitt and McClure are accused of duping donors and spending the GoFundMe donations on themselves.

The couple bought Bobbitt a camper, and he lived for a time on property McClure's family owns in Florence, N.J. They also gave Bobbitt about $25,000, prosecutors say, some of which he spent on drugs.

McClure and D'Amico, authorities say, spent the rest of the money on vacations to Disney World, Disneyland and Las Vegas, a helicopter tour of the Grand Canyon, gambling excursions, the luxury car and designer handbags, among other things.

Their scheme unraveled when Bobbitt, upset that the couple had not given him what he considered his fair share of the money, accused the couple of squandering the GoFundMe donations. Pro-bono lawyers for Bobbitt went to court to get an accounting of the money, and a lawyer for McClure and D'Amico admitted it was gone. That got the attention of Burlington County prosecutors, who filed the pending criminal charges.

Bobbitt is scheduled for a hearing in Drug Court in Mount Holly on Friday. Drug Court is a diversionary program that allows addicts to plead guilty and receive intensive court-monitored treatment and rehabilitation instead of a criminal sentence.

Simandle said he was glad the federal prosecution would not interfere with Bobbitt's ability to receive drug treatment in the diversionary program and agreed to postpone sentencing on federal charges until after the drug program is completed.

SEE ALSO: Donors In Homeless Vet, New Jersey Couple's GoFundMe Scam Will Get Their Money Back