'Whether it's a relationship problem, work issues or anything else, if we know our teammates and care enough to learn about their lives, we can recognize when they may need a little extra help. We should be there, right next to them, to see them through the tough times.' 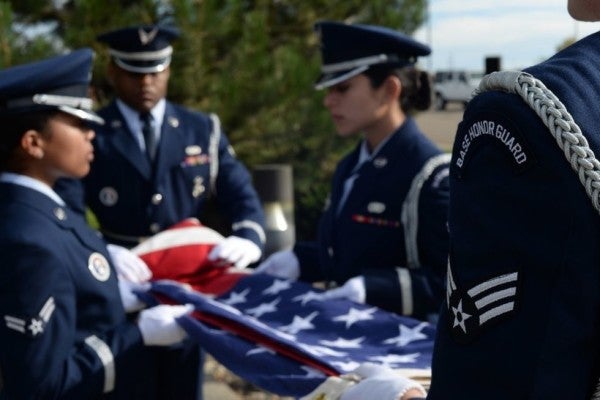 A total of 137 airmen and Air Force civilians died by suicide last year – a 33% increase in suicides from 2018, Air Force officials confirmed on Monday.

Stephen Losey of Air Force Times first reported about the increase in deaths by suicide in 2019. The latest number of airmen who died by suicide is slightly higher than the data posted on the unofficial Air Force amn/nco/snco Facebook group recently, which showed 136 deaths.

On Jan. 30, the Facebook group posted a “for official use only” slide about suicides that recorded the deaths of 84 active-duty airmen, 14 reservists, 14 Air National Guardsmen, and 24 civilians. Maintainers and security forces airmen had the highest numbers of suicide deaths per career field. Those are two of the Air Force's largest career fields, in which airmen tend to be young.

An Air Force spokesperson said the numbers posted on Facebook were accurate at the time they were created, adding that the number of deaths fluctuate as more suspected suicides are confirmed.

In 2018, the Air Force recorded 103 deaths by suicide: 60 active-duty airmen, 3 reservists, 17 Air National Guardsmen, and 23 civilians, according to the data posted by the Facebook group.

Preventing airmen from dying by suicide is an issue that “has the full attention of leadership,” Lt. Gen. Brian Kelly, deputy chief of staff for manpower, personnel and services, said in a statement.

“The Department of the Air Force has been and continues to pursue immediate, mid-term, and long-range suicide prevention initiatives for the total force that focus on connections between individuals, units, and Air Force family; protections in environments, services, and policies; detection of risk in individuals and units; and equipping the total force and family members to mitigate risk and increase resilience,” Kelly said.

Air Force Chief of Staff Gen. David Goldfein announced last year that all units were ordered to dedicate a day to suicide prevention. At the time, the Air Force was in danger of losing more than 150 airmen to suicide by the end of 2019.

In a July 31 memo to commanders, Goldfein described suicide as “an adversary that is killing more of our airmen than any enemy on the planet.” He let each unit decide how to best discuss ways to prevent their airmen from dying by suicide.

When asked about the increase in suicide deaths last year, Chief Master Sergeant of the Air Force Kaleth Wright said that Air Force leaders need to “walk the walk when it comes to caring about our airmen.”

“We have to show the kind of care that we do for our own families,” Wright told Task & Purpose on Monday. “As teammates, we have to be present, listen and look for signs of something wrong. Whether it's a relationship problem, work issues or anything else, if we know our teammates and care enough to learn about their lives, we can recognize when they may need a little extra help. We should be there, right next to them, to see them through the tough times. It's not just our duty, but it's a privilege when you are fortunate enough to be in a position to help.”