Air Force Chief of Staff Gen. David Goldfein updated the lyrics of the official Air Force song on Thursday to recognize the service and achievements of female airmen. 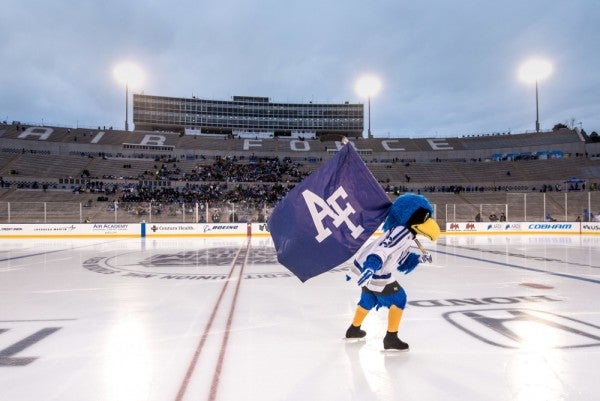 In 1938, before the U.S. Air Force was even its own branch of the military, Liberty magazine sponsored a contest where readers could submit ideas for what should be the official song of the Army Air Corps.

At the last minute, a musician and amateur pilot named Robert Crawford (who purchased a plane for himself so he could get to his concert gigs more easily), sent in “Off We Go,” which the selection committee — made up of Army Air Corps wives, according to the Library of Congress — unanimously selected as the best in the bunch.

That song became the Air Force’s official anthem, and while it was selected by women, it did not recognize the service and achievements of female airmen until today, when Air Force Chief of Staff Gen. David Goldfein updated the lyrics to do so.

Specifically, the changes apply to the third verse of the song, which used to go like this:

Here's a toast to the host
Of those who love the vastness of the sky,
To a friend we send a message of his brother men who fly.
We drink to those who gave their all of old,
Then down we roar to score the rainbow's pot of gold.
A toast to the host of men we boast, the U.S. Air Force!

Goldfein said the change is long overdue. A graduate of the Air Force Academy, Goldfein pointed out that the other service academies, Annapolis and West Point, updated their alma maters to be gender neutral in 2004 and 2008, respectively.

“It is time for us to change,” Goldfein wrote.

Still, the changes represent only one verse of the four-verse Air Force song, the the other three of which still include plenty of male-only references such as “At ‘em boys, Give ‘er the gun/Minds of men fashioned a crate of thunder/hands of men blasted the world asunder/souls of men dreaming of skies to conquer/flying men, guarding the nation’s border.”

Goldfein signaled that changes may come to those lyrics too.

“[W]e’ll also take a hard look at whether further updates may be warranted for the other verses of the song,” the general wrote.

Goldfein hinted at additional changes during a fireside chat at the Air Force Association’s Air Warfare Symposium on Thursday. The initial change was meant “to open a conversation here, which I want to have over the next few months, to update the first verse,” he said.

“I can tell you a number of stories of women who have been given the gun, throughout the ages really, but especially most recently as all combat positions are open,” Goldfein added. “I think it’s an important discussion for us to have.”

Goldfein wrote that when he walks through Arlington National Cemetery on Memorial Day, he “will visit men and women buried side by side.”

“Such is the nature of combat,” he wrote. “It does not discriminate. Neither should we.”