"I'm not going to give you a name. I'll just tell you we have a few right now that we're looking at." 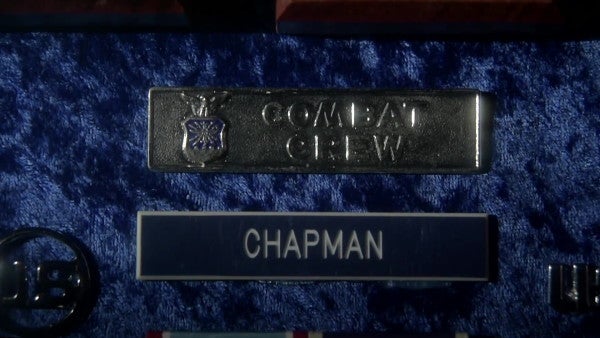 NATIONAL HARBOR, Maryland — The Air Force is reviewing whether some airmen's valor awards deserve to be upgraded to the Medal of Honor, Chief of Staff Gen. David Goldfein said on Tuesday.

Goldfein revealed that several airmen are being considered for the nation's highest military award during a press conference at the Air Force Association's annual Air, Space, and Cyber Conference. He declined to say exactly who could receive the Medal of Honor, pending the outcome of the review process.

“I don't want to start expectations,” Goldfein said. “I don't want to get in front of Congress. It's the Congressional Medal of Honor, so the president is the one who's got to take a look at that. I'm not going to give you a name. I'll just tell you we have a few right now that we're looking at.”

When Task & Purpose asked if Tech Sgt. Daniel Keller's Air Force Cross could be one of the awards upgraded to the Medal of Honor, Goldfein said there's “always a chance,” but that is not something the Air Force is considering at the moment.

Keller saved countless lives during an August 2017 battle in Afghanistan against 350 ISIS fighters. The combat controller personally rescued U.S. service members from the kill zone during the desperate fight, engaged the enemy with his weapon, and called in airstrikes that kept ISIS at bay and allowed his team to be extracted.

During the 15-hour fight, Keller was wounded by an explosion and was later diagnosed with Traumatic Brain Injury.

Despite the “just unbelievable actions” that Keller performed during the battle, Goldfein said he does not believe there is a review to see if the combat controller should receive the Medal of Honor.

“I will tell you we're not looking at that for that particular mission set,” Goldfein said. “It was reviewed. We take a lot of time and put a lot of effort into reviewing every award an airman gets. It was upgraded from a Silver Star to an Air Force Cross, which is the highest medal we can give.”