Though the incident is still under investigation, the Air Force said Tech Sgt. Peter Kraines, 33, died from injuries he sustained while performing mountain rescue techniques in Boise, Idaho 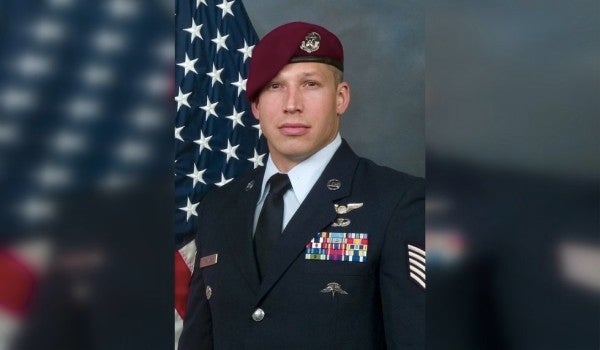 An Air Force special tactics pararescueman with the 24th Special Operations Wing has died in a training accident in Idaho, the Air Force announced on Thursday.

Though the incident is still under investigation, the Air Force said Tech Sgt. Peter Kraines, 33, died from injuries he sustained while performing mountain rescue techniques in Boise on Tuesday.

As a Special Tactics pararescueman, Kraines was trained to conduct combat search and rescue and personnel recovery missions. Among his many awards and decorations are an Air Medal with one oak leaf cluster, an Air Force Commendation Medal, the Afghanistan Campaign Medal and the Air Force Expeditionary Service Ribbon with Gold Border.

“This is a tragic loss to the Special Tactics community,” said U.S. Air Force Col. Matthew Allen, commander of the 24th SOW. “We are grateful for the support from our community and our [Air Force Special Operations Command] teammates. Our thoughts are with his family, friends, and teammates at this time.”

Upon completion of the program, Kraines was assigned to the 347th Rescue Group at Moody Air Force Base, Georgia. He was eventually selected to join the 24th SOW and assigned to Fort Bragg, North Carolina in March 2017.

Beyond his training in combat search and rescue and personnel recovery operations, Kraines was also a military static-line jumper, a free fall jumper, an Air Force combat scuba diver and certified as an emergency medical technician, according to the Air Force release.