"New leadership was necessary to ensure good order and discipline" 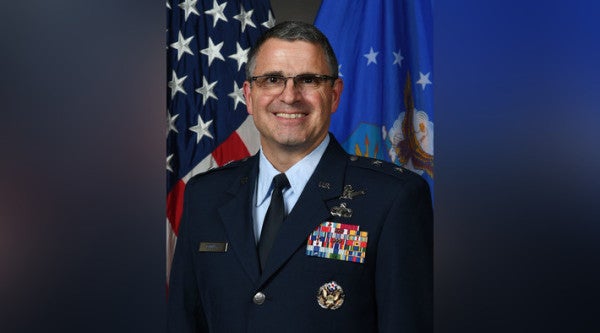 The Air Force on Wednesday relieved Maj. Gen. William T. Cooley, the commander of the Air Force Research Laboratory, citing “a loss of confidence in his ability to lead” with regards to alleged misconduct which is currently under investigation.

“The Air Force takes any misconduct allegation seriously,” Bunch said. “I expect our leadership to uphold the highest standards and live up to the Air Force's core values.”

Derek Kaufman, a spokesman for Air Force Materiel Command, told Task & Purpose he could not comment on the nature of the alleged misconduct, but explained that the Air Force Office of Special Investigations had taken on the case.

As commander of the Ohio-based AFRL, Cooley headed a $4.8 billion science and technology program with a government work force of about 6,000 people, according to the major general's biography.

Cooley has been in the branch since 1988, when he was commissioned as a second lieutenant. He took the helm of AFRL in May, 2017 and was promoted to major general in July 2018.

Over the past 32 years, Cooley has worked on a range of Air Force scientific projects, from space and missile systems to military satellite communication to semiconductor lasers and space vehicles.

In the meantime, Cooley also deployed to Afghanistan, earned a Bronze Star and Defense Superior Service Medal with oak leaf clusters, and obtained a Ph.D in engineering physics.

Bunch wrote that Brig. Gen. Evan Dertien has been appointed AFRL commander. Cooley has been assigned as Bunch's personal assistant for the time being.