The investigation into Maj. Gen. Miyako Schanley's command kicked off earlier this year. 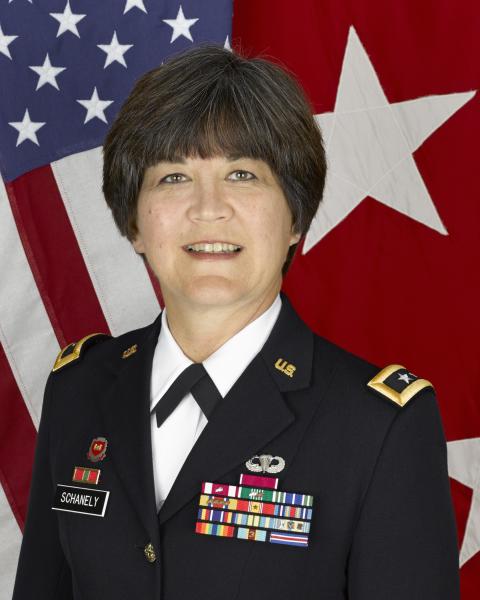 Maj. Gen. Miyako Schanely, the two-star general in charge of the Army Reserve's 416th Theater Engineer Command, has been suspended amid an investigation into alleged mishandling of sexual assault and harassment allegations.

An investigation by the Army into Schanely's command kicked off earlier this year after the Associated Press reported that at least two sexual assault complaints were investigated internally, in violation of Army regulations, instead of being referred to the Army Criminal Investigation Command.

According to documents provided to Task & Purpose, an internal investigation was opened to look Into a sexual assault allegation that was reported through a third-party, despite Army guidelines saying that if the chain of command is made aware of an alleged assault through a third party, “an official investigation will be initiated.”

In another case, the commander of the 739th Engineer Company took no action after being told about a sexual assault by his executive officer.

“We urge you to pursue a comprehensive review of the troubling charges brought to light by this article and provide clarity on any ongoing Army investigation into handling of sexual assault claims by the 416th,” the lawmakers wrote in January.

In February, McCarthy told Durbin that the service was initiating a review, writing in a letter that the commander of the 416th was “on-station at her unit headquarters in Illinois to directly support all aspects of the investigation.”

“She is providing clear and engaged leadership on this important matter,” McCarthy said. “Ensuring all victims are afforded their full protections and services, and taking immediate corrective action as necessary.”

In May, Evan Keller, a spokesperson for Duckworth, told Task & Purpose that Duckworth's office had “not yet received notification from the Army that the investigation…has been completed or any clarity on the investigation itself.”

Related: The US military saw an increase in reports of sexual assault in the ranks last year