"They make room for it.” 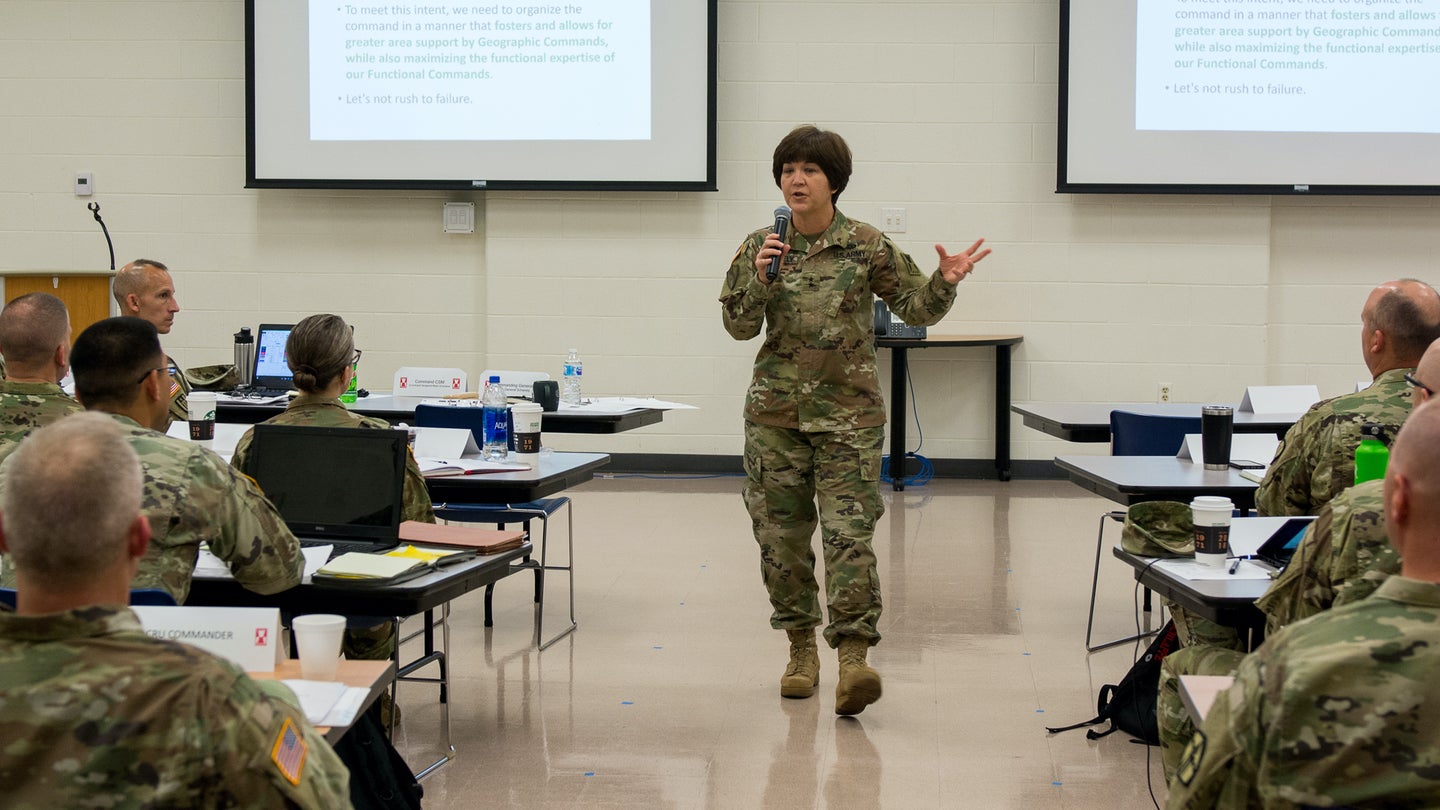 After Army investigators found “numerous shortfalls” in a command’s sexual assault and harassment prevention program that resulted in mismanaged cases of assault, failure to follow Army regulations, and in some instances reports of retaliation again victims, those responsible are receiving punishment that at least one victim says doesn’t go far enough.

“There’s people who lose their children to this,” said Spc. Sara Joachimstaler, who reported being sexually assaulted by another soldier in the 416th Theater Engineer Command and retaliation from her own leaders after she witnessed another soldier’s harassment. “People have lost their own lives and sanity because of this … I think it’s just another joke, it’s a laughing matter because it’s not going to change anything.”

Related video: Military sexual assaults have reached a four-year high as the Pentagon downplays its failures

Army investigators last year opened a probe into the 416th TEC, a two-star Reserve command in Illinois, over claims that leaders frequently mishandled sexual assault and harassment allegations. After the failures were reported, both U.S. senators in Illinois demanded answers from then-Army Secretary Ryan McCarthy.

In response the Army has issued eight general officers memorandums of reprimand (GOMORs) — one to the 416th commander, Maj. Gen. Miyako Schanely, and seven to other officers and non-commissioned officers. Five other officers and non-commissioned officers received adverse counseling statements; two “senior leaders” who the Army did not name are also facing “administrative action” from Army Vice Chief of Staff Gen. Joseph Martin.

The investigation’s findings come as the Army has been moving forward on reforms to its sexual harassment/assault response and prevention (SHARP) program. The changes are based on recommendations made by an independent panel after their review of the “structurally flawed” SHARP program at Fort Hood, Texas. While the panel’s review was specifically of Fort Hood’s program, it was widely acknowledged in the Army that their findings likely mirrored problems happening at other installations and within other commands.

A report released on Tuesday detailing the findings of the investigation of the 416th confirmed that.

The report listed a number of issues with the SHARP program at the 416th, including personnel shortages due to a “[l]ack of leadership and interest.” The investigation found the 416th headquarters “had challenges in … properly complying” with SHARP program requirements, had problems in hiring civilian SHARP personnel, and provided “ambiguous guidance” on how to conduct sexual assault review boards.

The report also said that Schanely, the commander of the 416th who was suspended last year and has since relinquished command, never once initiated a command climate survey.

The severity of a GOMOR typically depends on where it’s filed — if it’s placed in a soldier’s “local” file, it can be erased when that soldier leaves their unit. But if it’s placed in a soldier’s permanent file, it can potentially interfere with future promotions or in some cases result in administrative separation proceedings. Mosser said on Monday that a GOMOR “is administrative in nature, and it doesn’t carry the public stigma of punitive actions,” like interfering with someone’s ability to retire with benefits.

The Army declined to specify if the GOMORs that were distributed were placed in permanent files or local files. When asked specifically if there were any ongoing separation proceedings for any of the soldiers who received GOMORs, Mosser declined to answer.

He went on to say commanders in the Army Reserve are “committed to eradicating all of these behaviors” from within their ranks and are committed to “following through on the results of the investigation.”

Joachimstaler, one of the assault victims in a case that drew attention to the 416th’s broken SHARP program last year, said on Tuesday that she didn’t believe a GOMOR was an appropriate step against Schanely “at all.” Task & Purpose typically does not name victims of assault but is doing so at her request.

“You can’t just disperse the problem and expect it to just dissolve,” she said. “You can’t take 12 unnamed soldiers and give them some kind of [administrative] action, and say ‘Okay we’ve done our deed for the day.’”

The investigation into the 416th stemmed from two cases first reported by the Associated Press last January and detailed further by Task & Purpose. In one case, a female soldier reported being sexually harassed by her company commander and first sergeant; the only other witness to the harassment, Joachimstaler, later made a report to the inspector general saying she was retaliated against by the commander and first sergeant.

Joachimstaler had also previously reported being sexually assaulted by a non-commissioned officer, but her commander and first sergeant did nothing about it despite being required to report the assault under Army regulations. Instead, the commander “refused” to take action according to a sworn statement from his executive officer, and told the executive officer that he needed to “back him up, no matter what.”

Those cases exposed a third case from months earlier, when a previous commander of the same unit was informed by a third party of two sexual assaults against a 17-year-old soldier. Documents showed that he failed to report the case to the Army Criminal Investigation Command, CID, as Army regulations require commanders to do, and instead carried out an internal investigation of his own.

“If you learn about an allegation of sexual assault, you must report that allegation to CID immediately,” a commander’s legal handbook published in 2019 says. “DO NOT conduct any internal command directed investigation into the sexual assault.”

It’s unclear if the commander or first sergeant who were identified as failing to take action on behalf of their soldiers last year are among the 12 leaders being disciplined. The Army declined to provide any further information about them or how they were implicated in the investigation.

Despite all of this, Maj. Gen. Mosser emphasized to reporters on Monday that the victims of the cases mishandled by the 416th were in fact taken care of by the Army.

“The victims themselves, I can tell you, received all the support and care that they needed in terms of medical support, legal support, counseling support,” Mosser said. When a reporter pointed out that the idea that victims were taken care of seemed inconsistent with the findings of the investigation that leaders failed to appropriately manage their cases, Mosser said a victim being taken care of “emotionally, physically, these types of things” is different than how “the complaint is handled” and how the Army comes “to the conclusions, the investigations, findings, and so forth.”

Joachimstaler scoffed at the idea that she’d been taken care of in any sense, saying if she had a daughter, she’d never approve of her serving in the Army after the experience she’s had.

She pointed specifically to the Army’s declaration that there is no place for assault or harassment within the ranks and there’s no tolerance for it — but said after appearing at her assailant’s separation board just weeks ago, the Army ultimately decided to retain him. She argued that not only is there tolerance, but they’re “scooting over” for a person accused of assault.