An Army spokeswoman confirmed he was "suspended from his duties for an allegation of inappropriate touching." 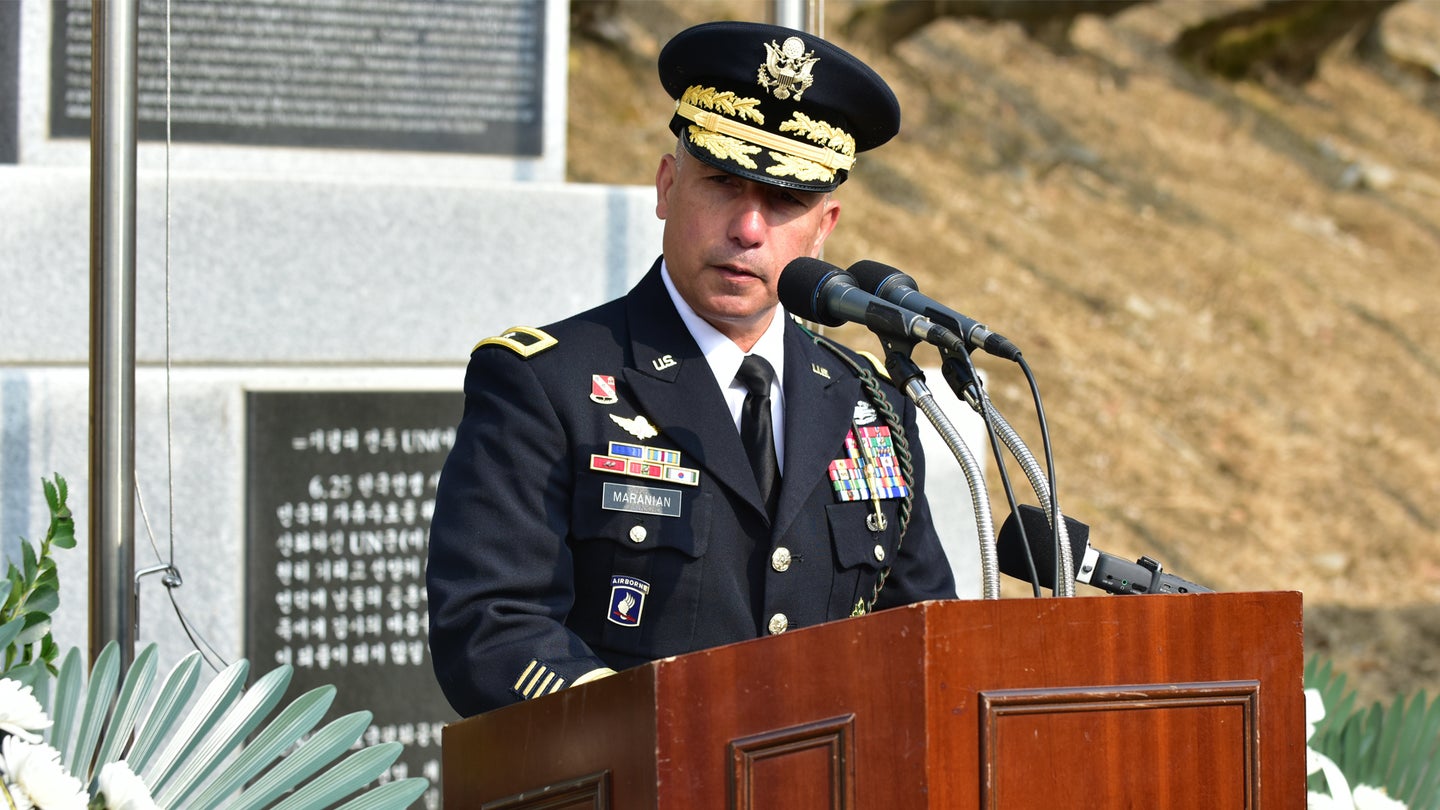 The Commandant of the Army War College who was suspended last week is under investigation for abusive sexual contact with an Army civilian, Task & Purpose has learned.

A military protective order was issued against Maj. Gen. Stephen Maranian on Feb. 9, the day his suspension from the War College was announced, saying he was under investigation for abusive sexual contact. The college in Carlisle, Pa., is a professional military education institute for military and civilian leaders, as well as international military leaders. An Army statement on Feb. 9 said only that Maranian was “suspended from his duties” there and that the “matter is under investigation and unrelated to his current position.”

Col. Cathy Wilkinson, chief of Army media relations, confirmed to Task & Purpose on Thursday that Maranian “was suspended from his duties for an allegation of inappropriate touching unrelated to his current position.”

“As this allegation is currently under investigation by Special Agents from the U.S. Army Criminal Investigative Command, no further information will be released at this time to protect the integrity of the investigative process,” Wilkinson said. “These are allegations at this time and MG Maranian is presumed innocent until and if proven otherwise.”

Maj. Gen. David C. Hill, the deputy commander of the Army Corps of Engineers, was assigned as acting Commandant in Maranian’s place. Maranian did not respond to request for comment from Task & Purpose.

The allegation comes as the Army has turned its focus to getting a handle on sexual harassment and assault within the ranks, an effort made even more intense after the release of a report in December that detailed widespread failings at Fort Hood, Texas in holding people accountable for harassment and assault, and taking care of soldiers.

A female Army officer told Task & Purpose the report “echoes what I’ve been trying to tell my male leaders, peers, and my subordinates for years about the challenges that come with being a woman in the Army.”

“I’ve been sexually harassed by junior enlisted soldiers and by field grade officers alike,” she said. “If senior leaders read this report and still think this is a squad-level problem, they don’t understand their own peers or what’s happening in our units.”