Army Brig. Gen. Michael Harvey was suspended on June 2. He has not been relieved of command 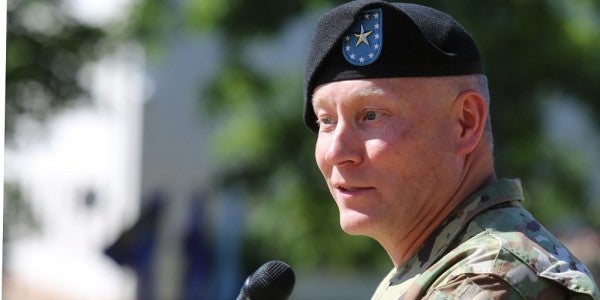 Brig. Gen. Michael Harvey has been suspended as the head of 7th Mission Support Command in Germany amid an investigation that “does not involve criminal activity or safety,” U.S. Army Europe announced.

Prior to being suspended, Harvey also served as the deputy commander of the 21st Theater Sustainment Command.

Scrocca said he was unable to say what exactly prompted Harvey’s suspension while the investigation is ongoing.

Stars and Stripes reporter John Vandiver first reported on Thursday that Harvey had been suspended pending the investigation's outcome.

Originally from Piney Flats, Tennessee, Harvey took command of 7th Mission Support Command on June 29, 2019. He was commissioned in 1991 after graduating from East Tennessee State University with a bachelor’s degree in business administration.