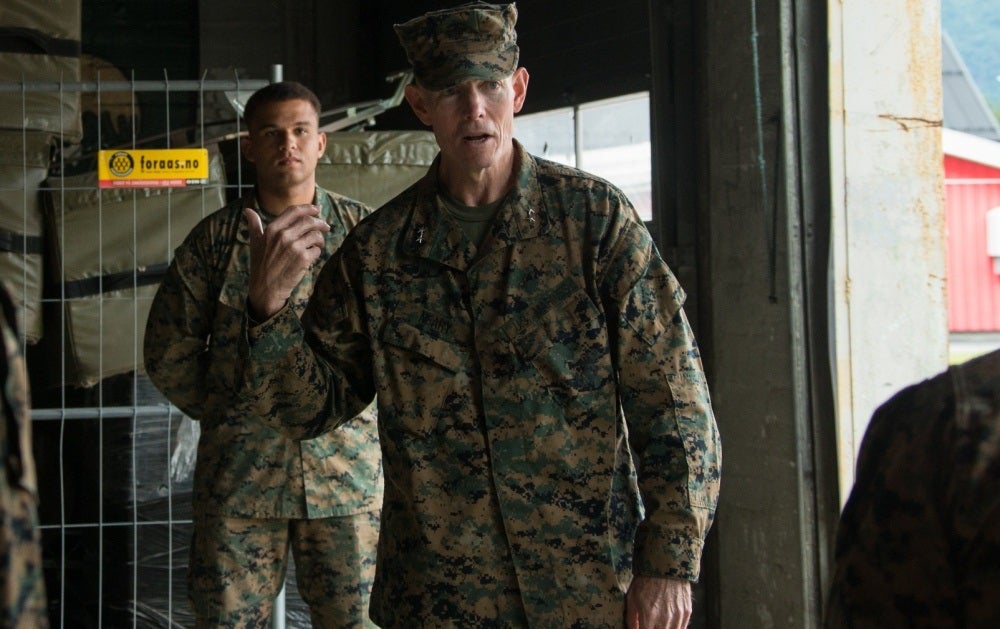 The commander of Marine Corps Forces, Europe and Africa has been fired nearly three weeks after Stars and Stripes first reported that he was under investigation for allegedly using a racial slur during a training event.

Maj. Gen. Stephen M. Neary was relieved of command by Marine Corps Commandant Gen. David Berger on Monday, the Corps announced in a terse news release. He had been in command for a little over three months.

“Neary was relieved due to a loss of trust and confidence in his ability to serve in command,” according to the news release, which did not include a specific reason why Neary was fired, nor did it mention the investigation.

The Marine Corps has not released any further information about the circumstances surrounding Berger’s decision to fire Neary.

Stars and Stripes reporter John Vandiver first revealed on Tuesday that the incident allegedly took place in August when Marines who were exercising listened to rap music, some of which had lyrics that included racial epithets.

Neary allegedly tried to turn the event into a teachable moment by asking the Marines how they would feel if he also used that type of language, according to Stripes, which cited an unnamed Marine.

The general was later placed under investigation for allegedly saying the n-word, a Corps official confirmed to Task & Purpose.