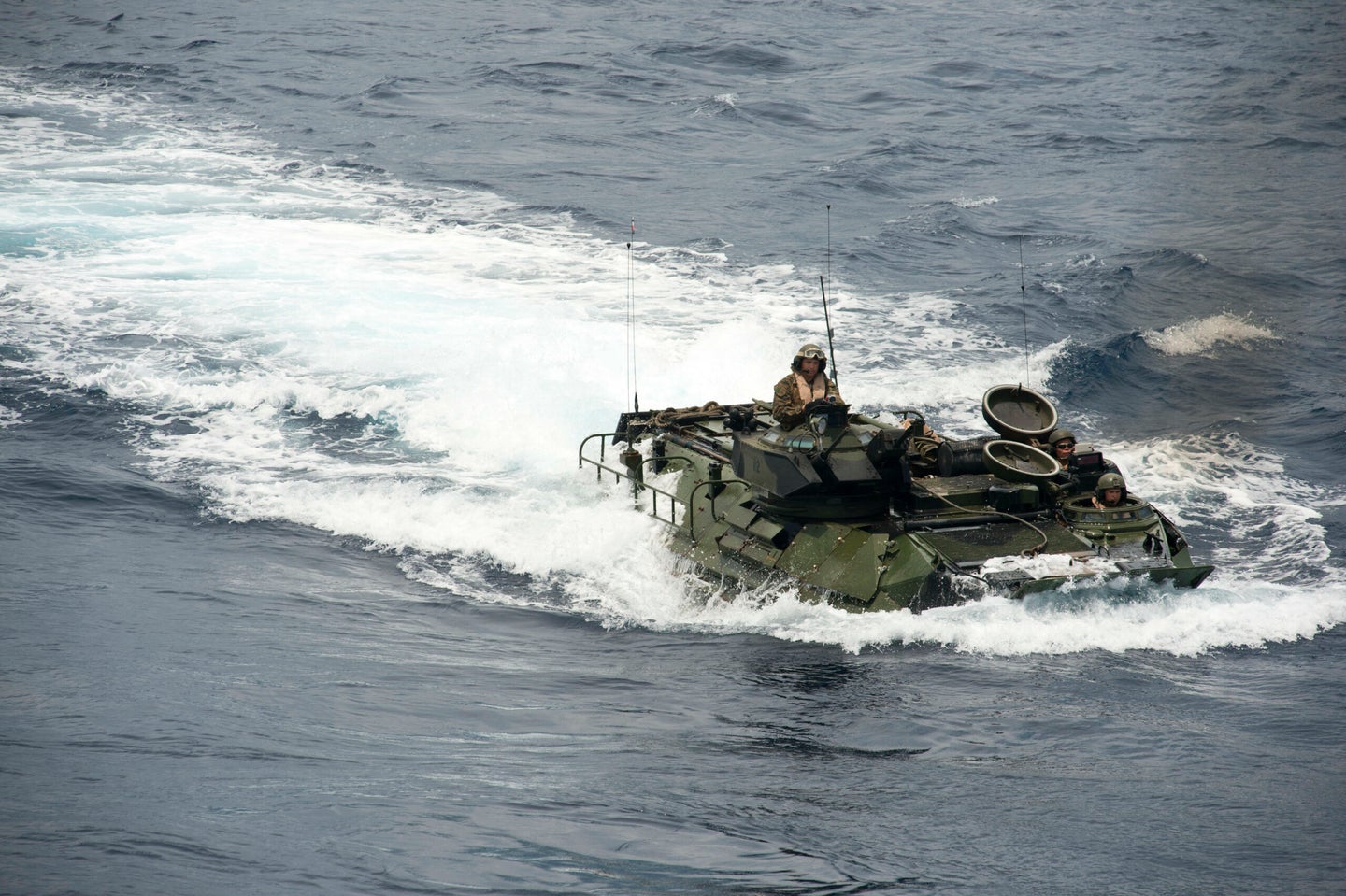 Marine Corps Commandant Gen. David Berger said he is considering disciplining at least one general officer for last year’s training accident that cost the lives of eight Marines and one sailor when their amphibious assault vehicle sank.

A command investigation into the July 30 incident found eight of the service members who died had not been trained on how to escape from a submerged vehicle. The investigation also determined that the amphibious assault vehicles assigned to the platoon before the exercise were in “horrible conditions.”

A second investigation that looked into how the units involved were trained and equipped prior to becoming part of the 15th Marine Expeditionary Unit is now complete, Berger told reporters on Wednesday, adding that he now has a “very clear picture right all the way up the chain [of command.”

When asked if any disciplinary actions will be taken against general officers as a result of the findings, Berger replied “to be determined,” but he would not say who might be affected.

“I need to have that discussion with the acting secretary first,” Berger said during a roundtable with reporters.

Berger declined to specify whether he is considering disciplining more than one general officer.

“We’ll see,” Berger said. “I don’t want to get in front of the acting secretary.”

Castellvi led the 1st Marine Division at the time of the accident and was responsible for making sure all of his troops completed training on how to get out of submerged vehicles before they were assigned to the 15th MEU.

That training would have saved the lives of the nine service members who died in the accident, retired Marine Col. Walter Yates wrote in an April 30 commentary for Task & Purpose.

The initial command investigation determined that Castellvi should have also held a Marine Corps Combat Readiness Evaluation before the exercise that would have likely identified the equipment and training failures that contributed to the accident.

However, Lt. Gen. Steven Rudder, commander of U.S. Marine Corps Forces Pacific, initially decided not to discipline Castellvi despite finding that Castellvi “bears some responsibility for the failure” to hold the MCCRE and to make sure that all members of the platoon had gone through the full training of how to escape from a submerged vehicle.

When asked why Castellvi was not held accountable for the readiness issues revealed by the command investigation, Berger said the initial investigation did not indicate that Castellvi had taken any actions that had violated the Uniform Code of Military Justice.

“But I needed to know more about the forming of the MEU – how it was put together from the division, the wing, and the MLG [Marine Logistics Group] – and that led to where we are today,” Berger said. “We will never hesitate – legal or on the other side – to relieve a commander if we’ve lost trust and confidence, but I needed to understand in greater depth about how that MEU was composited, which I now know.”

Earlier this month, Marine Corps Assistant Commandant Gen. Gary L. Thomas told lawmakers that a total of 11 Marines either have been or will be held accountable for the accident.

The incident marks the deadliest training accident involving an amphibious assault vehicle in the Marine Corps’ history. It also shines an uncomfortable light on the Corps’ fleet of aging amphibious vehicles, which Marines have called death traps.

After recovering the 36-year-old amphibious assault vehicle that sank, investigators determined that it was not watertight during the exercise. The vehicle had several openings that allowed “a significant amount of water” to leak inside.

But the problems were not just limited to the platoon’s vehicles. Most of the Marine Corps’ fleet of amphibious assault vehicles failed an inspection after the accident.

However, the Marine Corps is not yet able to retire its amphibious assault vehicles, Berger said.

For the moment, those vehicles allow the Marine Corps to move troops from ship to shore, he said. The only other way to get Marines ashore right now is to fly them there by helicopter or MV-22 Osprey, a tiltrotor aircraft that can take off and land like a helicopter.

The Marine Corps is at the beginning of fielding more than new Amphibious Combat Vehicles by 2028.

“If I could replace them [amphibious assault vehicles] with ACVs next week, we would do that – and we are,” Berger said.