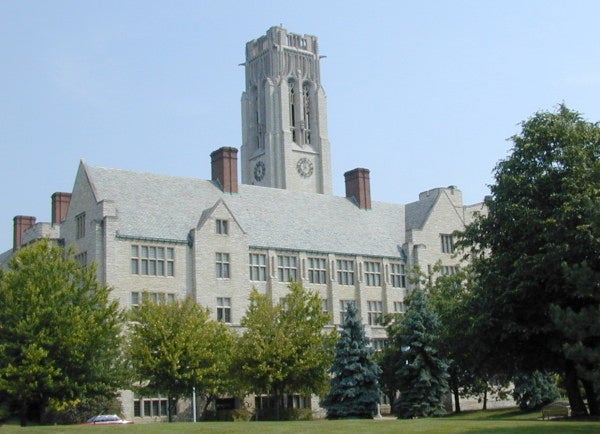 Dallon Higgs, identified in court records as a former U.S. Army paratrooper, enrolled in the university's physician assistant program in 2017, shortly before the program lost its accreditation.

In a lawsuit filed Tuesday in Lucas County Common Pleas Court, Mr. Higgs accused the university, his counselor, and the head of the physician assistant program of punishing him for his criticism of the program and disclosing his personal health information.

“Specifically, Defendants engaged in a pattern intentional, reckless, and or/negligent conduct whereby they made false statements regarding Plaintiff's mental health and falsely presented Plaintiff as a threat to others,” the lawsuit states.

In a meeting led by Dr. Speer the following month, PA students and program leaders discussed the accreditation loss. Mr. Higgs, according to the lawsuit, directed pointed questions at Dr. Speer, who led the meeting.

After that encounter, the suit alleges, Mr. Scheramic disclosed information from Mr. Higgs' session to his wife, and they and the university conspired to remove Mr. Higgs from the program.

Among the tactics to portray Mr. Higgs as a threat was the presence of law enforcement and security personnel while Mr. Higgs sat for program exams, the lawsuit states.

“Defendants' conduct was so extreme and outrageous as to go beyond all bounds of decency and was such that it can be considered as utterly intolerable in a civilized society,” the suit reads.

The university concluded that Mr. Higgs' federal education privacy rights were violated, according to the lawsuit and a UT document provided to The Blade by Mr. Higgs' attorney Zachary Murry.

The university regained its accreditation in January, 2018, though the program will remain on probation for two years.