That proposed Missouri law requiring residents own an AR-15 seems too good to be true. That’s because it is 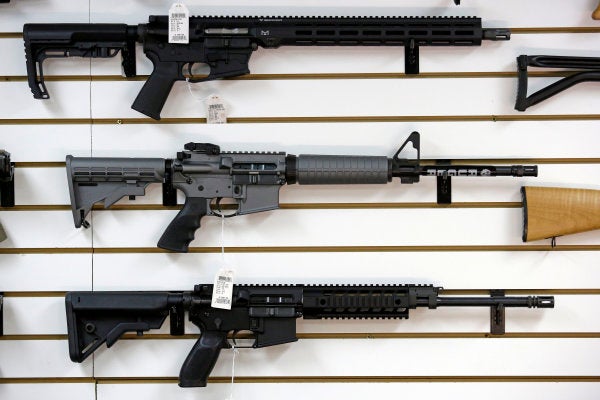 A new bill introduced in the Missouri House of Representatives would require a significant number of state residents own “at least one” AR-15 semi-automatic rifle with the help of a hefty tax break — except it won't ever get off the ground.

The so-called “McDaniel Militia Act,” introduced by State Rep. Andrew McDaniel last week, would mandate all adult Missourians between the ages of 18 and 35 (and not already prohibited from owning a firearm) acquire an AR-15 rifle within a year of the legislation's passage.

McDaniel also introduced the “McDaniel Second Amendment Act” to mandate ownership of a .22 caliber handgun among residents over the age of 21.

In addition, the twin bills come with an added bonus —a combined $2 million in tax credits for the purchase of those required AR-15s and handguns.

Sound too good to be true, right? That's because it is.

While Guns.com notes that several cities have mandatory firearm ownership measures on the books, it's worth noting that Daniel put forward the two measures as part of an explicit ploy by the Republican lawmakers to “bait the left” on issues of gun control, according to The Washington Post:

As the AR-15 became a flash point in the response to the terrorist violence in New Zealand, McDaniel's legislation emerged from the obscurity of Missouri's legislative docket. Neither measure has been scheduled for a hearing.

Nevertheless, television stations in Kansas City, Mo., grew interested in the eponymous bills. Reports appeared in newspapers in St. Louis and Tulsa. The conservative website the Daily Caller weighed in. So did Splinter News, from the other end of the ideological spectrum.

Soon, McDaniel was forced to clarify that he didn't — technically speaking — support his own bills, at least not as written.

He wants the tax credits for firearms purchases, but that part about requiring everyone to own a gun? It was a tactic to try to bait the left.

“I wanted the media and the other side to jump on it, to show that our Second Amendment rights are under attack,” McDaniel said. “I don't actually support mandates, hardly ever.”

Introducing legislation to make a point makes total sense, but given that Daniels opposes his own bill, there seems like zero change these measures would ever become law. Of course, Daniels' introduction of the legislation coincided with the mass shootings at mosques in New Zealand that left 50 people dead — which, point made, I guess?