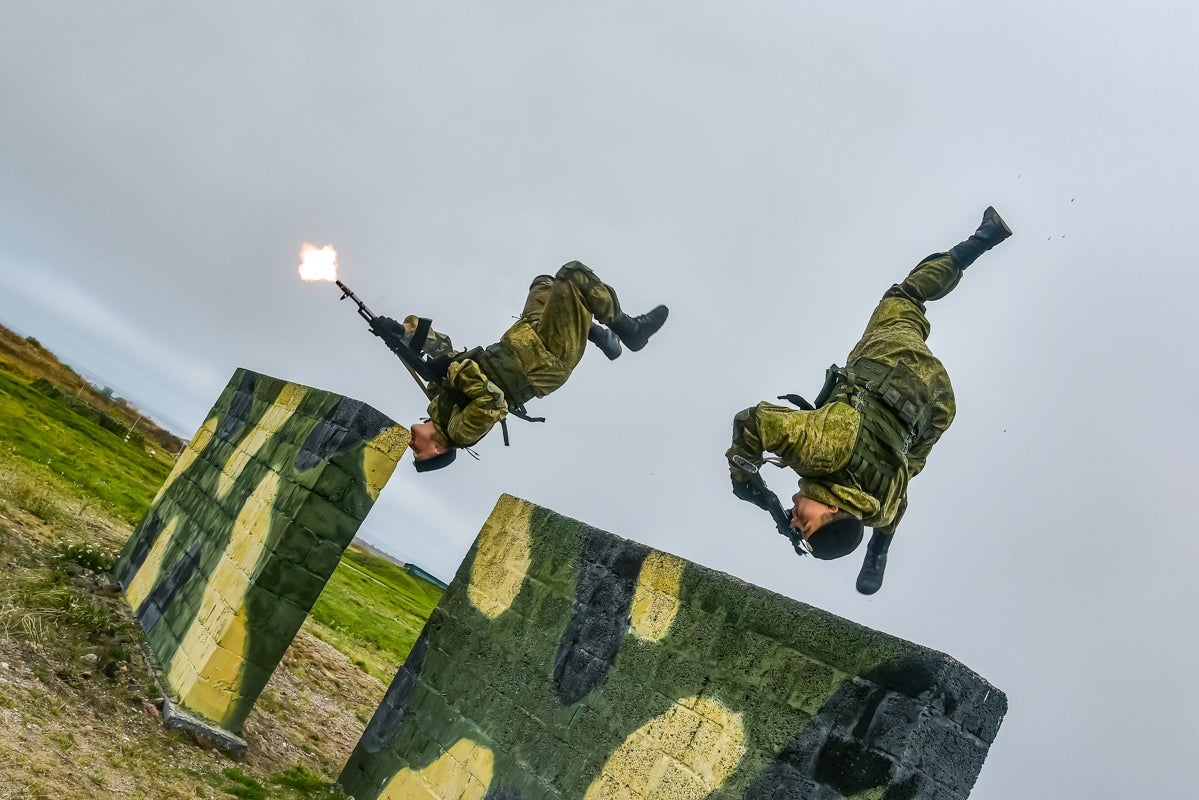 In the annals of military history, there are few things more fascinating than the batshit crazy military drills that other countries force their troops to participate in, from jumping through flaming hoops or backflipping away from explosions.

Luckily for us, the Russian Ministry of Defense recently dropped a cache of photos showing service members participating in specialized combat training in the country’s Kaliningrad region on the Baltic Sea, and they are truly something to behold:

According to the Russian MoD, the photos were taking during tactical exercises involving Russian marines from the Baltic Fleet at Kaliningrad’s Khmelevka training ground.

The exercises consisted of an amphibious assault involving what appear to be the Russian military’s only two Zubr-class Landing Craft Air Cushion hovercraft, the Evgeniy Kocheshkov and the Mordoviya, followed by “training on the scout’s trail and [a] psychological obstacle course,” according to the MoD.

Russia has conducted increasingly complex military exercises in the Kaliningrad region. As recently as August, more than 2,500 service members from the Baltic Fleet’s army corps participated in large-scale live-fire drills against more than 1,500 simulated targets, as TASS reported at the time.

Jan Thörnqvist, chief of joint operations with the Swedish Armed Forces, said in a statement at the time that “[the] extensive military activity in the Baltic Sea, conducted by Russian as well as Western players, on a scale the likes of which have not been seen since the Cold War.”

But despite this, the ornate training exercises publicized by the MoD this week are “mostly a dog and pony show,” says Rob Lee, a Marine Veteran and researcher with the Department of War Studies at King’s College London. “They are likely trying to make the most of their training before the winter months when the op tempo goes down.”

That said, it’s worth noting that backflipping with deadly weapons during combat training appears to be a Russian tradition. Look no further than this classic shot from Spetnatz boot camp:

How do you say “great power competition” in Russian? Because it’s clearly time for U.S. forces to up their backflip game.