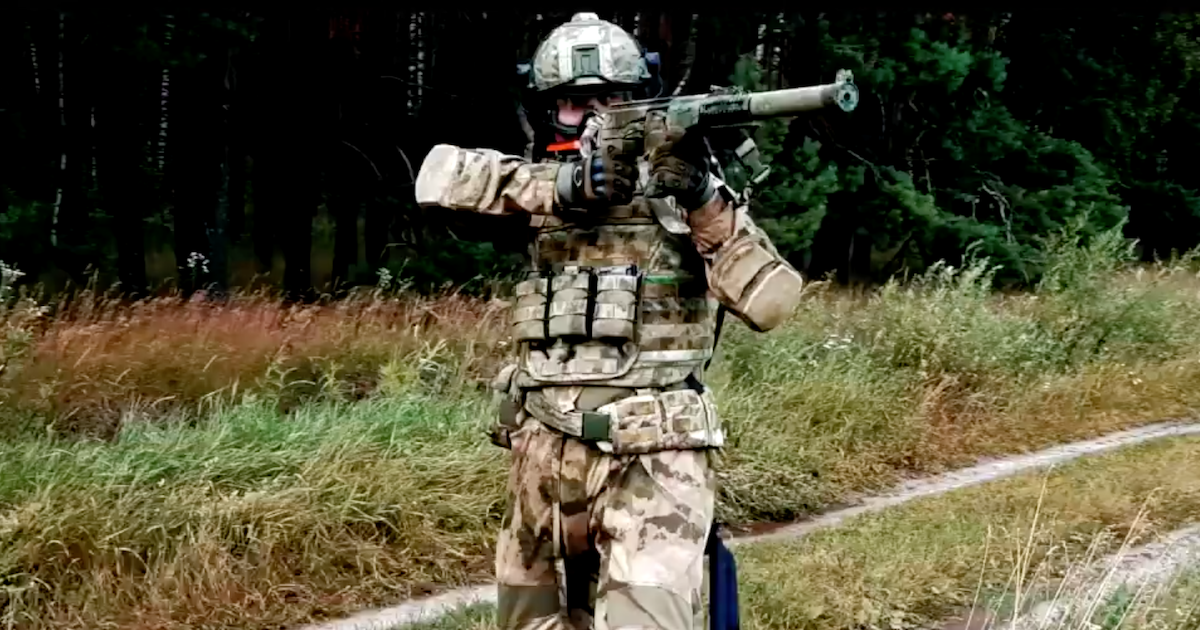 “The exoskeleton is hidden beneath the clothes and gear. It does not hinder the soldier’s movements, but on the contrary, eases the strain on the locomotor system,” the video explains, according to Russian news agency TASS.

“It allows for easily carrying up to 60 kilograms of combat equipment and weapons, while its own weight is six kilograms,” the video explains, noting that the exoskeleton’s joints can lock to support heavier loads.

The new exoskeleton represents a major advancement over past systems flaunted by Russian defense contractors in years past, according to Samuel Bendett, a research analyst at the Center for Naval Analyses.

“The defining feature of [the Stormer] exoskeleton is the fact that it allows a soldier to move freely more or less,” Bendett told Task & Purpose. “It is also part of his uniform so it doesn’t really interfere with his normal operations. This is important because other exoskeleton models present limited features to what a soldier can do.”

The debut of the ‘Stormer’ powered exoskeleton comes two years after defense contractor TsNiiTochMash unveiled a futuristic armored suit that, as TASS reported at the time, could see adoption as the Russian military’s third-generation Ratnik-3 ‘Soldier of the Future’ combat outfit by 2025.

The development of the Ranik-3 and Stormer exoskeletons indicates that the Russian military remains significantly ahead of the United States when it comes to developing a powered armor for combat applications.

Indeed, the Pentagon has been pursuing the dream of a powered exoskeleton for nearly a half-century, with its latest effort, U.S. Special Operations Command’s Tactical Assault Light Operator Suit (TALOS), failing to yield a fully-integrated suit of combat armor following its unveiling in 2019.

Where the U.S. has remained stymied by system integration issues, Russia has benefitted in its exoskeleton development from its ability to field test such gear in its weapons playground of war-torn Syria, Bendett says.

“This particular assault version is designed for rapid movement in a stressful environment presumably by allowing the soldier to conduct operations without significant restraint,” Bendett said. “This is an indication that the Russian defense community is incorporating lessons learned from Syria to a very significant degree building on previous experience and experimentations.”

At the moment, the U.S. military is still playing catching up. As Task & Purpose previously reported, the Army is currently in the process of sussing out requirements for a brand-new exoskeleton to help soldiers ruck faster and harder while reducing fatigue. Whether it can test and field a combat-ready prototype at the speed of its Russian adversaries remains to be seen.

Related: The inside story behind the Pentagon’s ill-fated quest for a real-life ‘Iron Man’ suit