China appears to be testing a brand new military exoskeleton

China’s military is apparently testing a new exoskeleton to help soldiers haul heavy loads with relative ease, according to footage... 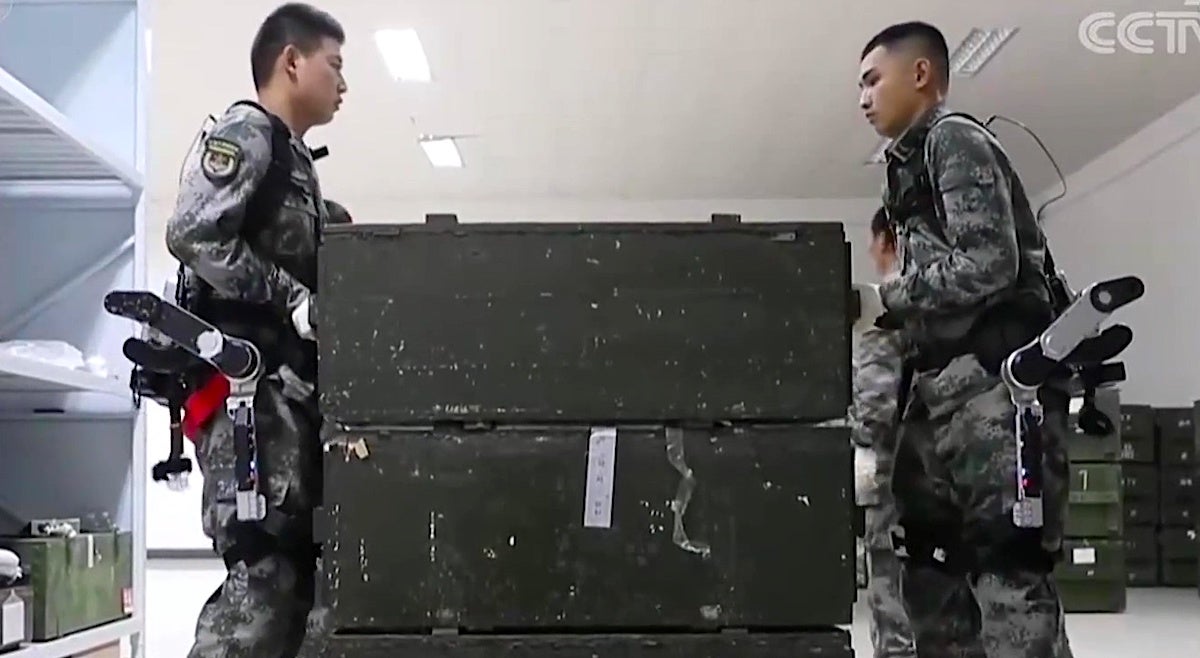 According to footage previously published by the People’s Daily, the PLA appears to have unveiled this particular system for logistics purposes back in early September.

Additional CCTV 7 footage also reportedly showed PLA soldiers using what appears to be the same system to carry wounded soldiers on a stretcher as part of a medical evacuation exercise, a function the Chinese military previously showcased back in August:

This isn’t the first time that Chinese state-run media outlets have flaunted high-tech powered exoskeletons amid their rapid adoption for military applications. In 2018, Chinese state-owned manufacturer Norinco debuted an exoskeleton body brace designed to help PLA soldiers carry up to 100 pounds of weapons, supplies, and ammunition.

A month before Norinco’s exoskeleton reveal, the China Shipbuilding Industry Corporation’s 707th Institute flaunted a powered exoskeleton for senior PLA officers in a bid to roll out the robotic apparatus for use at Chinese shipyards, according to Popular Science.

“Bottom line: militaries today are adopting new tech for even greater combat and logistics efficiency, which is where these exoskeletons will be used,” Samuel Bendett, a research analyst at the Center for Naval Analyses, told Task & Purpose.

While the Russian and Chinese efforts are part of a veritable exoskeleton arms race with the United States, the Pentagon has been pursuing the dream of a powered exoskeleton for nearly a half-century, although its latest effort — U.S. Special Operations Command’s Tactical Assault Light Operator Suit (TALOS) — failed to yield a fully-integrated suit of combat armor following its unveiling in 2019.

Now, as Russia and China push their respective exoskeleton projects forward towards the battlefield, the U.S. Army is now pursuing a brand new exoskeleton to help soldiers ruck harder than ever before. Whether it’ll be enough to catch up to the efforts of America’s competitors remains to be seen.