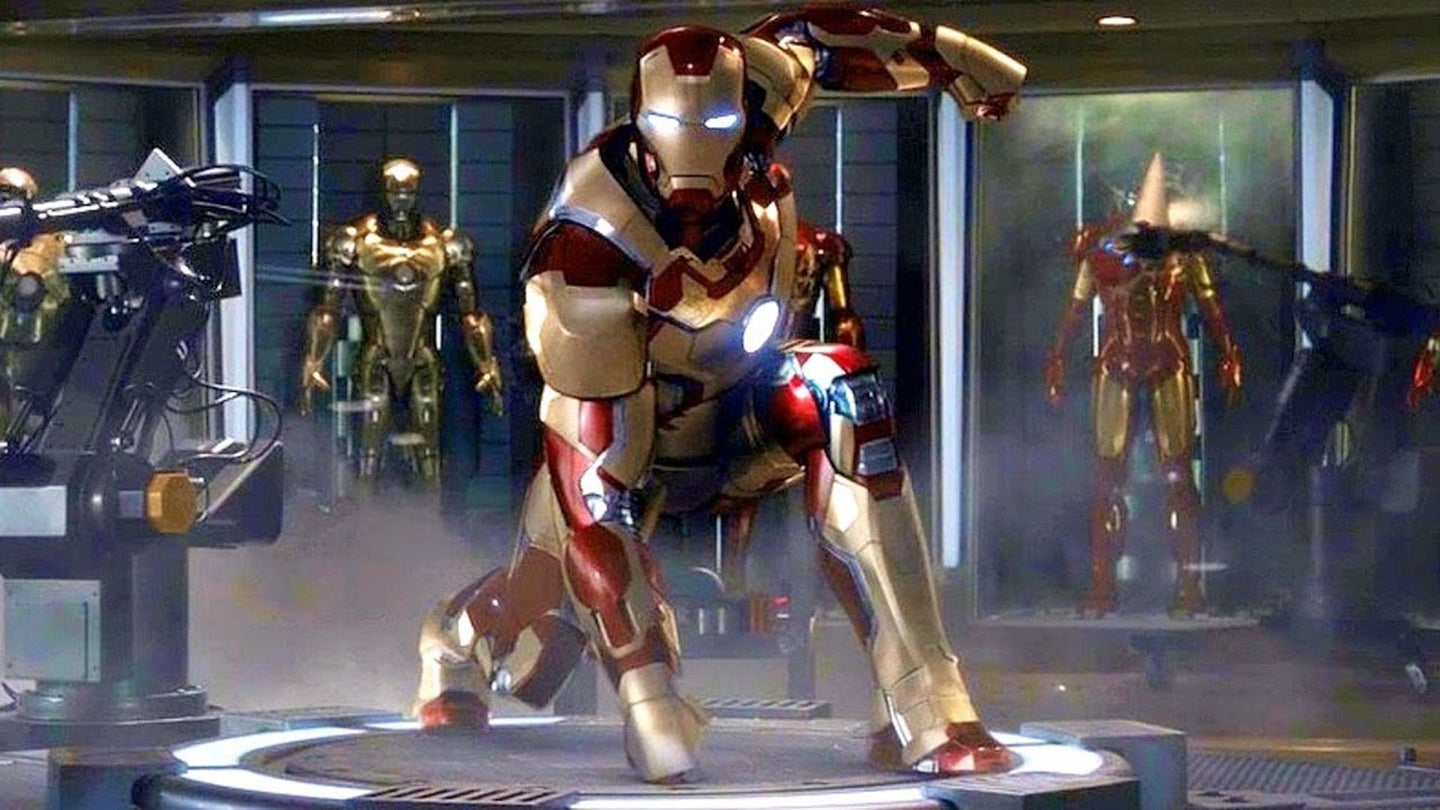 After years of sensational announcements for a soldier-borne combat exoskeleton and next-generation body armor that can stop a .50 caliber bullet, the Russian military-industrial complex is once again out with another questionable tactical innovation: a real-life ‘Iron Man’ suit.

Russia’s state-owned RIA Novosti news agency reports that Russian defense contractor Armocom is working on what it called an “Iron Man” powered suit “made of composite armor which can completely cover the body of a fighter like the armor of medieval knight” for a next-generation combat suit project called “Legionnaire.”

The Legionnaire suit will purportedly consist of body armor capable of easily protecting the wearer against small arms, as well as a powered exoskeleton which “will be required to support” the full-body system, Armocom deputy director general Oleg Faustov said in an interview with RIA Novosti.

More than 300,000 early-generation Ratnik combat suits consisting of 59 individual subsystems from “protective and life support elements” to new soldier-borne sensors and communications equipment have been delivered to the Russian military in the last decade, TASS previously reported, while the updated Ratnik-3 with an integrated exoskeleton and helmet visor-mounted objective identification and targeting system was still in testing as of November.

“Speaking of the combat equipment of ‘the future soldier,’ it should be mentioned that in 2021, in cooperation with domestic industrial enterprises, extensive work was carried out to include a new ‘robotic’ subsystem in the combat equipment of a serviceman, which includes mini-and micro-UAVs, wearable robotic complexes, as well as exoskeletons,” Russian Ground Forces commander-in-chief Gen. Oleg Salyukov said in a 2021 interview with the state-run Krasnaya Zvezda newspaper.

It’s worth noting that the new Legionnaire armor isn’t the only integrated combat suit that might potentially replace the Ratnik as the Russian military’s battle suit of choice: Rostec announced in 2021 that its futuristic fourth-generation Sotnik, or ‘Centurion,’ armor could allegedly withstand a direct shot from a .50 caliber Browning machine gun.

The armor, purportedly made of ultra-high molecular weight polyethylene fiber, would provide maximum survivability for soldiers but “will not restrict movement and will allow you to take [on] the extra weight necessary to perform special missions,” Rostec industrial director Bekkhan Ozdoev told state-run news outlet Russia Beyond, extra weight which includes “roboting equipment and integrated systems for exchanging information.”

As of 2021, the Sotnik’s third-generation iteration was expected to replace the existing operational Ratnik combat outfits already circulating among Russian forces by 2025 while Rostec perfects the fourth-generation variant’s subsystems. And while the exoskeleton element is among the essential components still under development, Rostec also recently unveiled a  “Shturmovik” (or “Stormer”) combat exoskeleton that will allegedly help Russian soldiers haul heavy loads on the battlefield in order to illustrate how much the technology has matured in recent years.

The U.S. and Russia have found themselves in something of a combat exoskeleton arms race in recent years. Indeed, the Defense Department has been pursuing the dream of a powered exoskeleton for combat troops for nearly a half-century, with its latest effort, U.S. Special Operations Command’s Tactical Assault Light Operator Suit (TALOS), failing to yield a fully-integrated suit of armor following its unveiling in 2019. And while the U.S. has remained stymied by system integration issues, Russia has benefitted from the ability to field test such gear in war-torn Syria and — and, now, Ukraine.

That said, it’s easy to mistake the sleek latticework of hexagonal plates of the Ratnik or the futuristic promises of the Sotnik and Legionnaire projects for real technological progress. As Marine veteran and military tech analyst Alex Hollings astutely noted amid Rostec’s Ratnik media blitz in 2020, the Russian military and associated industrial complex have a habit of hyping next-generation weapons systems (among other things) that don’t actually function in real-life combat situations.

Indeed, Samuel Bendett, an unmanned systems expert at the Center for Naval Analyses, told Task & Purpose that while the Russian military is likely leaning into new combat suits “given how many Russian soldiers were maimed and injured by munitions and shrapnel” in Ukraine, the widespread adoption of such high-tech (and high-cost) kits remains a substantial challenge.

“[The Russians] can make a proof of concept, but scaling it up across the services is a different story, and is unlikely,” Bendett told Task & Purpose. “Much depends on the state of the Russian defense industry, which may not have enough capacity to undertake this on a large scale.”

Even the Ranik combat outfit “is used but probably very unevenly, with some units equipped and others using older gear,” he said.

The Russian military-industrial complex has for years promised that the future Russian soldier will inevitably pilot powered armor ripped straight from the pages of Robert Heinlein’s Starship Troopers. And it’s an alluring promise: after all, who doesn’t like the idea of plowing through hostile territory impervious to small arms fire, wreaking havoc and looking like “a big steel gorilla, armed with gorilla-sized weapons” in the process, in the sci-fi legend’s immortal words?

But let’s be real: in all likelihood, the results of the Russian military’s adventures in powered armor may very well end up looking like the insanely phony battlesuits rolled out during a 2019 technology conference in Ghana than futuristic warriors clad in armor like a ‘medieval knight’ as Armocom’s Faustov promised. Indeed, if Faustov styles himself the Tony Stark to this new ‘Iron Man’ suit, he may in reality end up looking more like Justin Hammer: