What Americans are getting wrong about veterans

“There is still a lot more work to be done.” 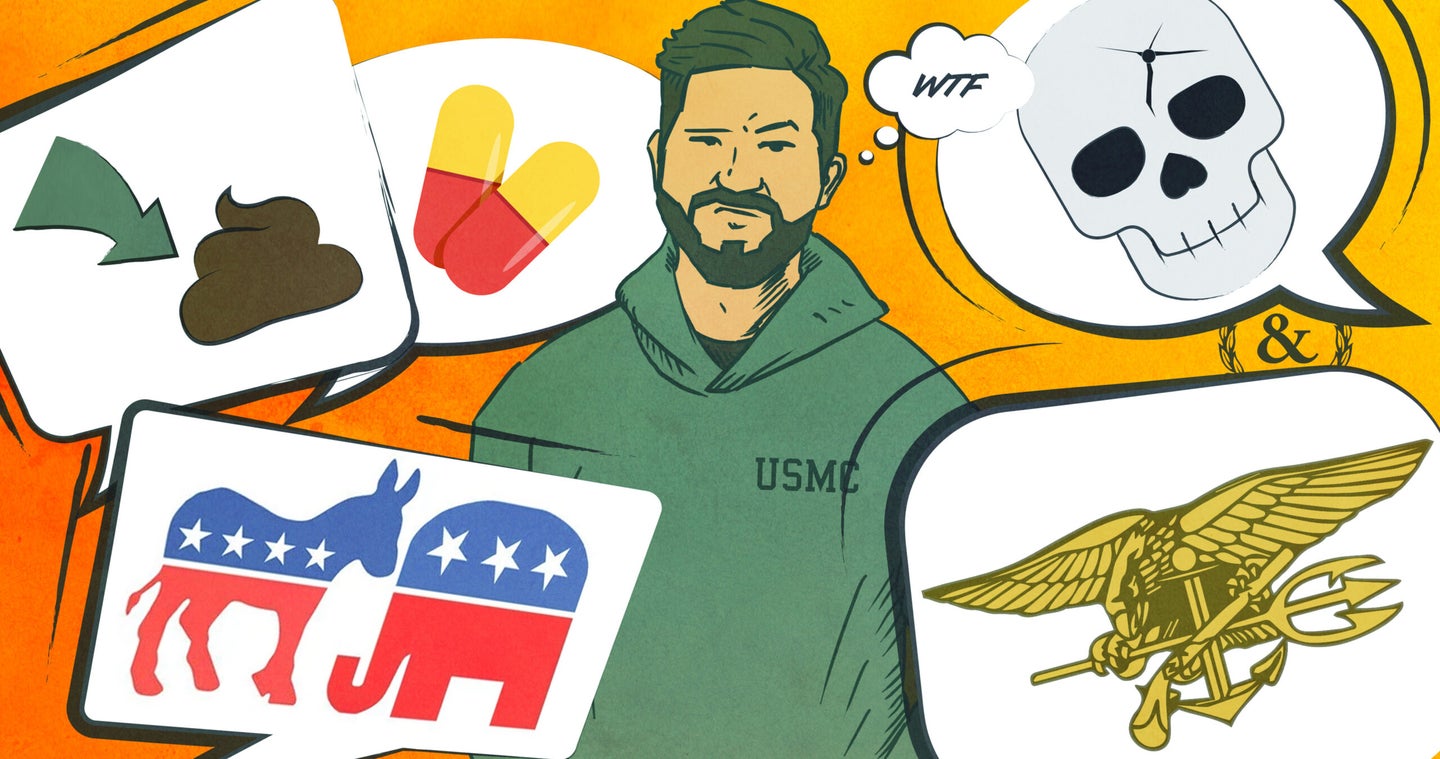 The size of the military veteran population in the U.S. is declining.

As of 2018, however, less than 10% of adults in the U.S. were veterans, according to a 2021 report from the Pew Research Center. The number of living veterans is only going to decrease, the same report said; by 2046, “there will be around 12.5 million veterans.”

While the population dwindles, veterans continue to play an outsized role in innumerable facets of American society, from pop culture to politics. And perhaps it’s because of that dwindling population, and because fewer Americans actually know a military veteran, that many misconceptions persist about who veterans are.

As we approached Veterans Day, Task & Purpose asked its readers what some of the most common misunderstandings about veterans are. Many people said they’re uncomfortable with being thanked for their service. Some said they wish people knew that just because they served in the military doesn’t make their opinion on anything more valid or qualified. A few readers pointed out how often people assume their male significant other is a veteran — instead of them, a woman.

“How many of us do people think there are?” one Twitter user said. “I keep hearing all these magic solutions that sound like there are whole cities of vets standing by.”

From not all veterans fitting into one political ideology to the fact that there are many veterans out there who never saw combat, there are plenty of misunderstandings veterans say they have to explain to their civilian friends and neighbors.

Just like the general public, the veteran population is diverse

The military and veteran population is a subset of American society, and like American society, they are diverse in more ways than just gender or background, but also in their beliefs, opinions, and lived experience.

According to the Department of Veterans Affairs, there are more than 2 million female veterans in the U.S., and women are the “fastest grouping group” of veterans, expected to make up 18% of the veteran community by 2040. Data from the VA also says that the number of veterans who are minorities is only going to increase over the next few decades.

For example, nearly 13% of veterans are Black and 8% are Hispanic. By 2045, those percentages are expected to increase to 15% and 12%, respectively.

And when it comes to veterans’ opinions and beliefs, there is no one-size-fits-all approach. Like their civilian counterparts, veterans are Republicans and Democrats and everything in between.

It’s obvious why Hollywood primarily makes movies and television shows about hard-charging combat troops, operators, and high-stakes missions — a movie about an administrative assistant probably wouldn’t break any box-office records. But there is no shortage of non-combat jobs that, while they may not be as exciting to the average civilian, are just as important.

Take for example someone who works in finance. It may not be the most thrilling job in the military, but service members and their families would certainly notice if their pay is late or incorrect.

A 2019 survey from the Pew Research Center found that roughly 40% of veterans were never deployed during their military service. That ratio changes for the Global War on Terror generation, of which 77% of veterans said they deployed at least once. Veterans in the post-9/11 generation are also more likely than their immediate predecessors to have seen combat: 49% of GWOT veterans had combat experience, compared to 24% of veterans who served before Sept. 11, according to the Pew Research Center report.

And ultimately, whether someone saw combat or not doesn’t determine their status as a veteran. They still served.

Not every veteran has post-traumatic stress

One of the biggest myths of military service is that everyone leaves their respective branch with post-traumatic stress disorder, or PTSD. According to the VA, between 11 and 20% of Iraq and Afghanistan veterans have PTSD “in a given year” — meaning the vast majority do not.

Nevertheless, a 2021 study found that of roughly 2,000 U.S. adults surveyed, 67% said they believe most veterans have PTSD; 26% of respondents also said they think the majority of people with PTSD are dangerous. That couldn’t be further from the truth. Experiencing PTSD doesn’t make someone broken, or mean they can’t function in a public place or civilian work environment.

“[W]e know a lot of people that serve, and they serve well with PTSD. They go on to lead great lives and they get promoted. They do wonderful things,” Dr. Anthony Hassan, the president and CEO of Cohen Veterans Network, a mental health non-profit focusing on post-9/11 veterans, said last year. “So, it’s just a myth that keeps on going despite all of the efforts. There is still a lot more work to be done.”

And PTSD doesn’t just come from combat. For example, a 2019 Defense Department Inspector General report found that service members who experience military sexual trauma are more likely to develop PTSD than service members who see combat. PTSD is also not specific to veterans — civilians experience traumatic events in their lives, too.

The bottom line is that PTSD has always been a possible side effect of war, and experiencing it doesn’t make someone any less capable or worthy than someone without it.

There’s no one reason why people join the military

Though there has long been a stereotype that those who join the military do so because they have no other option, that’s far from the truth. The reasons that service members join run the gamut from simply wanting a career — or even just a few years — in uniform, to wanting to take on a new challenge, or maybe because they saw a kick-ass movie that motivated them to head to the nearest recruiting office.

A 2018 study of enlisted troops found that many joined because they wanted to travel, the benefits that came with military service, or they just wanted job stability.

Similar misconceptions also exist when it comes to Americans who believe service members signed up because of a burning need to sacrifice and serve their country. A study published in 2020 found that “many Americans continue to subscribe to an idealized image of service members as moved by self-sacrificing patriotism,” and that there are even different beliefs over why people join between troops and their families.

“This belief is most heavily concentrated among conservative Americans. Liberal Americans are more likely to believe that service members join primarily for economic reasons,” the study said. “Those furthest to the left are more inclined to aver that service members join chiefly to escape desperate circumstances. Perhaps most surprising, we discover a disconnect between respondents with military experience and their families: The former are more likely to acknowledge that pay and benefits are a primary motivation for service, whereas their families are more likely to embrace a patriotic service narrative.”

Like any other job, people may have joined the military because they wanted to, or felt passionate about it. Maybe they wanted health care benefits for their family, or they had a friend who told them how fun shooting stuff during training was. Maybe their grandparents served and they wanted to carry on their family legacy, or they didn’t know what the hell else to do with their life and needed to buy time to figure out a long-term plan.

No matter what someone’s purpose for joining was, whether they served four years or 40, make sure to buy them a beer this Veterans Day. Or at least point them in the direction of the nearest Applebees.