The Marine Corps initiated the test to deal with declining physical fitness among its officers and NCOs. 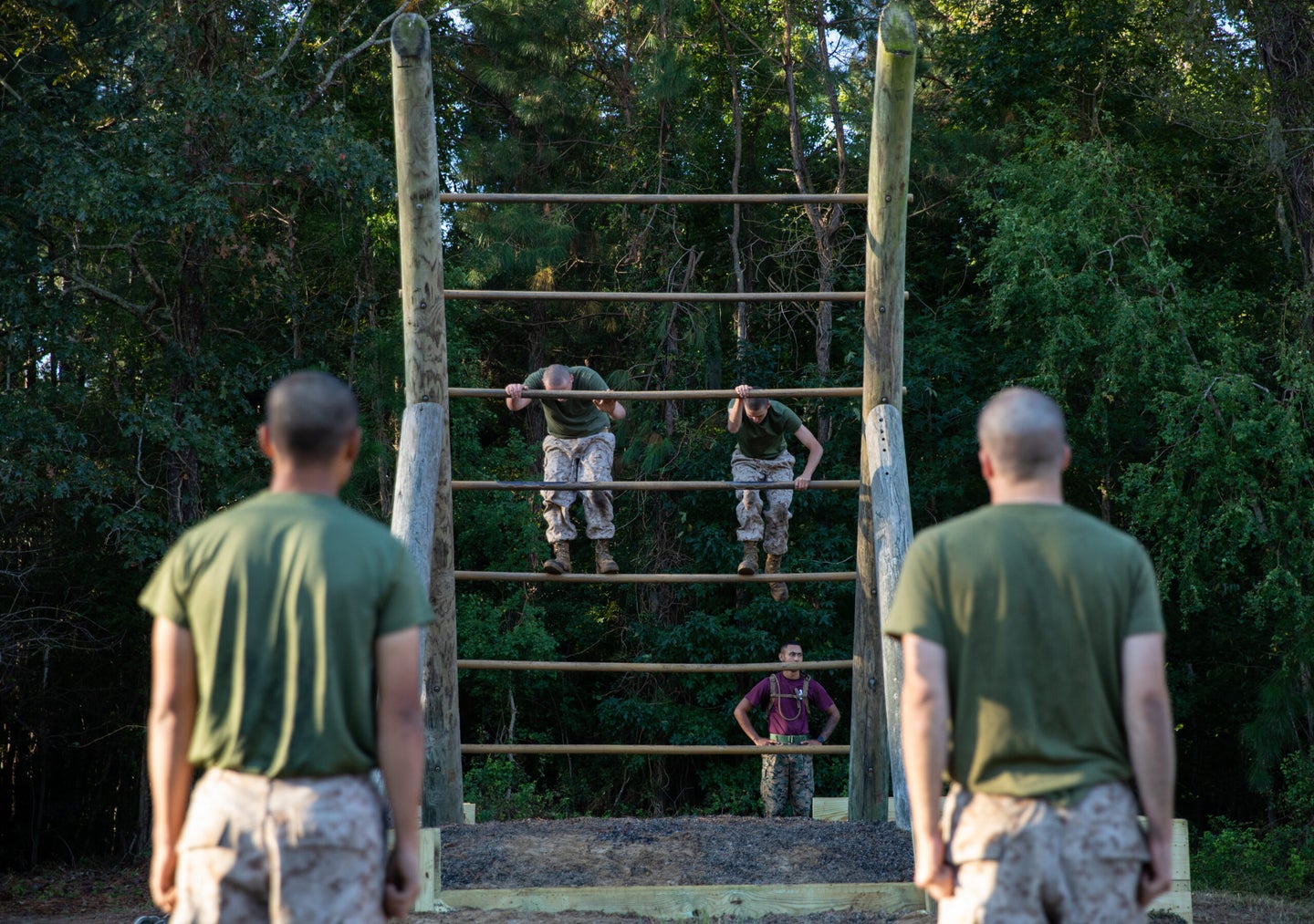 The military loves its physical fitness tests. Even though the Space Force is exploring ditching the annual tests for a “holistic health and fitness” regimen, the other branches are sticking with them. That includes the Marine Corps, whose physical fitness test has come a very long way since it originally began. Now Marines go through rigorous tests of upper body and cardiovascular strength.

Back then? Frankly, not so much.

The original Marine Corps “Physical Readiness Test” came out on Aug. 9, 1956. Today’s Marine Corps is tested on three skills: pullups, pushups and a three-mile run. The 1956 edition had more components, but the benchmarks aren’t as challenging.

“The purpose of the Physical Readiness Test is to determine whether a Marine meets a minimum standard of physical readiness,” the order outlining the test reads. “Further, it is intended to motivate the individual Marine to achieve and maintain a satisfactory condition of physical fitness.”

Marines of the 1950s were put to the test on multiple exercises. Commanders needed only a track, measuring tape, a stop watch and a chin-up bar to initiate the test. Marines needed to be able to do a minimum of three chin-ups, 21 pushups, 25 sit-ups in a two minute window, 15 squat thrusts in one minute, a six-foot-long broad jump and duck waddle 50 yards without stopping. The final part is being able to run half a mile without stopping. That last part is a far cry from today’s three-mile timed run. As for the rest of the tests, while not exactly nothing, they aren’t the toughest challenges, especially given some of the time windows to complete them.

“Regular periods of physical conditioning should be conducted prior to testing in order to prepare the individual for the test and to reduce the chances of possible injury,” the Marine Corps said. “Conditioning periods should be organized, held at regular intervals, and designed to meet the test requirements. A minimum of six or seven one hour periods within two weeks is recommended prior to testing. This preparatory time may be reduced as indicated for personnel whose military training provides adequate conditioning.

The Marine Corps initiated the test in part to address what it saw as lagging and decreasing physical fitness among career officers and noncommissioned officers. “There is a distinct tendency toward gradual decrease in physical fitness standards” on their part, and that is reflected in an inability to perform some of the most vital tasks in a combat situation. It also, the Corps argued, reinforces a lack of effort when it comes to physical training and conditioning.

The 1956 test might be easy in modern times, but it came out of a desire for the military to be in ready condition should the need arise. Right now, the military as a whole is struggling with a recruiting issue, in part because many potential servicemembers are not able to meet physical test requirements.