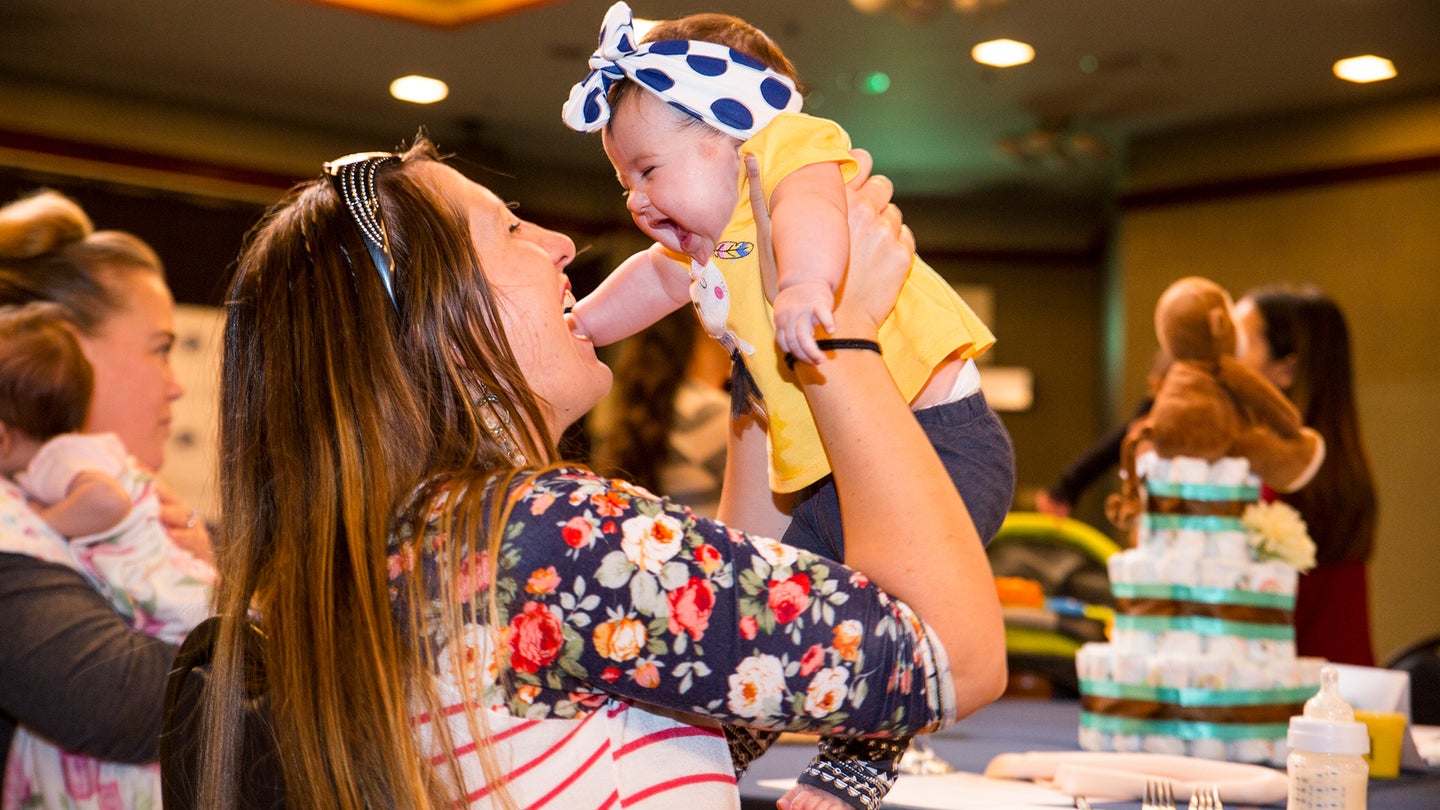 Marines now have an official handbook to help keep them in shape through pregnancy and beyond.

On Monday, the Marine Corps released its pregnancy and postpartum physical training handbook, which features sample workout programs and guidance for Marines and their commanders on how to “maintain fitness levels” during pregnancy and help them get back in shape after giving birth. The handbook is a supplement to a 29-page guidebook the Corps released in March.

“The continued success of our warfighting organization is credited to the incredible talents of the individual Marine,” the Corps’ announcement read, which credited the service’s Human Performance Branch with building a “physical training (PT) program to empower a pregnant or postpartum Marine to design her own PT regimen during this natural life event.”

The handbook, which is publicly available here, instructs Marines to check with their doctor for their individual needs but says that aerobic and strength training are safe during pregnancy and can lead to a number of benefits, including the promotion of healthy weight gain, reducing stress, and reducing back pain.

The Corps updated its 15-year-old regulation on parenthood and pregnancy last year, which urged Marines to keep working out during their pregnancy in light of new research. And in recent days, the service also extended the exemption from unit physical training and fitness tests for pregnant Marines from nine months to a year, soon after Military.com highlighted two Marines who were singled out for having children.

The Corps is also considering granting year-long maternity leave in an effort to recruit and retain more women, which often leave the service earlier than men to start a family. “We should never ask our Marines to choose between being the best parent possible and the best Marine possible,” said Gen. David Berger, the commandant.

Related: No, military women are not getting pregnant to avoid deployment