This Marine Will Be The Corps 1st Female Lt. General In 9 Years

Marine Maj. Gen. Loretta Reynolds, currently head of Marine Corps Forces Cyber Command, has been nominated to be the Corps’... 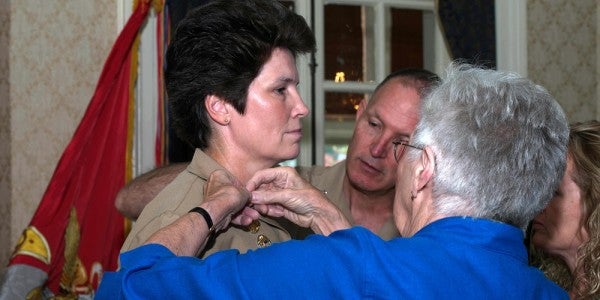