The Navy has named a female president of the U.S. Naval War College for the first time in its history just days after ousting her predecessor amid allegations of excess spending and inappropriate behavior 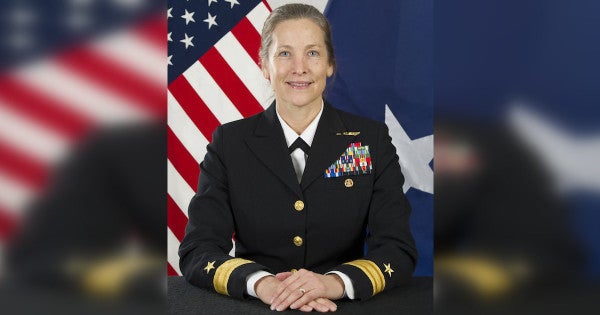 The Navy has named a female president of the U.S. Naval War College for the first time in its history just days after ousting her predecessor amid allegations of excess spending and inappropriate behavior.

“She is the embodiment of the type of warrior-scholar we need now to lead this storied institution as it educates our next generation of leaders,” Spencer said in a statement.

Rear Adm. Jeffrey Harley was administratively reassigned on Monday amid an ongoing investigation into alleged excessive spending and inappropriate behavior that purportedly included college-wide offers of Twister games in the office where he kept a working margarita machine.

That reassignment, to Director of Navy Staff, came just two days after an Associated Press investigation detailed complaints to the Office of the Naval Inspector General detailing allegations of day-time drinking and a propensity for rambling college-wide emails offering “free hugs.”

Under Harley's purview, the AP reported, the college spent roughly $725,000 on raises annually while enduring an annual budget shortfall of $5 million, raises Harley “appeared to grant unilaterally to some faculty, rather than consulting the college's other senior leaders, as is customary.”

“The drinking continues. Morale is at an all-time low,” employees wrote in a January complaint to the OIG. “Your biggest concern should be, however, the financial situation at the college.”

Before becoming the Navy commander responsible for Guam and the Northern Mariana Islands, Chatfield was commander of the Pacific Fleet's Helicopter Sea Combat wing and commander of a joint provincial reconstruction team in Afghanistan.

WATCH NEXT: Mattis Needs A Drink