The Marine Corps made history yesterday, when 2nd Lt. Lillian Polatchek became the first female Marine to graduate from the... 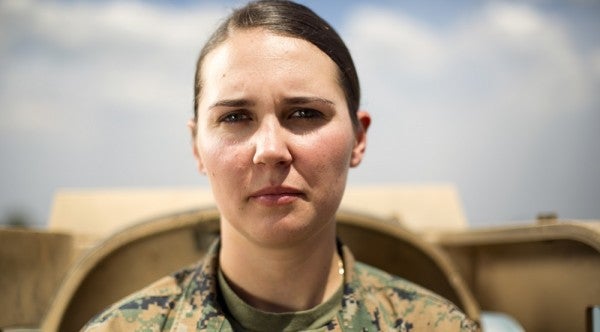 The Marine Corps made history yesterday, when 2nd Lt. Lillian Polatchek became the first female Marine to graduate from the Army’s Armor Basic Officer Leaders Course. Not only is Polatchek a trailblazer for being the service’s first female tank officer — she also graduated at the top of her class.

The 19-week course takes place at Fort Benning, Georgia, where service members are trained up on the finer points of kicking ass in 50-ton armored killing machines, and directing the fire and maneuver of behemoths like the M1 Abrams.

“Although the course is fairly large… the small group of Marines that go there really worked well together,” Polatchek said in a Department of Defense press release, adding that the top three students were all Marines.

Today, a Marine made history. pic.twitter.com/6qK8de6Yw0

Even so, Polatchek downplays her role in making military history.

“Ultimately, I'm sort of just looking at it as another Marine graduating from this course,” she said in the video.