Female Infantry Marines Will Train, Fight, And Sleep Alongside Their Male Counterparts

The decision to integrate female service members into combat arms units has some worried that it might lead to a... 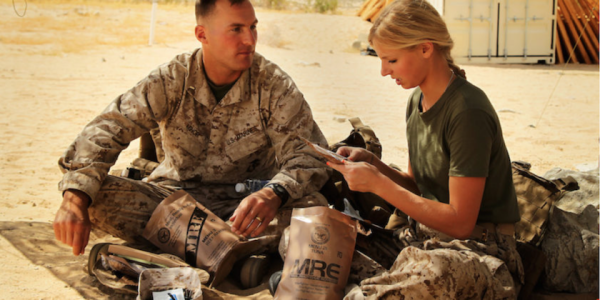 The decision to integrate female service members into combat arms units has some worried that it might lead to a spike in incidents of sexual assault. A bunch of men and women cozying up over bowls of chili mac in the woods, drenched in rain and mud and misery, miles from civilization. Something is bound to happen — or so the theory goes.

Related: Marine applying for combat arms slams her critics like a true grunt >>

But now that the integration process has finally begun, concerns over sexual assault and fraternization appear to have been eclipsed by a focus on maintaining the status quo. After much deliberation, the Marine Corps has decided: the first female infantry Marines will share foxholes and tents with male infantry during field exercises.

The first three female infantry Marines — a rifleman, a gunner, and a mortar Marine — joined 1st Battalion in early January. As Marine Times reports, they were assigned their own rooms, showers, and bathrooms in the barracks. In the field, however, it will be business as usual.

When it comes to doing what infantry Marines get paid to do — be in the shit, essentially — males and females will be treated as equals. As in, Marines with ovaries will live, train, and fight with their unit, just as Marines with testicles do. And, at least in 1st Battalion, 8th Marines, they will also be held to the exact same standards — physical, mental, tactical, etc. — that apply to their male counterparts.