Gun owners in California may soon be required to undergo background checks before purchasing ammunition — and even more proposed... 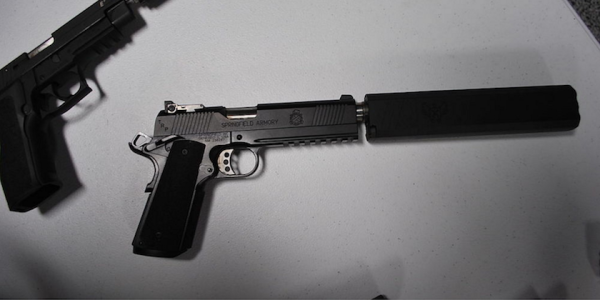 Gun owners in California may soon be required to undergo background checks before purchasing ammunition — and even more proposed regulations could result in higher ammo prices across the state,Guns.com reports.

Also known as The Safety for All Act of 2016, Proposition 63 is meant to close perceived loopholes in California’s gun control laws. The initiative was approved by California voters by a 63-37 margin in the general election last November.

If implemented in their current form, the regulations would treat ammunition sales like gun sales, put measures in place to strip guns away from convicted felons, and prohibit Californians from possessing magazines that hold more than 10 rounds.

To purchase ammunition, Californians would have to buy a four-year, $50 permit available only to those who first pass a background check. This would make California the first state to require background checks for ammo sales, according toGuns.com. There are also plans to develop a system that would allow the DOJ to electronically track all sales and transfers of ownership of ammunition within the state.

Meanwhile, vendors caught selling more than 500 rounds of ammo per month without a license would be slapped with a misdemeanor, and internet sales would be illegal unless the transaction happens through a locally licensed middleman. On top of any fees imposed by the DOJ, vendors would have to purchase a $198 annual permit, the cost of which could be transferred to customers via a $5 per sale on immediately available cartridges and, asGuns.com writes, “additional storage fees for special orders.”

Stores would also be required to lock up ammo to help prevent theft. Violations could result in a six-month license suspension or the license being revoked followed by a one-year probation period, after which another could be applied for.

The next step following the approval of Proposition 63 was for the California Department of Justice to submit settled language for the new gun regulations. The deadline was July 1; however, they weren’t unveiled until last week and will, asGuns.com notes, “still need lengthy public comment before they can take effect.” Whatever CDOJ proposes, the new gun regs have to be in place by Jan. 1, 2018 so vendors have time to apply for licenses. That deadline, however, may change if efforts to counter the initiative are successful.

Naturally, the California Rifle and Pistol Association is leading the charge to push back, joined by the National Rifle Association and a number of law enforcement and civil rights groups,Guns.com reports. CRPA’s president, Chuck Michel, said in astatement in November that he’s confident President Trump’s election would give opponents of Proposition 63 more clout in the fight.

“With our victory in the presidential election, successful legal challenges will now be filed against all these new ill-conceived and unconstitutional laws, and those cases will be heard by a new Supreme Court that will see these laws as the Second Amendment violations that they are,” Michelsaid.

According to a pro-regulation op-ed published last year in the San Diego Union-Tribune, California boasts the strongest state firearm laws in the country, and has seen gun deaths drop by 56% over the last two decades — twice as much as they’ve dropped in many other states.

Proposition 63 was passed on the first anniversary of the Islamist-inspired mass shooting in San Bernardino that left 14 people dead.