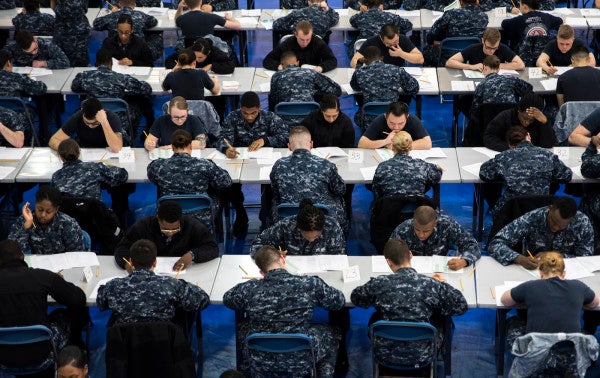 Commanding officers will have the ability to restore the E-4 rank of sailors who were demoted to E-3 for minor offenses under new guidelines that take effect in December, the Navy said.

Commanders can reinstate the sailors to the higher rank six months after demotion if the offenses are minor and not a judicial punishment, the Navy said Wednesday.

“Our profession relies on trust and confidence up and down the chain of command,” said Vice Adm. Robert Burke, chief of naval personnel. “We expect our COs to make decisions that are ultimately aimed at developing our sailors’ character and competence.”