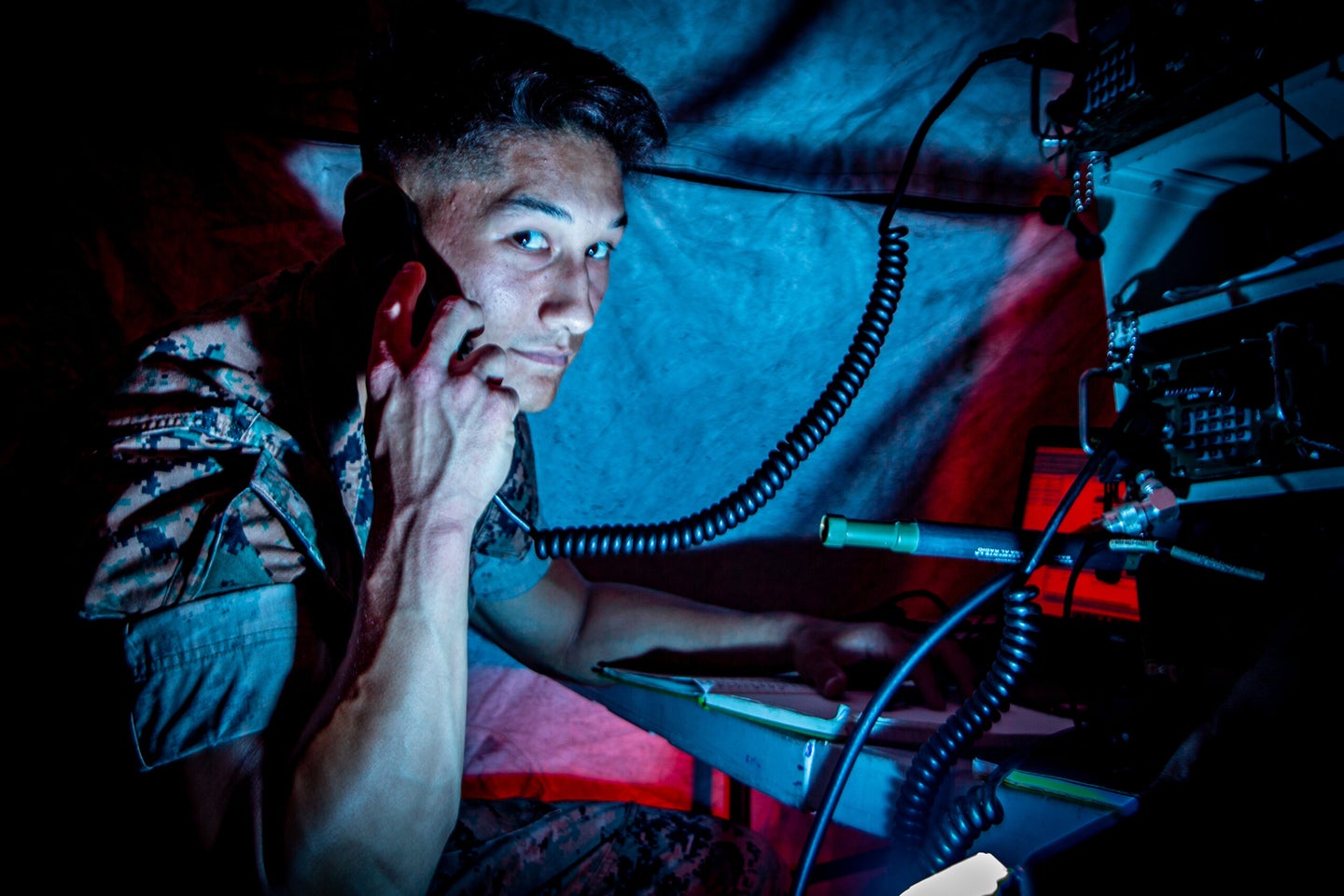 The Marine Corps is adding four new jobs for those hoping to fight on the front lines with ones and zeros.

On Tuesday, the service announced it was creating four new military occupational specialties: 1712, Interactive On-Net Operator; 1713, Exploitation Analyst; 1722, Host Analyst; and 1723, Network Analyst, according to an administrative message released by the deputy commandant for information. The Corps also updated its specialty of cyber warfare operator (1721) and ditched the role of offensive cyberspace operator (1711) entirely.

The changes are the latest effort by the Corps to build a “professional cyber workforce” after debuting the new ‘17XX’ cyberspace occupation field in September 2018 and later deploying “tactical cyber teams” alongside the Navy in the Pacific. Notably, the new roles essentially create a well-rounded Marine hacker force to defend U.S. military networks and attack the networks of adversaries like China and Russia.

Marines from lance corporal to gunnery sergeant can now take on the primary military occupational specialty of Cyber Warfare Operator (1721) who “employ offensive and defensive cyber tools, tactics, techniques, and procedures,” according to the job summary, which suggests they can hack in support of strategic, operational, and tactical objectives.

Operators will also be trained to “emulate” the tricks of the other side to help find vulnerabilities in Department of Defense networks.

The three other professions are called “necessary” military occupational specialties as they allow for additional training to complement a primary job. Marines in several intelligence and cyber fields can pick up additional training as an interactive on-net operator, or 1712, which are described as “technical experts in defensive and offensive cyber operations” whose duties will vary as they advance in rank from lance corporal to master gunnery sergeant. But they can likely expect to probe enemy networks and work to develop stealthy ways to get inside, according to the Army’s description of a similar job.

Marine exploitation analysts (1713) will require “advanced cyber analytical training” since they are primarily tasked with developing exploits to take over an adversary computer system. “Analysts must be experts with adversary systems, networks, technologies, tools, techniques, and procedures,” says the summary for the job, meaning that analysts will be trained to find ways to manipulate, disrupt, or destroy enemy networks.

Marine network analysts with the 1723 specialty appear to be defensive roles responsible for analyzing network traffic on U.S. military networks to “discover anomalies” long before adversary hackers gain full access and potentially steal sensitive data. Their cohorts in the 1722 specialty, host analysts, will need to possess “advanced knowledge” of services on the Windows, Unix and Linux operating systems.

The addition of new roles in the Marine Corps’ growing cyber force comes several years after then-Marine Commandant Gen. Robert Neller laid out his vision for recruiting the right people to take on emerging threats that are vulnerable to digital attacks, such as drones and enemy communications nodes.

In a 2018 speech at the Naval War College in Newport, Rhode Island, Neller said the Corps needed to be “more flexible” in order to retain cyber warriors and offer them a career trajectory that will keep them in uniform, according to a Fifth Domain report.

“If you get qualified as a cyber Marine, you ain’t ever leaving, unless you want to,” Neller said, portraying the Corps as already being in the middle of a digital battle, according to the site, which quoted Neller as saying the Corps was in “phase 2.5 against potential countries and adversaries,” an apparent reference to the five stages of military operations.

Weeks after Neller’s speech, the Corps released its 87-page manual on cyberspace training and readiness, which established standards for how cyber Marines would operate. The core “mission-essential” tasks for the new force included planning, directing, and conducting both offensive and defensive cyberspace operations. The Corps stood up its first defensive cyber company the following month.

More recently, the Corps created a voluntary “cyber auxiliary” force to help with cyber and IT issues in February 2020 and deployed defensive cyber operators aboard the USS America in April 2020, according to Fifth Domain. Marines on the flagship were focused on “proactively” defending the networks of the America Expeditionary Strike Group.

The strike group and its embarked Marines from 1st Battalion, 7th Marine Regiment is currently underway in the South Pacific, according to the U.S. Naval Institute.

“We need to educate and train to the constant changes and advancements to our communication infrastructure in today’s world,” said Capt. Neal McGaughey, a cyberspace warfare development officer, in October 2020. “The enemy is developing new strategies to achieve dominance in the information environment. The Marine Corps has proven our adaptability to always remain the most effective and lethal force in the world; this applies to the information domain as well.”