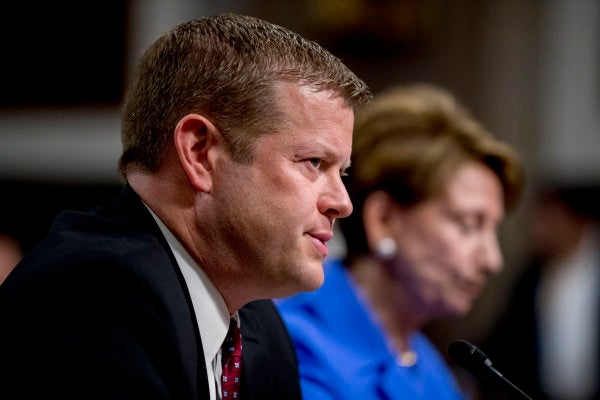 An internal Army document obtained by Task & Purpose lays out the many ways in which the service could suffer if its sweet, sweet congressional funding doesn't land soon.

Training exercises, field equipment, educational opportunities, facility upgrades and more could all be at risk — severely undercutting the efforts Army leaders have been making to get the service to peak readiness.

Although the Army recently released a brief rundown of how a year-long continuing resolution could hurt the service, the FY20 Command Program Budget Advisory Committee (PBAC) Update document gives a more in-depth idea of how each Army command would deal with a CR, which leave the department operating under 2019 spending levels.

The document was made to update senior Army leaders on what to expect if a longterm CR becomes reality — which doesn't seem that unrealistic when you take into account the fundamental disagreements from a Democrat-controlled House, and Republican-controlled Senate and White House.

It essentially answers the question of, “What could possibly go wrong?”

For example, the Army Criminal Investigations Command could see the elimination of “the conduct of of criminal intelligence analysis” in the Terrorism & Criminal Investigative Units — the risk being that terrorists and criminals in theater “may go undetected and escape prosecution.”

Overall, the document points to readiness as the biggest loser of a yearlong CR. For the U.S Army Acquisition Support Center, a decrease in funding could “impact all training devices fielded in the Army.” The document calls something like this a “severe to catastrophic” impact on the Army.

“Every soldier in the Army; ever Apache, Abrams, and Bradley crew; every Brigade Combat Team undergoing a Combat Training Center (CTC) trains on [Army Training Aids, Devices, Simulators and Simulations] and Digital Ranges maintained and in some cases operated by ATMP,” the document says.

The Army's 2020 recruiting goal of over 68,000 soldiers is “significantly” at risk as some IT contracts at Human Resources Command could be put on the chopping block.

Housing repairs would be threatened — senior Army leader projects, which include addressing “substandard housing,” and limiting “further deterioration of facilities,” are at risk in the event of a year-long CR.

European Command could see the reduction or cancelling of a strategic deployment, “degrading our ability to deter Russian .”

The National Guard could get screwed as reduced funding would “adversely impact NTC rotations.” According to the Army's analysis, it risks commanders losing “flexibility to ensure all personnel and equipment arrive in proper sequence.”

The Army War College could see a reduction in leadership seminars, IT upgrades, and more.

Earlier this year, Trump signed off on a budget deal that gave $738 billion in Defense Department funding, which Defense Secretary Mark Esper called “a good number,” adding that he had “no complaints.” But actually getting the money to the Pentagon is another story, especially when Washington is embroiled in an impeachment fight, along with heated disagreements over President Trump's southern border wall, and the use of Pentagon funds to help build it.

Trump signed a short-term CR last week to keep the government funded through Dec. 20 — the second such bill this year. And Politico reports that it's “increasingly likely” that lawmakers will have to sign yet another CR when the current one runs out.

House Appropriations Committee member Rep. Mark Pocan (D-Wis.) told Politico that while they hope to get a budget deal done by December, “we'll see if it gets extended again … Once you get to February or March, it's unlikely you don't have a forever CR.”