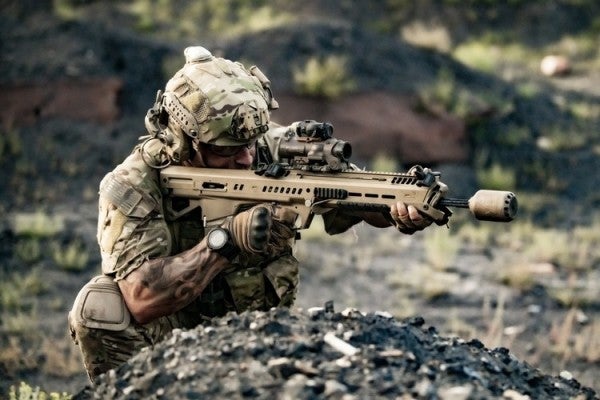 It looks as though lawmakers aren't too keen on shelling out additional funding for the Army's much-hyped next-generation squad weapon after all.

Over the course of this year's defense budget wrangling, House and Senate Armed Services Committees had previously added an extra $19.2 and $19.9 million, respectively to the to fiscal year 2020 National Defense Authorization Act to increase funding to the Next Generation Squad Weapon (NGSW) program.

The additional funding put the total budget for infantry support weapons at around $126 million, well above the Pentagon's initial request for roughly $106 million for the line item.

But the conference version of the NDAA that's currently working its way through Congress, lawmakers ended up nixing the additional funding for the NGSW.

The NDAA line item for infantry support weapons, which includes the Next Generation Squad Weapon

The reason for the cut? The new funding “would have created hollow budget authority,” one HASC aide told Task & Purpose. “Since it became apparent that the Appropriators would not follow our increase.”

Translation: Even if lawmakers authorized the additional funding to the NGSW in the NDAA, appropriators simply would not have funded it in Congress's final spending bill. Consider it a bit of legislative smoke and mirrors: There was no point in adding that money because it never would have been actually appropriated in the first place.

Army modernization officials previously told Congress recently that the service aims to field the NGSW to soldiers by fall 2021.