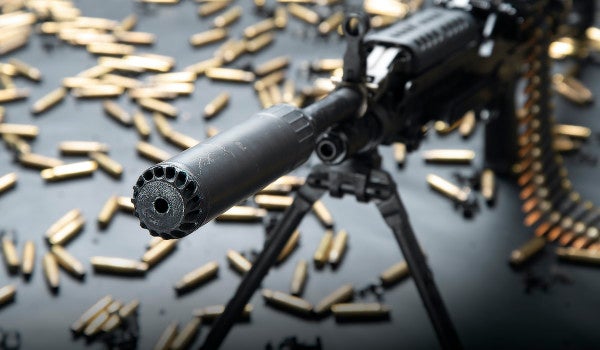 The Army is eyeing a pair of new suppressors as part of its much-anticipated Next Generation Squad Weapon program.

Two weeks after selecting those contractors for NGSW prototyping, the service issued a sources sought notice for an NGSW IDEA program to identify “new, innovative, enabling technologies” for the weapon, fire-control system, and specialized 6.8mm ammo.

Although the prototypes gunmakers flaunted at the Association of the United States Army's annual meeting in October included removable suppressors, the IDEA program is searching for fresh technologies for “experimentation, technical evaluation, and/or assessment of operational utility focused on enhancing system performance, sustainment, and/or training,” the original notice reads.

The Defense Department's budget request for fiscal year 2021 indicates that the Army wants $35.8 million to procure prototypes of the next-generation weapons system, as well as $11.9 million in specially-designed 6.8mm ammo for the NGSW.

Beyond completing prototypes and down-selecting a final vendor for production, the remaining funding will go towards research and development for the NGSW.

The Army plans on fielding the NGSW and its related 6.8mm ammo some time in fiscal year 2023